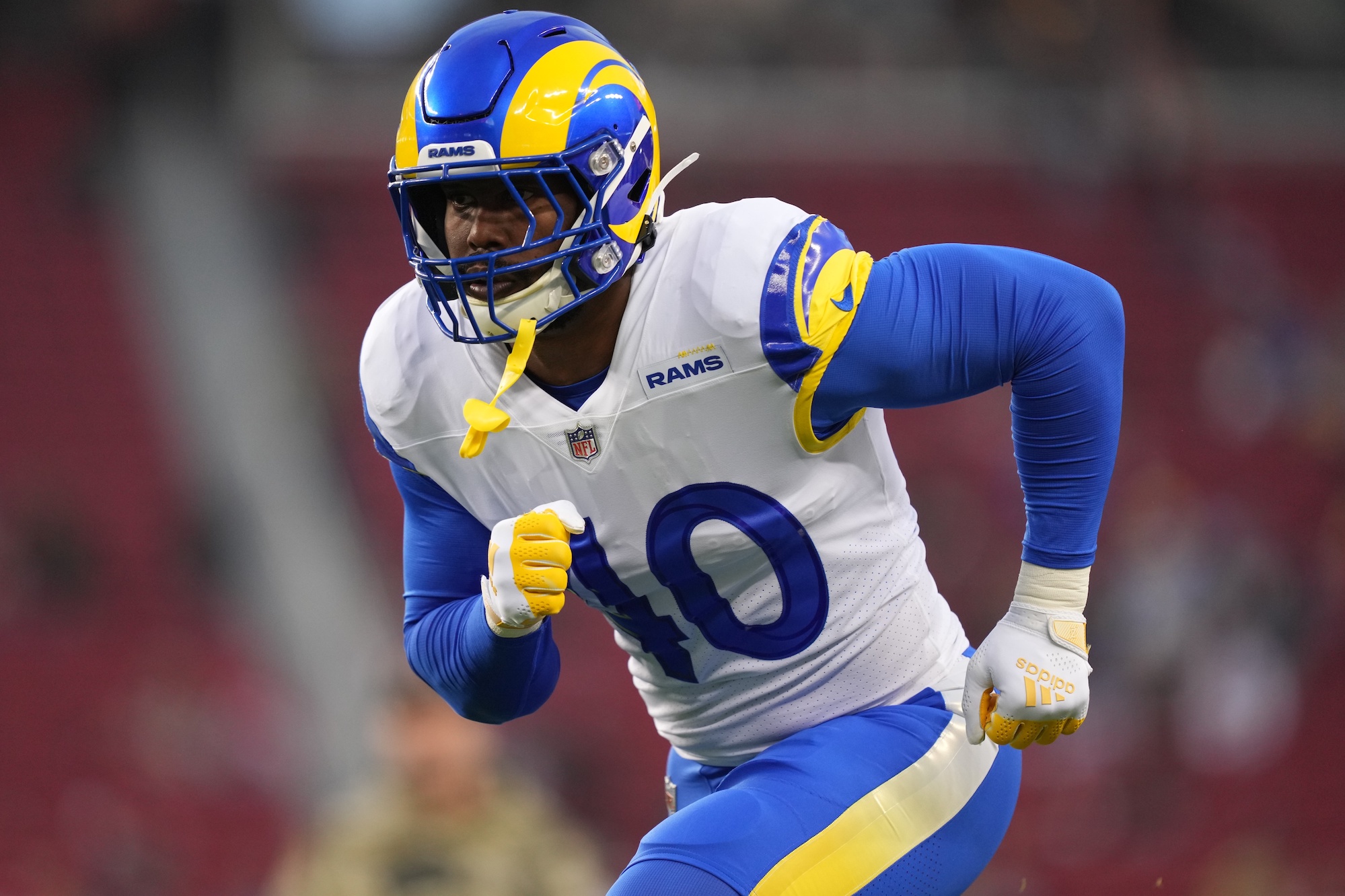 The Dallas Cowboys have experienced an offseason filled with turnover. Salary cap difficulties paired with questionable front-office decision-making led to the departures of several starring players such as La’el Collins, Amari Cooper, Connor Williams, and Randy Gregory. The loss of Gregory, who signed a five-year contract worth $70 million dollars with the Denver Broncos, had specifically hampered Dallas’ pass-rushing depth.

A lot of expectations are now placed on the shoulders of Micah Parsons and DeMarcus Lawrence, who are fully capable of producing 20-sacks as a tandem. Cowboys legend and all-time sack leader DeMarcus Ware recently expressed his personal dreamlike scenario that involved the Cowboys signing Von Miller. Ware and Miller played three seasons together in Denver, and Miller is a native of nearby DeSoto, Texas.

“Von Miller called me and asked if Dallas was interested,” Ware recently said.

Ware went on to label the metaphorical trio of Miller, Parsons, and Lawrence a “three-headed monster” while admitting he wanted Miller to end up a Cowboy.

Dallas’ defense would have undeniably benefited from adding a weapon like Miller to their already scary arsenal. There’s no denying that. Dallas’ stingy defense allowed the seventh-fewest points per contest (21.1/game) last season, but Miller would have helped a Cowboys pass rush that finished 14th in the regular season with 42 sacks (it’s worth noting Lawrence missed more than half the season). Miller ultimately signed a six-year contract with the Buffalo Bills worth $120 million with $51.4 million in guarantees. The cash-strapped Cowboys couldn’t afford Miller at the time, which swiftly put Ware’s wishes to bed. Given Miller’s final price tag, the Cowboys were probably better spending such resources elsewhere, especially given the current makeup of their roster.

The Cowboys rounded out their depth behind Lawrence and Parsons in an alternative manner. They signed free-agent outside linebacker Dante Fowler Jr., who reunites with Cowboys Defensive Coordinator Dan Quinn after the pair crossed paths in Atlanta. Quinn’s presence makes Fowler a worthy reclamation project. Dallas also drafted Ole Miss’ Sam Williams with a second-round selection in the 2022 NFL Draft. So while the budget didn’t allow them to fit Miller into their plans, the Cowboys still possess one of the most feared pass-rushing duos in the game, and the depth behind Parsons and Lawrence currently appears adequate.

The Cowboys possess the cap space necessary to make a notable addition. Despite beginning the offseason with some salary-related issues, the Cowboys currently possess approximately $20 million in cap space, via Spotrac’s Top 51 Calculator. That places them inside the top five of available cap space. Dallas is unlikely to add another starting-caliber pass rusher to their roster, but we shouldn’t rule out the acquisition of an offensive lineman or wide receiver given what they lost across those positions earlier this offseason and the abundance of free-agent talent that remains available.

Miller is headed to Canton once his playing days are over and all 32 teams should have possessed some level of interest in acquiring his pass-rushing services. The Cowboys’ starring duo of Parsons and Lawrence, paired with the difficult decisions they were forced to make this offseason, made not pursuing Miller an understandable choice. Miller received a sizable contract from the Bills that would have made little sense for the Cowboys to match. Ware’s scenario correctly did not come to fruition.