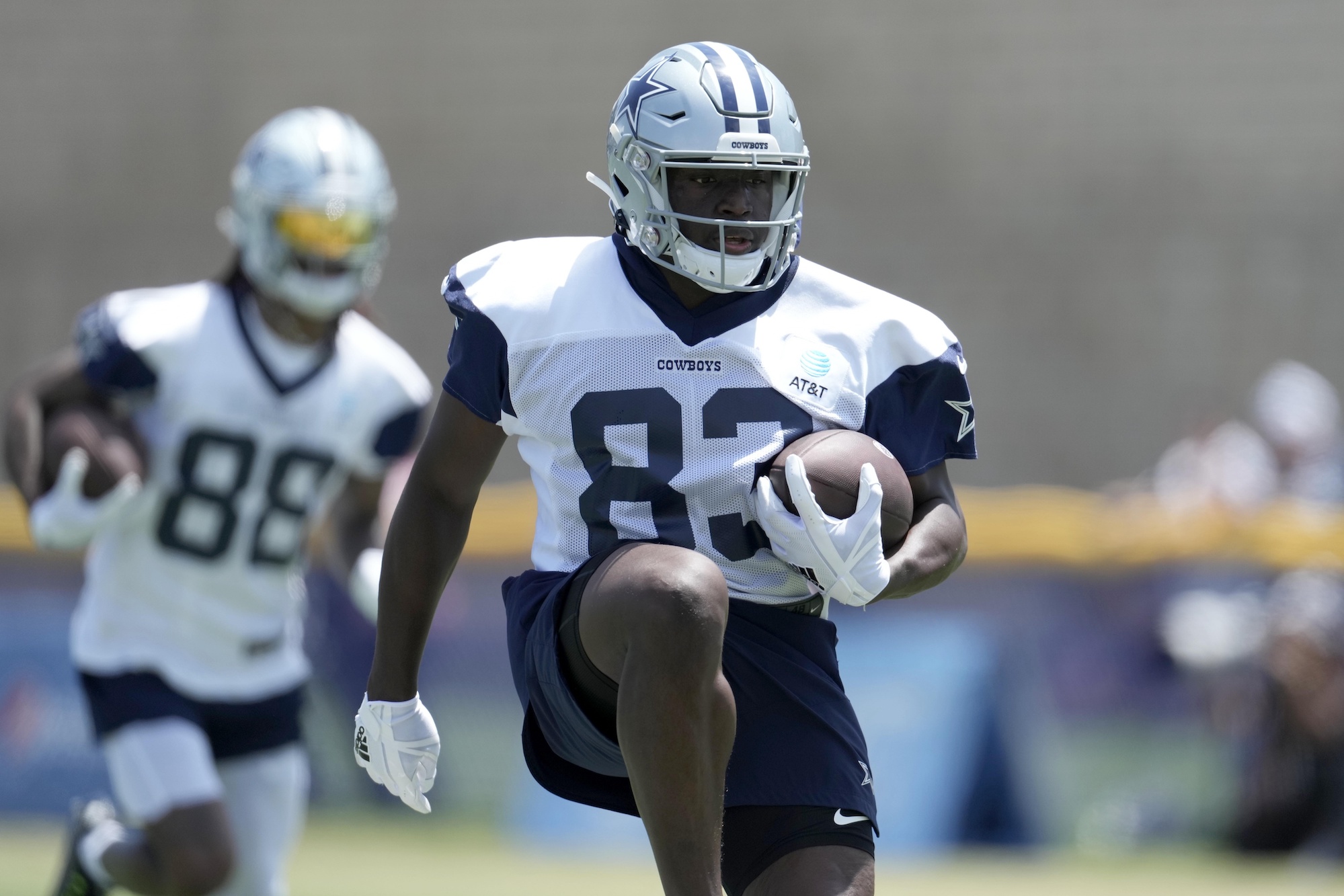 3 WRs Cowboys Could Sign To Fill-In For James Washington

Dallas Cowboys wide receiver James Washington suffered a serious foot injury during Monday’s practice. Washington was diagnosed with a Jones fracture that will sideline him for approximately 6-10 weeks. It rules Washington out for several of Dallas’ early-season contests. It’s a significant blow to a Cowboys receiver corps that lacks the depth to navigate through such an injury.

The Cowboys took this risk by trading Amari Cooper to the Cleveland Browns in the offseason. Fellow receiver Cedrick Wilson Jr. signed a more lucrative contract with the Miami Dolphins in free agency. Michael Gallup was re-signed, but Gallup continues to rehab from last season’s torn ACL and isn’t expected to be available for Week 1. The Cowboys’ offseason dealings at receiver have put them in a difficult spot.

Washington’s injury catapults rookie receiver Jalen Tolbert into a starting role. The 88th overall selection in the 2022 NFL Draft, Tolbert is a small-schooler from South Alabama that is now being counted upon heavily to immediately produce as a first-year player. Noah Brown or Simi Fehoko would be utilized in three-receiver sets. That doesn’t represent an ideal scenario for the Cowboys’ offense as things stand.

Is there a more obvious reunion worth pursuing? The 33-year-old Cole Beasley spent the first seven campaigns of his career as a member of the Cowboys. Beasley carved out a reputation for himself in Dallas as a high-level slot receiver before signing with the Buffalo Bills, who released him from his contract earlier this offseason. Beasley remains on the open market, anxiously awaiting his next opportunity to play for a contender. The Cowboys should possess an interest in signing Beasley.

In seven seasons in Dallas, Beasley racked up 319 receptions for 3,271 receiving yards and 23 touchdowns. Cowboys quarterback Dak Prescott would benefit greatly from a security blanket like Beasley, who still excels at getting open underneath the coverage. The Cowboys’ new-look receiver room could use the reliability Beasley has offered throughout his career. A Dallas, Texas native, Beasley would likely welcome a second opportunity to represent his hometown team.

The Cowboys are momentarily without the services of a vertical threat in Washington. Washington is a bit of a one-trick pony as a receiver with a penchant for creating chunk plays vertically via speed and ball-tracking abilities. The Cowboys signed him as a deep specialist and reclamation project. With Washington now on the mend for the foreseeable future, Will Fuller may be viewed as a like-for-like replacement.

One of the most explosive and dynamic receivers in the game when healthy, Fuller would immediately form a fearsome quarterback-receiver duo alongside Prescott. The Cowboys averaged 282.2 passing yards per contest last season, which ranked second in the league behind the Tampa Bay Buccaneers. Adding Fuller to the fray would increase Dallas’ chances of repeating last year’s passing-game success. Fuller is one of the most intriguing receivers still available in free agency. Today’s pass-happy league is all about creating explosive plays, which Fuller does in bunches. On his best days, he’s an absolute difference-maker.

T.Y. Hilton is already being linked with a move to the Cowboys, per Sports Illustrated’s Mike Fisher. Hilton remains a free agent after failing to reach an agreement with the Indianapolis Colts this offseason. The Colts are the only franchise Hilton has ever played for, but that may change in 2022. Hilton didn’t enjoy a particularly fruitful campaign last season. He battled through injury en route to recording career-lows in receptions (23), receiving yards (331), and touchdowns (3).

There’s reason to believe Hilton can be an effective receiver in 2022 despite his advancing age. An opportunity to play alongside CeeDee Lamb would help Hilton earn favorable matchups in coverage, something he was rarely afforded in Indianapolis. Cowboys owner Jerry Jones has always preferred to make a splash. Signing Hilton to replace Washington would make nationwide headlines.