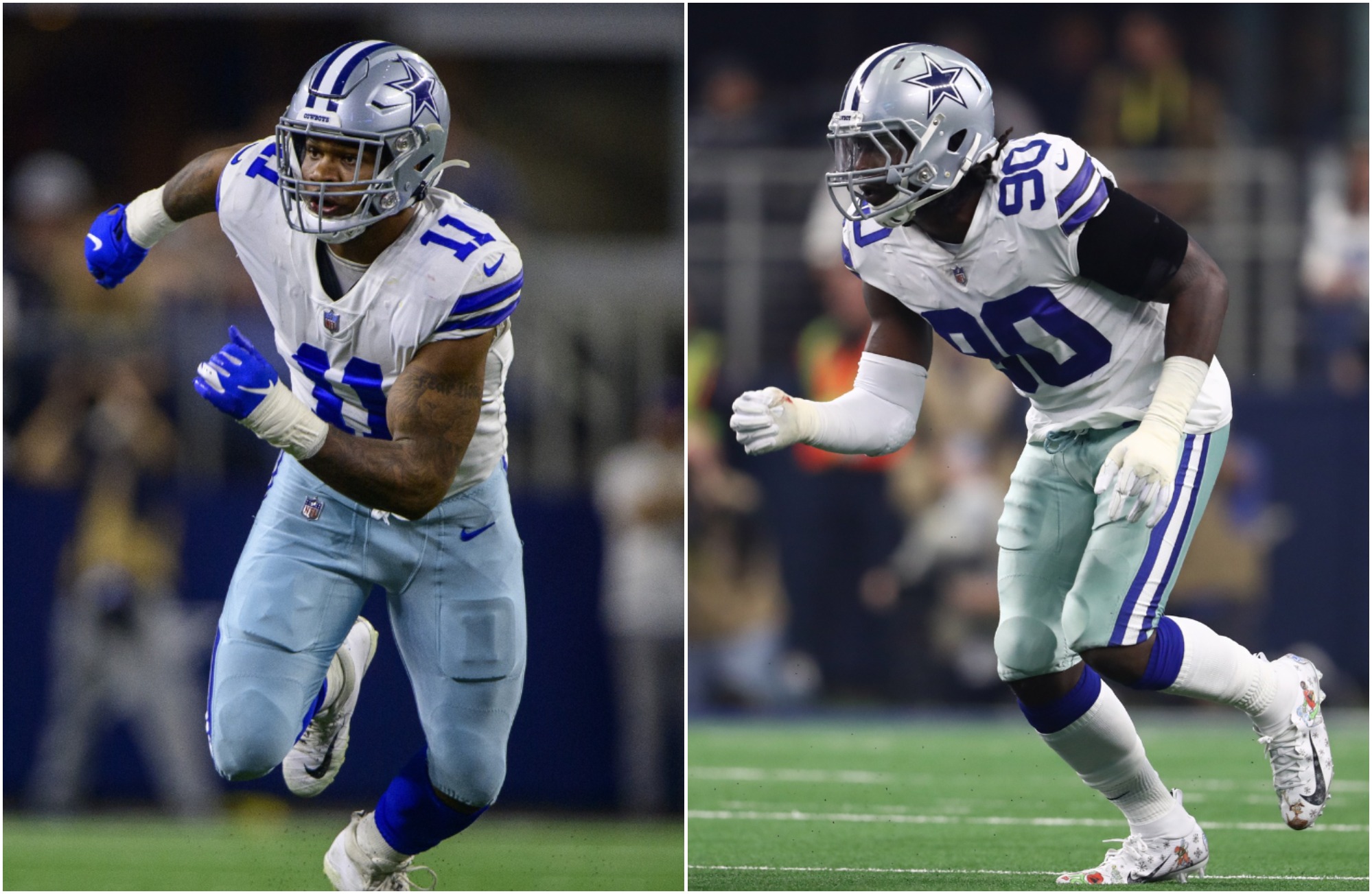 There appears to be a healthy competition brewing in Dallas between a pair of high-level quarterback hunters and Cowboys teammates in EDGE defenders Micah Parsons and DeMarcus Lawrence. A rookie defender out of Penn State, Parsons absolutely exploded in 2021 for 13.0 sacks en route to earning a Pro Bowl appearance, First-team All-Pro honors, and the NFL Defensive Rookie of the Year award. A proven veteran, Lawrence aims to become Dallas’ leading sack artist again in 2022, but Parsons is the likelier candidate to lead the Cowboys in that category for the second consecutive season—although the race could end up being closer than what’s suggested at first glance.

Lawrence recently had fun while declaring an in-house competition between Parsons and himself, claiming he “let a rookie show me up last year.” One of the more consistent pass rushers in the league, Lawrence generated 3.0 sacks in 2021 while being limited to seven regular-season appearances due to injury. Lawrence underwent surgery in mid-September for a broken fifth metatarsal in his foot and didn’t make his return until early December. It obviously hampered Lawrence’s sack totals and he should be significantly more productive throughout the 2022 campaign. It still makes Lawrence unlikely to reach the heights Parsons is capable of reaching as a sophomore defender that should take another step forward.

What was expected to be a temporary move to the edge for Parsons in 2021 (born out of sheer necessity due to injuries, with Lawrence’s absence ironically at the forefront) essentially became permanent as Parsons unleashed his pass-rushing abilities while taking over Lawrence’s vacant spot on the right side of their defensive line. Dallas’ edge-rushing depth took a hit this offseason and defensive coordinator Dan Quinn will likely lean on Parsons once again.

Parsons’ 13.0 sacks finished just 1.5 sacks shy of breaking Jevon Kearse’s single-season rookie sack record (14.5). Not only is Parsons capable of repeating last season’s success, but flirting with 20-plus sacks and Defensive Player of the Year honors doesn’t feel totally out of the realm of possibility for Parsons. An entire offseason further acclimating to his new surroundings will serve Parsons well. Players routinely take steps forward in year two and Parsons is going to be downright scary if he manages to do so.

Parsons’ closing burst and suddenness allow him to attack the backfield on a snap-by-snap basis. When placed in newfound positions to rush the passer, Parsons’ short-area explosiveness allowed him to challenge opposing offensive tackles with terrific lateral movement and fluid flexibility. His body control in all directions opens up a world of possibilities (and moves) as a pass rusher.

When analyzing their impending competition, history leans relatively heavily in Parsons’ favor. Lawrence reached 13-plus sacks (Parson’s rookie total) just once in his professional career and it occurred five seasons ago when he totaled a career-best 14.5 quarterback takedowns in 2017. He hasn’t reached double-digit sacks since 2018.

Some of Lawrence’s struggles to recapture his early-career form from 2019-21 can be chalked up to health and an overall lack of effective playmakers around him. Lawrence led the Cowboys in sacks in 2020 with a mere 6.5. The unreliable Randy Gregory missed the first six games of that campaign due to suspension and an at-the-time impending reinstatement, and the reclamation project of Aldon Smith finished second in team sacks with just 5.0. Lawrence was impacted by the opposing offensive line’s ability to direct the majority of their attention towards him and him alone. That’s no longer the case with Parsons also creating havoc up front and Lawrence’s sack totals should increase as a result.

The Cowboys are in a terrific position. Mike McCarthy and Quinn are unlikely to put much thought into which of their superstar pass rushers will accumulate the most sacks in 2022. They likely realize how fortunate they are to possess two sack artists that are realistically capable of doing so. A healthy Lawrence and improved Parsons have officially placed NFC East signal-callers on appropriate notice. The Cowboys can realistically expect 20-plus sacks from Parsons and Lawrence with Parsons leading the clubhouse.