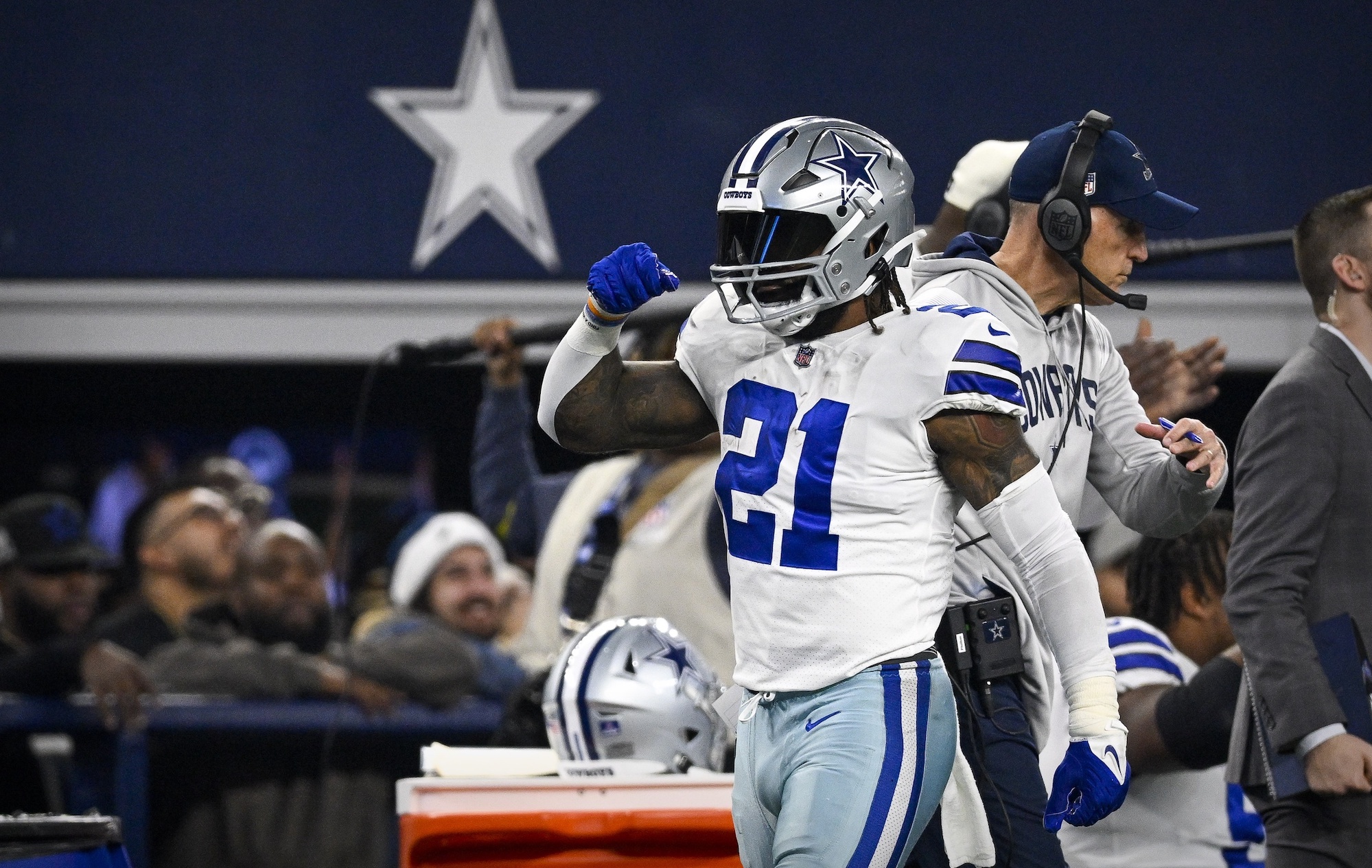 The Dallas Cowboys’ 2022 campaign reached its conclusion following Sunday’s divisional-round defeat to the San Francisco 49ers. Stephen and Jerry Jones will now enter an offseason that’s guaranteed to welcome change. One of the more difficult decisions surrounding the Cowboys’ offseason is centered around running back Ezekiel Elliott.

Ezekiel Elliott is willing to accept a pay cut in order to remain with the Cowboys in 2023, according to reports. While the sentiment is appreciated, the Cowboys should forego such an offer and outright release Elliott.

Elliott is currently scheduled to earn a base salary of $10.9 million while carrying a sizable cap hit of $16.7 million, per Spotrac. Elliott and his representation likely realize his declining skill set doesn’t command such figures, hence their alleged willingness to accept a pay cut. Such a resolution would have to be completed prior to the new league year deadline of March 15.

The Cowboys are currently scheduled to possess $1.8 million in cap space. This happens to be the first offseason since Elliott signed his lucrative extension that he doesn’t have any guarantees tied to his salary. That provides the Cowboys with leverage to either push for a reworked contract or release Elliott.

Designating Elliott as a post-June-1 release would save the Cowboys his entire scheduled salary of $10.9 million, via Spotrac. Elliott’s dead cap hit of $5.82 million in 2023 and $6.04 million in 2024 would be triggered, but it’s a minimal price given the substantial savings. While a reworked contract offers the Cowboys an alternative choice, accepting reality and taking the savings on Elliott’s contract represents their best option.

Elliott also posted career lows in receptions (17) and receiving yards (92) while scoring zero receiving touchdowns for the first time in his career. Elliott isn’t impacting the passing game like he used to, another reason for Dallas to admit the inevitable.

Elliott finished his campaign in particularly poor fashion. He rushed for 26 yards on 10 carries (2.6 yards per carry) in Dallas’ postseason defeat to San Francisco. Elliott rushed for 37 or fewer yards in Dallas’ last four contests. He hasn’t averaged 4.0-plus yards per carry in a single showing since a mid-December victory over the Houston Texans.

Dallas’ running back plans potentially took a startling turn on Sunday. Tony Pollard suffered a fractured fibula against the 49ers and now faces a lengthy road to recovery. Pollard supplanted Elliott as Dallas’ lead back while capturing a career-high 1,007 yards and nine rushing touchdowns. Pollard’s rookie contract is scheduled to expire on March 15 and his injury adds a new layer to potential negotiations.

Dallas should possess an interest in retaining Pollard, but a fractured fibula means he may not be ready for the start of the 2023 season. Pollard’s new reality may convince the Cowboys to rework Elliott’s contract as insurance. It’s a fluid situation in Dallas’ backfield.

Elliott is an all-time great Cowboy, but the Jones family shouldn’t make decisions based on sentiment. The possibility of a reworked contract could keep Elliott in Dallas, but the Cowboys should simply release Ezekiel Elliott and accept the financial savings.