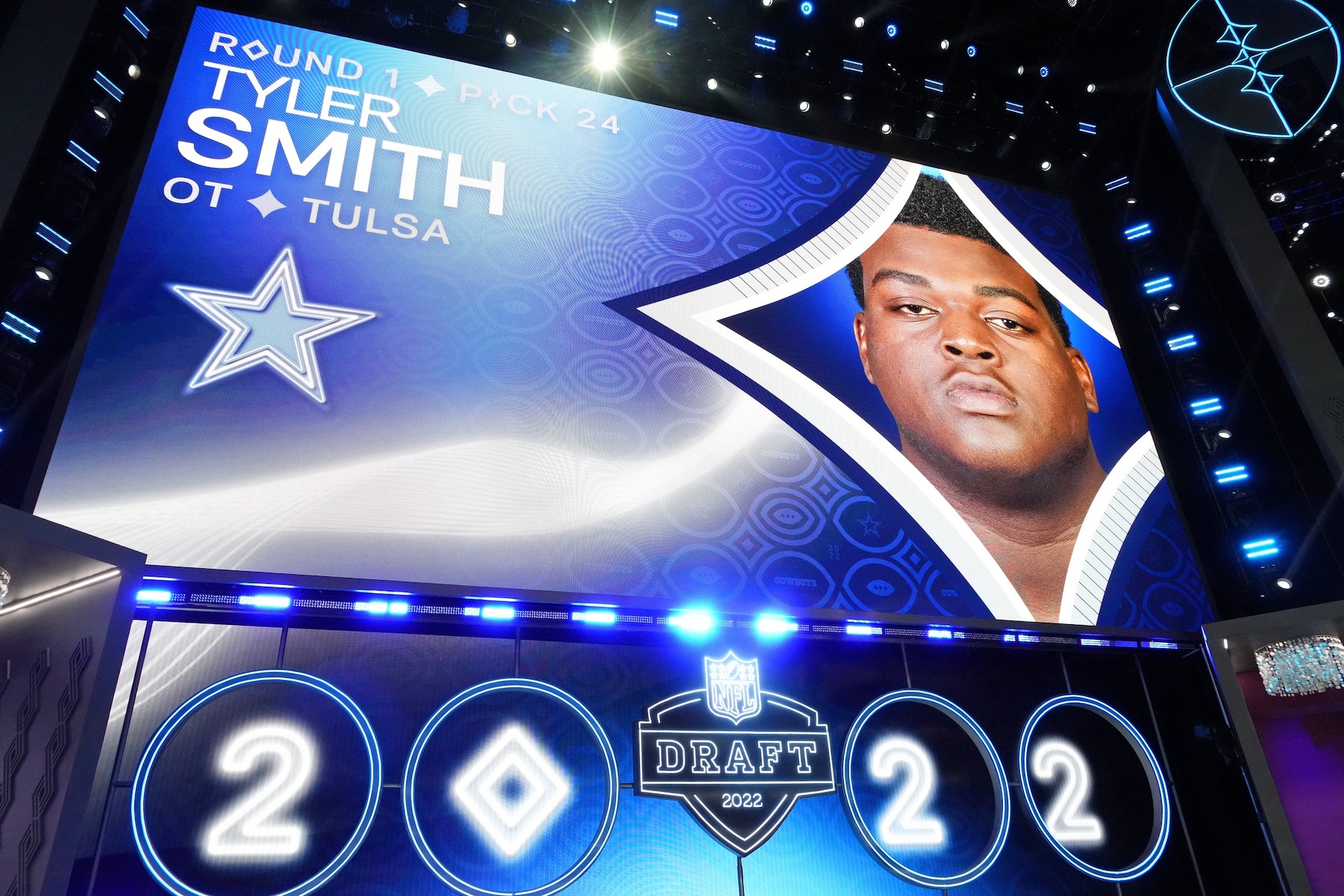 The Dallas Cowboys entered the 2022 NFL Draft hurting in several key areas. The team lost another two members of their offensive line unit this offseason with the departures of Connor Williams and La’el Collins. Wide receiver Amari Cooper was traded to Cleveland in a cost-saving maneuver and Cedrick Wilson left for Miami in free agency. Randy Gregory spurned the team at the last minute in favor of signing with Dallas. And so when you consider all of that and review the moves the team made throughout the course of NFL draft weekend, you can certainly see the vision the Cowboys tried to bring to life.

Because while Dallas lost a guard and a tackle, they drafted one of each within their first five picks. A speed rusher left in free agency and so the team drafted one in the top-100. Wide receiver? You guessed it — they went there early. But how do the picks they made actually suit the team for 2022? I’m glad you asked.

Let’s start with this: the ceiling for Tyler Smith is immeasurably high. He’s a mauler in the run game with top-shelf athleticism and plenty of untapped ability at his disposal. Smith is a tone-setter up front who will provide plenty of movement in the run game and has the lateral mobility to steer defenders in zone concepts, as well.

But this isn’t necessarily a finished product. And I am being kind with that assessment.

Smith had more holding penalties last season than you can count on two hands and a foot. His hand placement and punch timing is irregular and results in undisciplined challenges at the point of attack. His pass sets need added focus.

And we’re presuming that Smith is going to have to learn on the job — Dallas has voids at both right tackle and left guard that need filling. How quickly he gets up to speed is likely to define the early chapters of this draft class.

Dallas is banking on a change of scenery as the key to unlocking Williams’ full potential. A big senior season at Ole Miss led Williams to 12.5 sacks and 15 tackles for loss, but there were still some stretches of time in which Williams went quiet on the field. Context is key, however. Ole Miss often asked him to reduce down and play in tight alignments.

Williams will be best-suited rushing outside-in and letting his initial charge up the field test the discipline of tackles. With Demarcus Lawrence and Micah Parsons in the front, Williams should get plenty of one-on-ones and opportunities to make plays will be plentiful.

Speaking of plentiful one-on-ones, Tolbert comes into the offense as presumably the sixth option in the passing game behind CeeDee Lamb, Michael Gallup, Ezekiel Elliott, Tony Pollard and Dalton Schultz. This is a classic case of using the draft to make a lateral move with big-time financial benefits.

Tolbert wins vertically down the field at a consistent clip and figures to tackle that selective volume in the passing game with little dropoff. And with a third-round rookie contract, he’s much cheaper than the $7M per season the Miami Dolphins signed Wilson to this offseason.

I love Waletzko as a developmental tackle and could absolutely see him becoming a viable starter in time. The biggest question here is not the size or the strength or the athleticism; it is the speed of the game. Blocking NFL pass rushers is a little different than blocking Idaho State defenders, but Waletzko showed at the Senior Bowl and the NFL Scouting Combine that he’s got what it takes physically.

So have some time and some patience on this selection, Dallas fans. I see this as a potential steal if you don’t prematurely force him into action.

Being 6-foot tall, nearly 200 pounds and having sufficient athleticism would seem to be a nice launch point for a Day 3 corner. And indeed that is the case with Bland, who has been sturdy in coverage for the Bulldogs and gives Dallas a legit contender to claim the third outside cornerback role. Maybe Anthony Brown and Jourdan Lewis, two defenders ideal to keep inside, stay in front of him, but if Trevon Diggs and Kelvin Joseph are your model for playing outside, Bland’s length is a significant tool for his resume to be the de facto outside backup.

Well, one thing we can say for certain is that Dallas is FEARLESS with these injured linebackers — Jaylon Smith and now Damone Clark. Clark was a TDN100 prospect who tumbled due to a spinal fusion surgery that will put his 2022 rookie season on ice. We, of course, don’t adjust grades for injury as we don’t have all of the relevant information to make educated decisions on injuries. And so Dallas, at pick No. 176, gets themselves a top-100 talent to redshirt and hopefully see take the field in 2023.

This late in the draft? That’s good process.

I was very surprised to see John Ridgeway tumble down into the fifth round of this year’s class as well. And for Dallas, I really like the fit and not just the value. The Cowboys don’t have many true “space-eaters” inside. Ridgeway can absolutely be that.

Yes, he needs to get better with his pad level consistency in order to reach his full potential. But his stiff hands and firm disengagement skills make him a viable rotational player early on for the Cowboys — which is all you can hope for with a fifth-round pick. And the ceiling is higher than that, too.

Athletic linebackers like Harper, who posted a 4.5s 40-yard dash and a 40.5-inch vertical jump, will always get a look late. Dallas adding a potential contender to compete with the backups and push for a roster spot is never a bad thing and they bet on a player with the right kind of physical tools to pull it off with how athletic Harper is.

Listen, I think you would be perfectly within your rights to gripe about Dallas wanting to prioritize a green, inexperienced offensive lineman at No. 24 overall and ask whether or not he’s the right player to step into the void and make Dallas’ offensive line better. But Dallas got appropriate (or better!) value at just about every other stop along the way throughout the course of this class. Tolbert at No. 88 overall is a suitable replacement for Cedrick Wilson; whereas the likes of Ferguson, Waletzko, Clark and Ridgeway are all players I perceive to be developmental starters who can be very good in due time.

Suitable value early and good value late is the makings of a rock-solid draft class for Dallas in their efforts to sustain their winning window. 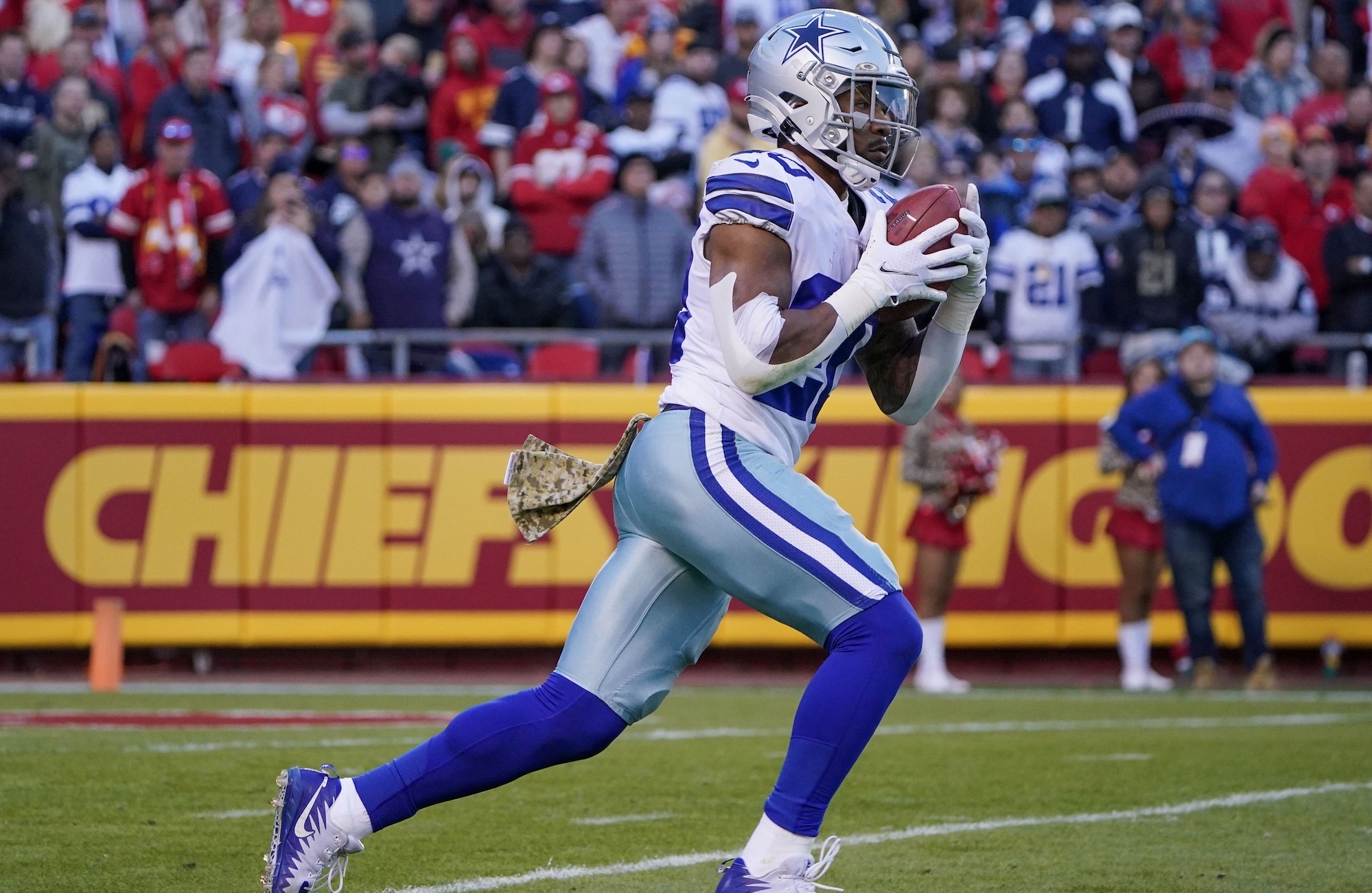