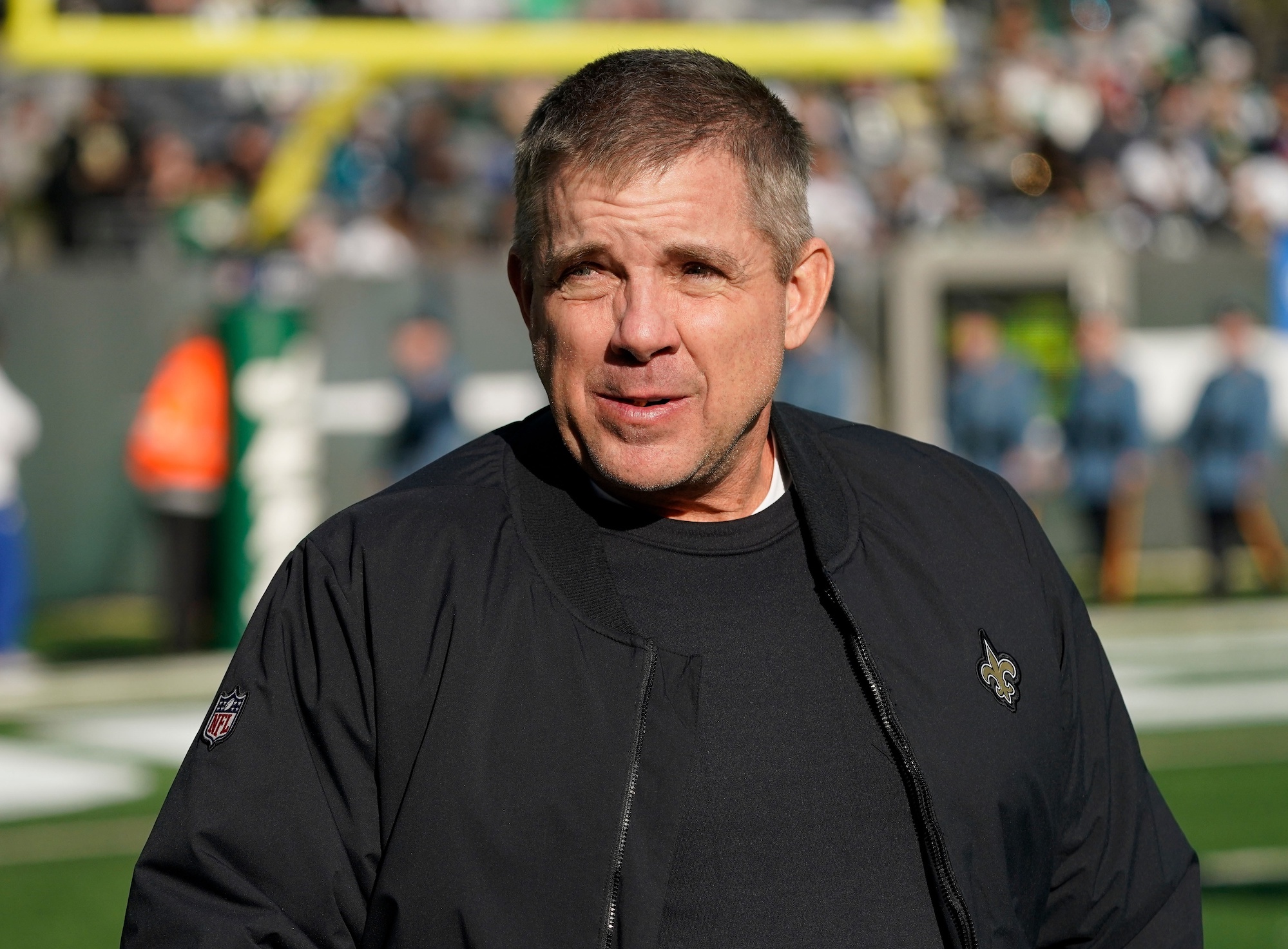 Could Sean Payton Be Next Chargers HC?

Former New Orleans Saints Head Coach Sean Payton shocked the football world by retiring from coaching earlier this offseason. One of the most successful coaches of the previous two decades, Payton is expected to work the 2022 season in a media-related role. Nothing has really indicated Payton’s retirement is permanent, and the Super Bowl winner is expected to return to the sidelines sooner rather than later.

Offseason reports indicated the Miami Dolphins made an extremely lucrative offer for Payton to become their next coach, but the San Mateo, California native preferred to enjoy a much-deserved break from the game. The Dolphins pivoted by hiring Mike McDaniel, but a new report from the Miami Herald indicates the Dolphins could once again be of interest to Payton sometime in the future should McDaniel fail to nail down the job long-term. The Dallas Cowboys and Los Angeles Chargers are also mentioned as teams that could possibly monitor Payton’s status. Should all three jobs become available to Payton at some point, the Chargers would represent the best fit for Payton’s next journey.

The report indicates Payton would prioritize several factors when deciding his next move. Warm weather, a talented roster ready to contend for a Super Bowl, a franchise quarterback, and control over personnel decisions are among them. While Payton may find that combination within any of the three metaphorical possibilities mentioned, the Chargers represent the surest thing (as far as a franchise quarterback and ready-to-compete roster go), Should the Chargers fail to reach their goals in 2022, Payton’s presence could immediately catapult them to superstardom.

Chargers quarterback Justin Herbert is the X-factor that helps the Chargers separate themselves from the pack. Arguably the most talented ascending quarterback in the league, Herbert experienced an outstanding sophomore campaign in 2021 by throwing for 5,014 yards and 38 touchdowns in his first full season under center. The former Oregon product is a legitimate MVP candidate heading into his third season.

Payton is well aware of what can be achieved while coaching a roster-transcending quarterback. Payton enjoyed coaching the Canton-bound Drew Brees for a staggering 15 campaigns and the two men enjoyed a historic amount of success together as one of the more dominant head coach-QB duos of the 2000s. Payton possesses one of the most brilliant offensive minds in the league and would undoubtedly help Herbert elevate his game to new heights. That would be a scary thought for the other 31 franchises.

The remainder of Los Angeles’ roster is loaded with talent extending beyond the quarterback. Chargers General Manager Tom Telesco has done an excellent job building around Herbert. Telesco managed to re-sign receiver Mike Williams this offseason. Williams led the team in receiving yards and receiving touchdowns last year while forming a high-level one-two punch alongside the always reliable Keenan Allen. Dual-threat running back Austin Ekeler remains an elite playmaker, and Telesco added some backfield insurance by drafting the exciting Isaiah Spiller. The offensive line was viewed as a weakness last season, but first-round pick Zion Johnson should immediately move the needle in the right direction.

In New Orleans, Payton often benefited from hiring a quality defensive coordinator and letting them oversee a talented unit. Taking over the Chargers job would place Payton in a similar environment. Telesco made several incredible defensive additions this offseason, including shutdown cornerback J.C. Jackson and edge rusher Khalil Mack. Jackson joins a secondary that already included Derwin James, Nasir Adderley, and Asante Samuel Jr. The pass-rushing duo of Mack and Joey Bosa could realistically combine for 25-plus sacks this season. In the trenches, the signings of Austin Johnson and Sebastian Joseph-Day should help improve Los Angeles’ run defense. Payton would be inheriting a top-10 NFL defense on paper.

The impending season looms especially large for second-year head coach Brandon Staley. Staley was viewed as a viable candidate when he landed the Chargers job last season, but his first season in charge ended in disappointment. The Chargers failed to qualify for the playoffs last year following a soul-crushing Week 18 loss to the Las Vegas Raiders. That failure has done little to lower expectations for 2022. The Chargers are not only expected to make the playoffs but they’re expected to compete for a Super Bowl. It could be a difficult task in a new-look AFC West that houses the elite Kansas City Chiefs, improved Denver Broncos, and Raiders.

Should Staley fail to catapult the Chargers to the heights they’re capable of reaching, a more proven leader like Payton may be waiting in the wings.