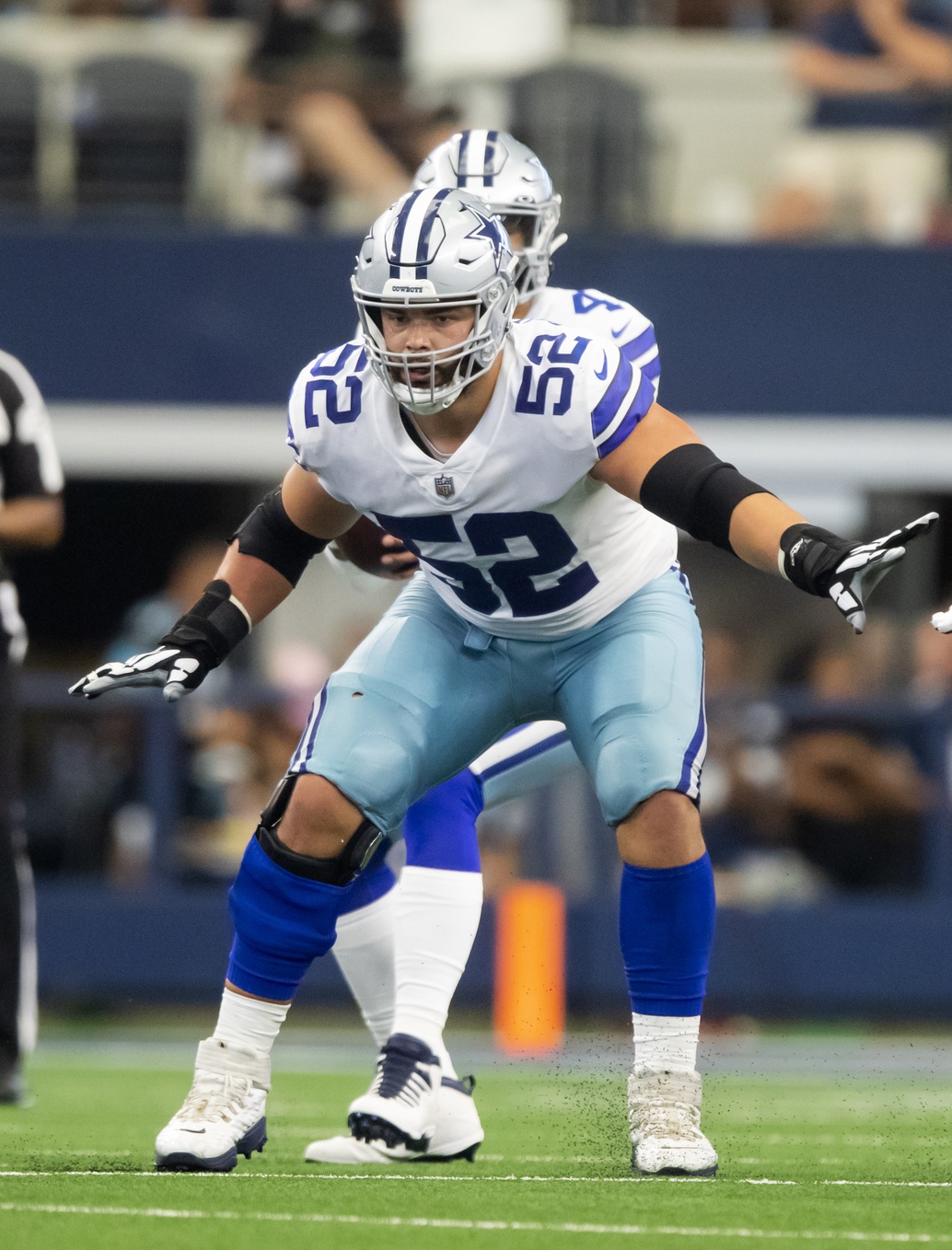 It wouldn’t have taken you long while watching the 2021 Miami Dolphins play football to recognize one of the painstakingly obvious Achilles heels of the roster—the team simply wasn’t very good up front on offense. The Dolphins’ offensive line produced a stunning 235 pressures in the passing game last season despite touting a passing attack designed specifically to remove dropback passing and long snap-to-release times. You could throw the same proverbial curveball in the dirt to this unit and they’d likely swing and miss each time in their effort to get it blocked up.

The primary culprits are hard to isolate: the team touted joint offensive coordinators, a first-time NFL offensive line coach and just one player in the group that had more than 16 career starts to his name prior to the start of the year. That’s a bad mix. Clearly.

But the Dolphins, in retrospect, also offered some self-inflicted wounds along the way, particularly with rookie offensive tackle Liam Eichenberg. Eichenberg spent OTAs, minicamp, and training camp bouncing back and forth between left guard and right tackle (after spending his career at Notre Dame as a left tackle), only to be bounced to left tackle for the season opener against the New England Patriots due to Austin Jackson testing positive for COVID-19. Within the next month, Eichenberg was pushed back to right tackle before ultimately settling in at left tackle for the majority of the season.

This was all done in the name of versatility and finding the proverbial “best combination of five” to play up front. And while the “best five” for the 2021 Dolphins may not have been saying much, one can’t help but wonder if the Dolphins’ second-round draft choice in Eichenberg would have looked different had the team either allowed him to stick at left tackle from the jump (not likely given the presence of Austin Jackson, a 2020 first-round choice) or simply entrenched him in a single spot and asked him to master one role before charging him with filling several.

But what we do know is that the Dolphins’ ideology up front was broken. The traits the team coveted seemed to not be adding up after multiple top-50 selections on the line struggled early (in both Jackson and Eichenberg). The team’s coaching and performance on the line regressed every year—former head coach Brian Flores had four offensive line coaches (and four offensive coordinators) in three seasons. If the past investments (and future performance) were to be salvaged, the chance Miami made this offseason may have been a necessary one; as it felt as though Flores had exhausted many of his options to fill out an offensive assistant staff. And that’s where new head coach Mike McDaniel comes in.

The thought process with McDaniel is that the well-known, witty, and crafty play designer from the Kyle Shanahan tree could use his experiences in the Shanahan system to help craft a winning formula for the Dolphins—namely, one that can ignite a running game that ranked 30th in yards and 31st in yards per carry last season. That improvement, in theory, should go a long way in boosting the team’s pass protection woes by playing more balanced football and taking some of the high-intensity pressure off of maligned quarterback Tua Tagovailoa.

That’s a lot of potential fruit to bear, which is why McDaniel’s persona and football acumen made him the Dolphins’ choice as the new head football coach. But such a change brings some challenges—namely, that the Dolphins are now undertaking a significant shift in their offensive system ideology. Miami’s offensive attack was credited with 198 gap-rushing concept calls versus 165 zone-rushing concept calls in 2021; a stark contrast to San Francisco’s 318:195 ratio in favor of zone concepts. The wide-zone attack is officially coming to Miami, but the Dolphins are one of the teams least apt to make the transition seamlessly.

The addition is a welcomed one for the Dolphins—Williams was credited with 13 pressures last season and 43 pressures over the last two seasons combined (a total of 2,094 snaps). As a point of reference, three Dolphins linemen allowed more pressures than that THIS past season alone: Eichenberg (62), Davis (57), and Jackson (49). And, in case you were wondering, Davis (91) and Jackson (87) have both lapped Williams’ pressures allowed over the last two years. But Williams produces another point of optimism for Miami in that he’s well versed in zone blocking. He, individually, handled a 202:148 zone/gap split this past season and that ratio was even more dynamic in 2020 (238:121).

Williams is 24 years old, holds 57 career starts in his young NFL career,  is clearly a better scheme fit for Miami’s presumed offensive attack than any other player on the roster, and comes with a two-year, $14M price tag. That cost is nearly half of another former 49er, Laken Tomlinson, who signed in New York with the Jets in order to be reunited with another former 49ers assistant earlier this week.

This is all great. This appears to be a beautifully crafted fit for the Dolphins and a chance to offer a massive boom of a hit in free agency—unless it isn’t. And the Dolphins are, apparently, considering testing their luck again in trying to redefine insanity.

NFL Network’s Cam Wolfe produced a hit on the network to help break down the team’s addition of Williams, but in the process offered some harrowing words for Dolphins fans to monitor moving forward.

“In Williams, they (the Dolphins) get a guy they feel is very young—24 years old, 25 at the start of the season. He played left guard for 57 starts in Dallas, they feel like there’s still upside there. And they feel like it’s not necessarily ‘plug him at guard.’ Maybe he can move around, they feel he’s a good fit in that zone blocking scheme and they hope that he can help an offensive line that PFF (Pro Football Focus) graded as worst in football last year,” said Wolfe.

Uhhh. No. Don’t do this, Miami. Allow this to be my formal petition to the Dolphins to ensure that the Williams signing is as fruitful as it can possibly be:

Play this man at left guard. Don’t ask him to learn the tackle spot. Don’t you dare do it.

Why? Because yes, the definition of insanity is doing the same thing over and over and expecting different results. And if the Dolphins are seriously considering signing Williams to the offensive line unit with the intention of playing anything other than left guard (where 3,125 of his 3,312 career snaps have come), I would kindly ask them to reconsider. Williams doesn’t have the benefit of new teammate and running back Raheem Mostert, who played for McDaniel last season. Williams is learning a new system with new teammates. And the potential of putting him in the Eichenberg blender of cross-training sounds like a first-class ticket to not having the needed continuity for an aggressively remodeled line to be ready to play at a high level.

The Dolphins deserve ample credit for nailing down a young, talented lineman and inking him to a team-friendly deal so early in free agency. But they won’t get their flowers just yet because they apparently still need to prove they’ve learned their lessons from the past despite a coaching change this offseason. Don’t test the definition of insanity, Miami. Resist the urge to get creative and simply play your new lineman at home as your new left guard. And if you want a tackle, go pay for one. I hear Williams’ running mate in Dallas, La’el Collins, can be had—that’d be a good place to start. 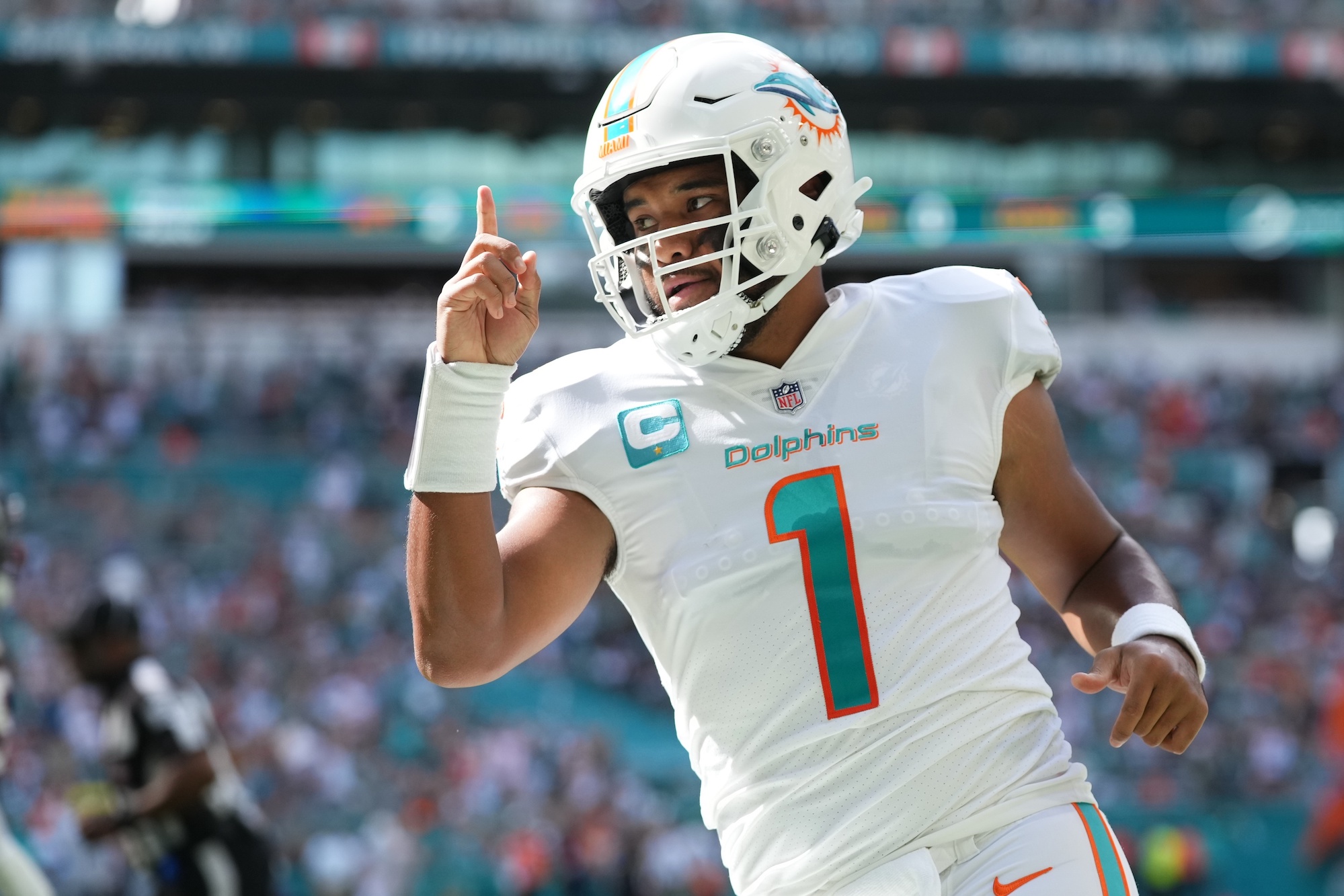 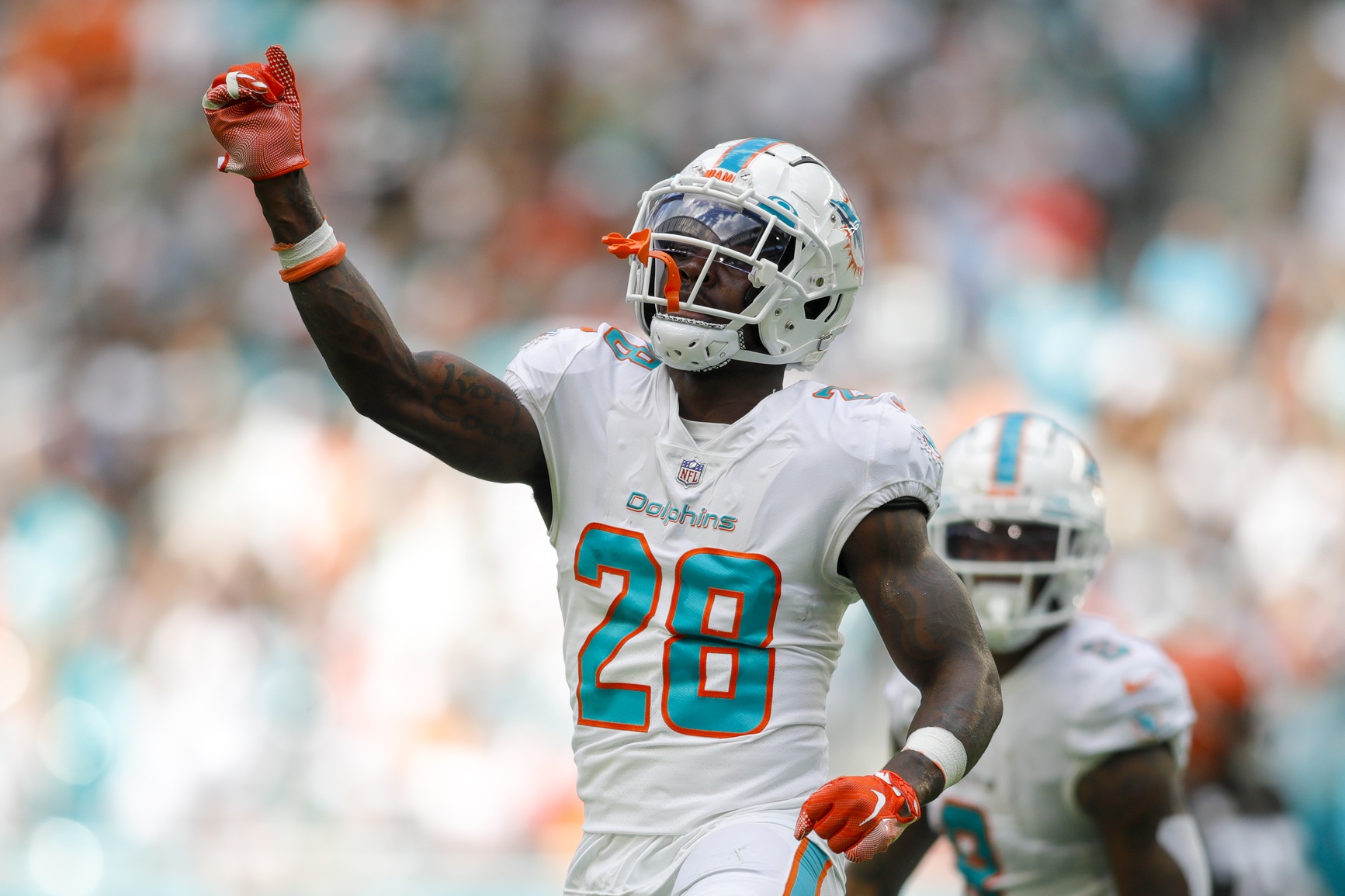