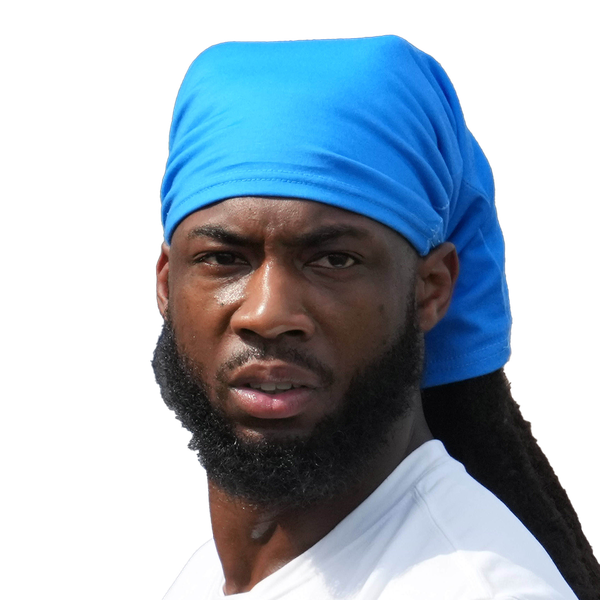 Commanders Should Target These 6 Free Agents

Two consecutive sub-.500 campaigns have introduced the 2022 season as a potential ‘make-or-break’ year for head coach Ron Rivera. While his stoic personality and leadership have remained evident both on the field and behind closed doors, with a new team name, fresh new threads, and an expected changing of the guard—again—under center, there are no more seasons of leeway to turn things around in the nation’s capital. A city in dire need of success, and a roster budding in talent on both sides of the ball, if Rivera eyes another season calling the shots, the upcoming offseason will require a ton of risks with the chance to produce an immediate reward for the newly monikered Commanders.

Hear me out here, as there’s a ton to get to. After spending up for Curtis Samuel (three years, $34.5M) last spring, an argument against paying Williams upwards of $16.5M per season can be made. However, if general manager Martin Mayhew looks to keep Terry McLaurin in town, help outside of No. 17 is desperately warranted. While Williams’ presence won’t matter if Washington is unable to shore up the QB spot, placing him in the same wideout core as McLaurin, with Samuel representing the ultimate chess piece, 2021 third-rounder Dyami Brown as WR4, and Logan Thomas at tight end could introduce one of the more high-octane attacks in football. A vertically imposing weapon—a role the Commanders hoped former fourth-rounder Antonio Gandy-Golden would serve—Williams has quickly become one of the league’s premier perimeter threats with the ability to take over a ballgame, similarly to McLaurin. His sure hands, explosive aerial ability, and surefire production would offer an embarrassingly deep array of riches for Washington’s new signal-caller.

While I do believe Wes Schweitzer will start at right guard in Week 1, you can’t get much better as a value add with positional versatility and a slew of starts in his background than signing a player like Brunskill, a 33-game starter over the last two campaigns. While most of his snaps have come out at right tackle and Washington’s most immediate need will come inside at guard, if the team fails to sign Brandon Scherff and Schweitzer falls case to the injury bug, an offseason of work at a multitude of spots would serve him well under one of the best in the business in John Matsko. Depth is always welcomed, especially up front.

Following the loss of Chase Roullier last fall, Washington’s ground game and punch on the interior faltered immensely. While Roullier will return to captain the front five, adding Hassenauer with Jon Toth, Tyler Larsen, and 2020 fifth-rounder Keith Ismael all set to enter the open market would provide a capable body to handle the load up front if Roullier were to end up on the shelf once again. *I was tempted to add a running back here, but all signs point toward J.D. McKissic returning to pair with Antonio Gibson this fall.

A similar route that Rivera took in signing veteran Bobby McCain last fall for $1.45M, adding an experienced defender on the back end in Gipson to pair with Kam Curl could produce a heck of a safety tandem for defensive coordinator Jack Del Rio.  Now 31 years old, Gipson enjoyed his best season in coverage last fall allowing just 192 yards on 30 targets and presents a ceiling defender with a nose for the football after recording multiple picks in each of the last three seasons. While Del Rio will opt to play Landon Collins in the buffalo nickel role (hybrid S/LB), deploying Gipson atop the defense opposite of Kurl with Collins roaming the first and second levels presents a variety of coverage schemes for Del Rio to deploy at his discretion.

A physical green-dot linebacker that would allow both Jamin Davis and Cole Holcomb to further blossom, at just 26 years old, Bentley would provide a bevy of starting experience (more than 1,700 snaps) and a player that could progress into one of the premier inside ‘backers in the NFC East. He’s only getting better, and with a current APY evaluation around $4.6M, if New England fails to re-sign him, he’d be a priority of mine if I was Rivera and Mayhew.

With Kendall Fuller, William Jackson, and Benjamin St-Juste all expected back, adding a versatile talent in Jackson would be ideal after releasing Jimmy Moreland prior to last season and pending free agent Danny Johnson being on the way out. A former second-rounder of Carolina in 2018, he’s consistently shown improvement in every facet of his game, touts ideal ball skills, and could offer special teams value with 4.3 speed without breaking the bank.