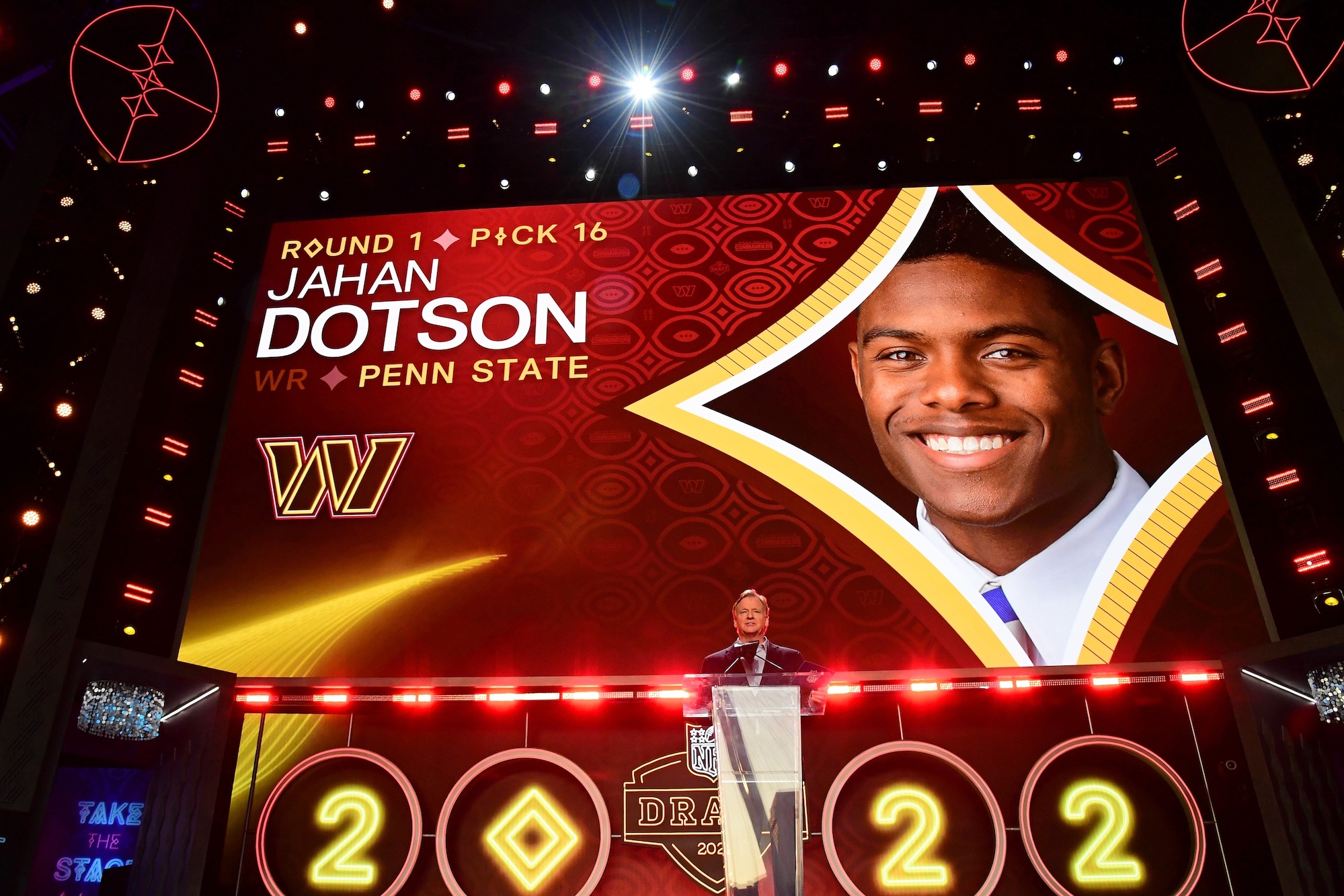 I have questions, and a lot of them. But before I get into the analysis of the Commanders 2022 draft grades, let’s dig through the mud a little bit into Washington’s draft strategy this past weekend.

A process in which they entered with just six overall selections, General Manager Martin Mayhew and Head Coach Ron Rivera’s press conference offered thickening tea leaves into the Commanders’ overall stance heading into the first night in Vegas. Owners of the 11th overall pick, while players they had high on their board (Chris Olave/Kyle Hamilton/Jameson Williams) all remained available, Mayhew opted to trade back with the Saints to No. 16 overall while gathering two mid-round selections—a move that, well, we’ll get into shortly.

While the draft process remains sort of an anomaly considering how “good” or not each team’s haul is on paper—we won’t ultimately know until 3-4 years down the road—I remain extremely excited to see a talented group of first-year talents suit up in the months to come when pads will finally start to crack. With that, let’s dig into Washington’s 2022 draft haul.

After opting not to grab Olave or Williams, adding a talent like Dotson while also adding third and fourth-round picks was a home run for me to kick off their draft haul. A fluid route-runner who showed the ability to succeed at all three levels of the defense, Dotson presents a similar type build to that of Terry McLaurin, Curtis Samuel, and Dyami Brown, but offers elite aerial ability and sure hands that only McLaurin has proven to replicate in Washington.

In a receivers room desperate for success, Dotson’s selection was as much of an immediate improvement on the perimeter as it was an eye-opener for Samuel and Brown, who both had substandard first seasons in the burgundy and gold last fall. If all four talents can remain healthy, they’ll present one of the more intriguing youth-infused wideout rooms in all of football.

After taking Dotson, Washington’s Day 2 had me scratching my head throughout the evening. While I try to remain positive as we know the draft landscape and draft twitter can often become surrounded by negativity, I don’t see the fit here UNLESS the team plans on moving Daron Payne OR they allow him to walk following this season—potentially awarding Washington with a third-round compensatory pick. Even with that being said, selecting Mathis early on Day 2 when his tape and pro projection slotted him more as an early Day 3 pick raises concern for me. Let me explain.

Mayhew eyed interior talent, fine, but with the 47th overall pick, I’m not taking a rotational 3-tech defensive tackle. Sure, depth is needed there, and Mathis’ sack production remained a trait he hung his hat on, but why not take a talent like Travis Jones out of UConn who was arguably the most imposing defensive tackle in the class with both an extremely high floor and lofty performance ceiling to pair with Payne and Jon Allen if that indeed was the one-way street presented by Mayhew? And while I long shared my intrigue with a talent like Stanford’s Thomas Booker on Day 3 and I hope the Alabama product proves me wrong, with Jaquan Brisker on the board with a massive hole at buffalo nickel, this pick doesn’t do it for me in the second round.

I’m not sure who owes a debt down to someone in Tuscaloosa, but the Crimson Tide to Commanders pipeline remains fruitful. However, and what was a common theme with this class, the fit here doesn’t ideally jigsaw.

With Antonio Gibson as their clear workhorse, and J.D. McKissic back to provide a massive role in the passing game, Robinson was my RB1, but I can’t envision Scott Turner deploying a sustainable three-headed backfield. If anything, his selection should open the eyes of Gibson who has enjoyed his fair share of fumbles in his first few years in the league. While the common saying of “ball security is job security” remains true for ball-carriers at all levels of the game, Gibson has proven he can shine when given the necessary allotment of touches on the ground and through the air as a former wideout out of Memphis.

If one thing has remained true during Rivera’s tenure, he loves adding competition, and Robinson could surely take over RB1 duties if Gibson ends up on the shelf or if his fumbling issues continue. This was a wake-up call from Rivera.

So, no Hamilton at No. 11, no Brisker at No. 47. I guess Butler was a case of third times the charm for Mayhew. While he may become a nice piece in subpackages or a core athlete on special teams due to his range, Washington drafted Darrick Forrest out of Cincinnati last year as a rotational safety, and Nebraska’s JoJo Domaan would have been a preferred choice as a hybrid defender with versatility at all three levels. He has ideal sideline-to-sideline movement ability and isn’t afraid to work downhill and stick his face in the mud, but with similar players in Forrest and Jeremy Reaves already on the roster, I don’t see where substantial snaps will come from outside of teams.

My second-favorite pick of Washington’s draft, Howell’s addition provided a ton of value to kick off the fifth round. Washington’s front office did their due diligence on the position throughout the winter months, and Commanders faithful should be ecstatic with adding the former Tar Heel in Howell. A dual-threat talent that improved his ability in the ground game last year working behind one of CFB’s worst front fives, Howell single-handedly carried North Carolina to six wins last fall.

In what will be a prove-it year for Carson Wentz as he looks to re-establish himself as a starter in the NFL, Howell will consistently be breathing down his neck with every throw. It’s a competitive addition, and it will, hopefully, bring the best out in Wentz. Howell’s addition provides insurance.

After selecting John Bates out of Boise State last year, this pick should worry Washington fans about the health of Logan Thomas. A top-10 tight end in football when healthy, Thomas missed 11 games last fall, and reports out of Ashburn are that Thomas’ injury could linger into training camp, and into the 2022 season. While Bates enjoyed a successful first year as a dominant blocker with improving hands later in the year, Turner blows Bates out of the water as a dynamic downfield weapon.

A massive man at 6-foot-6, he needs work in his ability to separate at the top of his routes, but, like Thomas, he’s a physical red-zone target with outstanding instincts in how to box out and shield defenders away from the football. He, Bates, and Thomas are three capable tight ends that should push each other for snaps over the next few months.

Here in the seventh round, Paul adds some nasty within the interior. With Brandon Scherff gone, Wes Schweitzer slots into right guard, but behind him, the Commanders needed fresh legs. With Paul, he touts a heavy anchor with a ton of traits to like within the interior. He and Saahdiq Charles will compete to represent the swing guard spot for Rivera this fall.

One of three former ‘Pokes to be drafted, Holmes was the glue on the backend of one of CFB’s most dominant defenses. While the Big 12 isn’t known for its aptitude on the defensive side of the football, you can never have enough corners, and Holmes adds depth alongside Danny Johnson and Corn Elder. Right now, he’s CB5 with special teams pop. 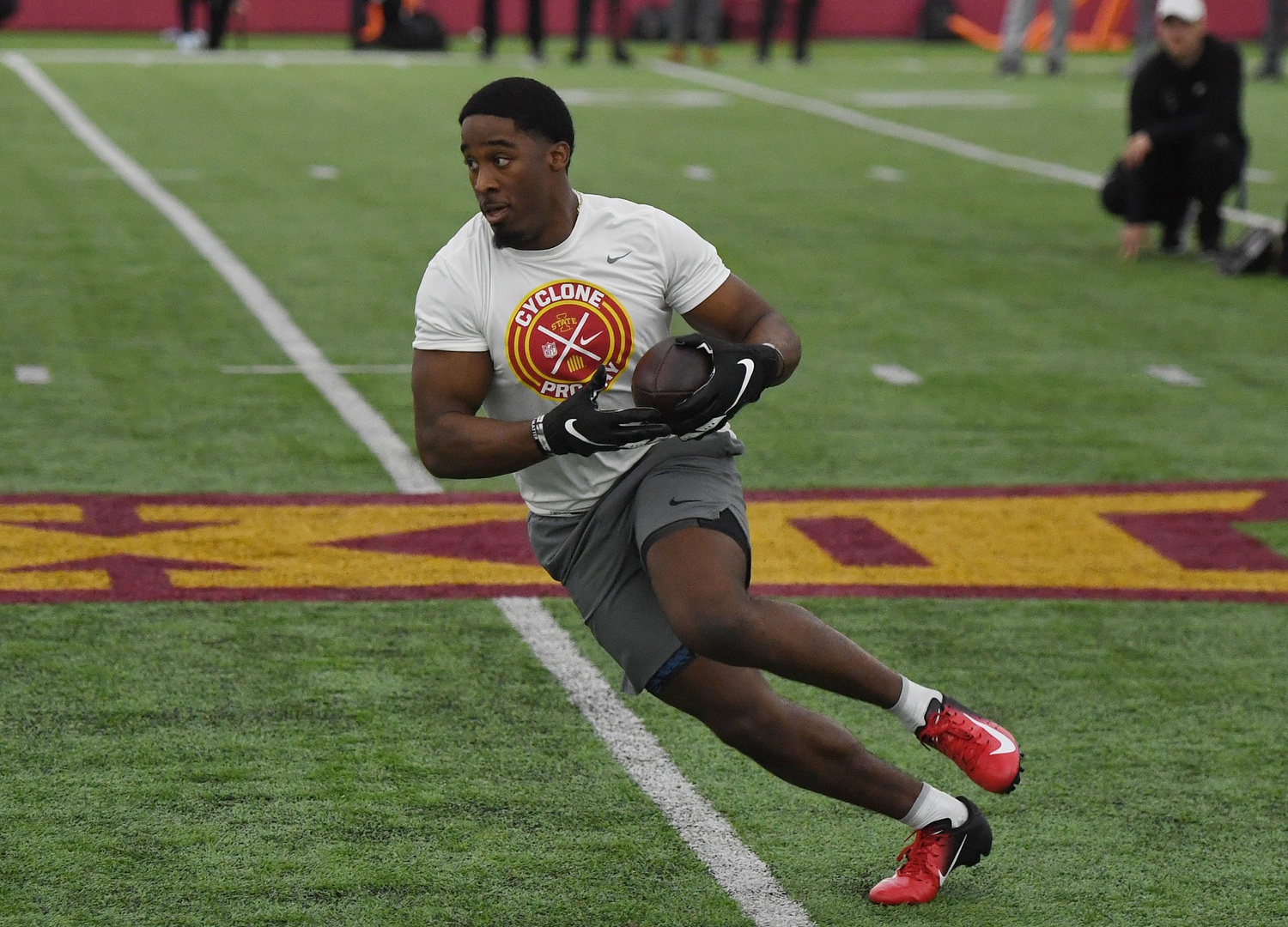 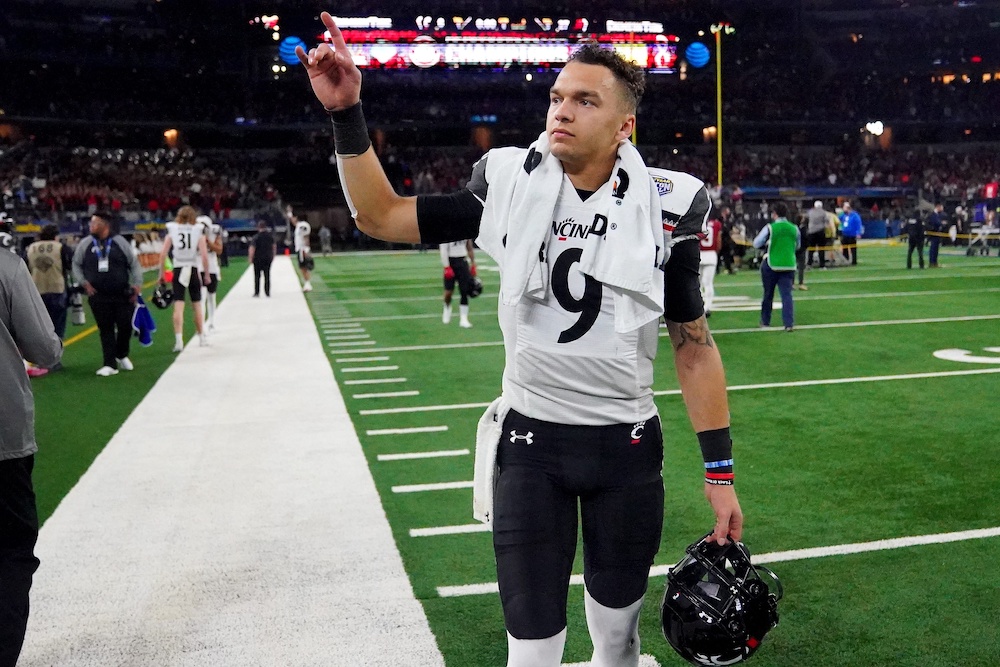