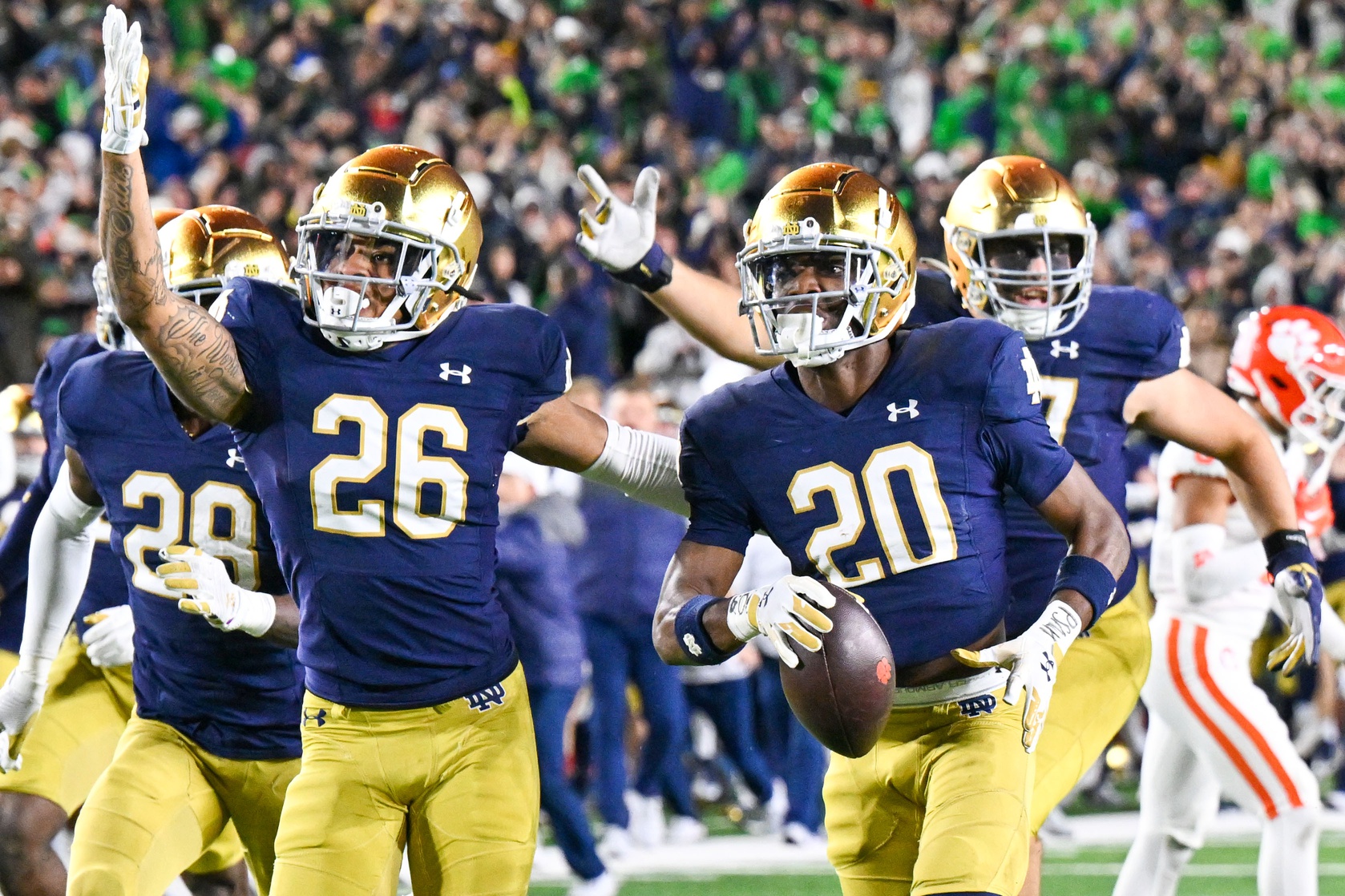 These 12 True Freshmen Are Making Names For Themselves

Some true freshmen, just months removed from the halls of high school, can quickly become standouts on college football’s highest stage. For many of the nation’s true freshmen, opportunity usually aligns with the number of stars adjacent to their name on their recruiting profile.

For some, it takes years and multiple new locations to finally work into snaps. For a few, reps from day one pave the way to meet expectations early. Through nine weeks, a few of the country’s spryest talents in college football has forced many to jot their name down for future drafts.

If you haven’t watched Judkins play, do yourself a favor and flip on an Ole Miss game. An explosive talent, he’s totaled more than  1,000 yards rushing in nine weeks and still has nearly a month remaining on the schedule to pad his totals.

A lot of the attention centered around former five-star and TCU transfer Zach Evans, but it’s been Judkins who has stolen the job and—pun intended—run away with it this fall. At 5-foot-11, 220 pounds, he’s become a stud to follow in the SEC for years to come.

Don’t scout the helmet, scout the player. Haulcy has been absolutely fantastic this fall. He’s been everywhere and done everything for the back half of the Lobos defense and has become one of the top freshmen in the entire country. His level of competition will remain a question moving forward, but the former three-star talent has made his name known around the industry as a legit roof defender.

Get to know Jacas, who has been one of the most dynamic edge threats in college football. The nation’s leader in QB pressures among all freshmen, the three-star recruit out of Fort Pierce, FL has recorded four sacks so far this fall.

Morrison has had his ups and downs this fall, but a breakout performance against the Clemson Tigers this past weekend showcased a 6-foot corner worth taking note of. One of the first recruits to play in South Bend under newly minted head coach Marcus Freeman, Morrison showcased smooth feet, an ability to make plays on the football, and a willingness to stick his nose in the run game when isolated on the perimeter.

It hasn’t all been pretty for the Will Levis-led Wildcats offense, but it’s been Brown and Key who’s faced opposing teams’ top corner stalwarts each and every week. Both talents look like foundational pieces to build around for head coach Mark Stoops currently slotted second and third on the team in receiving yards. Key ranks third in the SEC in touchdown catches (5).

The next second-level tackling machine to come out of Baton Rouge, Perkins has been a joy to watch this year. He’s amassed 45 tackles to go along with 3.5 sacks so far for the top-10-ranked Tigers.

Part of the revival for the Huskies, Joly has found his footing after enjoying a sluggish start to his college football tenure. He made the switch to TE after being recruited as a wide receiver, becoming a featured weapon for the Huskies’ aerial attack. He’s made two trips to paydirt the last three weeks and sits second on the team in receiving yards.

A mammoth of a man at 6-foot-6 and 330 pounds, Walker currently ranks near the top of the conference in total pressures from the interior. His ability to push the pocket and clog gaps in the run game has been paramount to leading the Wildcats in the trenches.

The Aggies’ top wideout, Stewart has come into his own working with Haynes King and Connor Weigman in the last month. With 120 yards against Florida and 106 more against the stacked secondary of the Alabama Crimson Tide, Stewart’s ceiling is as lofty as any wideout in the entire country.

The Aggies haven’t lived up to expectations this fall, but the five-star in Stewart has both met and exceeded goals as the No. 2 WR recruit in the nation.

It’s extremely early in the evaluation process for each of these players, but Banks looks the part of a potential day-one selection come 2025. He’s been as stout as any tackle in the country regardless of class denomination, and failure to allow a sack against both Will Anderson Jr. (Alabama) and Will McDonald IV (Iowa State) showcased a talent with all the tools to become a tier-one lineman down the road.

A freak athlete that ran the triple option as a high school quarterback, Starks has fit in nicely amongst the alphas within the Bulldogs’ defense. With Lewis Cine now in the NFL, Kirby Smart’s group needed players at the safety spot to step up, and Starks has been outstanding from Week 1 on. He’s a flat-out stud with all the potential in the world to become one of college football’s elite defenders in the seasons to come.