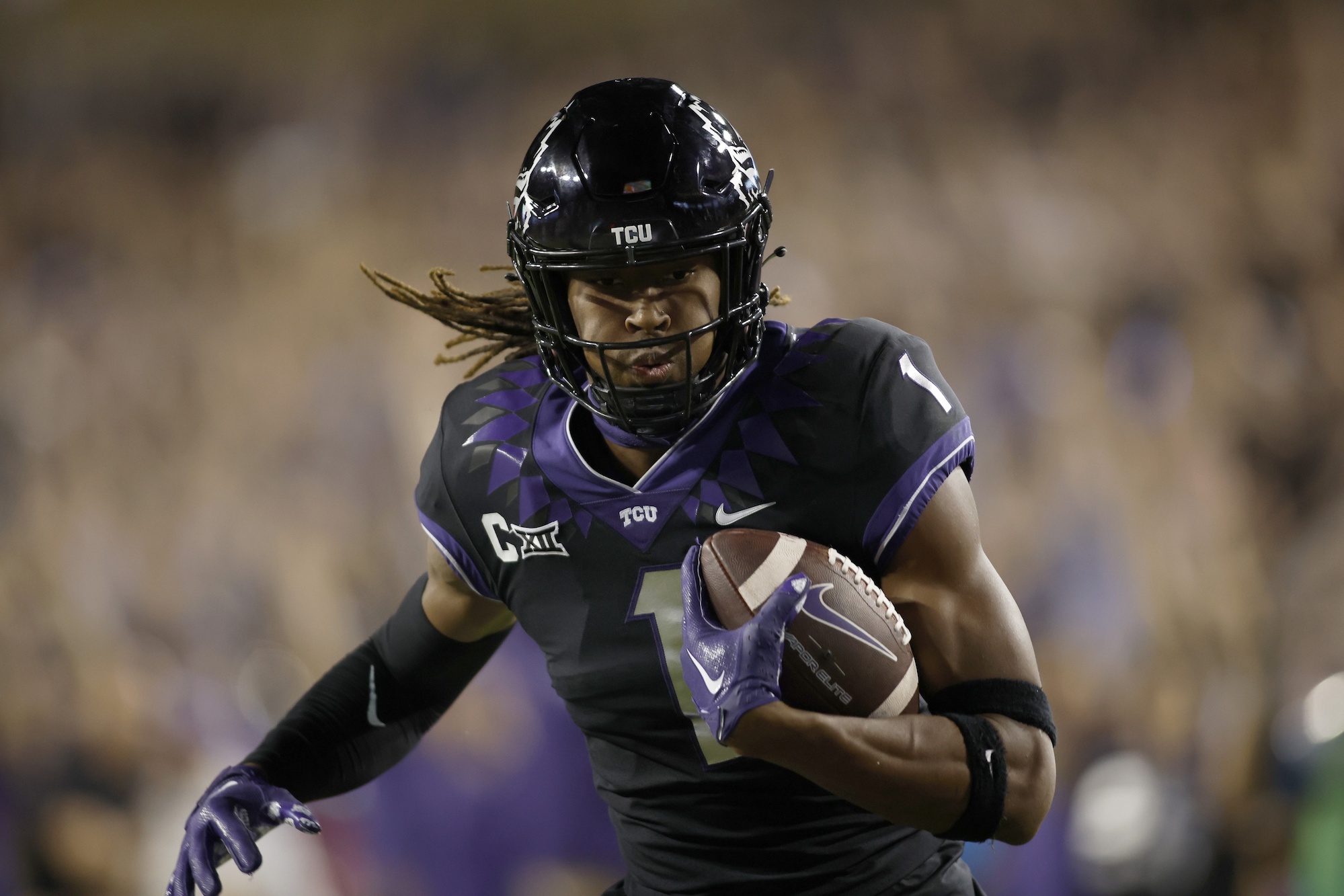 One of the greatest (two) days on the annual sports calendar, College Football Championship Weekend has arrived. There are multiple days of action that will hold massive implications for the order of both the College Football Playoff and where players are drafted come April. Get your popcorn ready!

With high-level quarterbacks, dynamic wideouts, stud edge rushers, and playmaking corners littered across each conference title game, here are a few matchups I’ll have my eye on this weekend in college football.

The Utes took the first matchup 43-42 back in Week 7, and Friday night’s matchup will present Phillips with another opportunity to raise his draft stock working against the reigning Biletnikoff award winner in Addison. While the first round went to the potential first-round pick—Addison amassed four catches (seven targets) for 74 yards and a touchdown against Phillips—forcing USC quarterback Caleb Williams to look elsewhere early and often could keep Utah within striking distance.

One of the most physically impressive pass-catchers in the country, Johnston could solidify his status as the 2023 class’ top WR with a dominant performance. A blend of size and speed unlike anything in the college game, he can run any route and at any depth, take the top off a defense, and win the contested catch battle above the rim.

For Brents, limiting Johnston will be huge if the Wildcats look to upset a group destined for the CFP. At 6-foot-4, the Senior Bowl invite has the frame to match up physically with Johnston, but mirroring him for a full 60 minutes is a whole different ball game. He’s allowed just one touchdown catch on 39 targets against this fall, but blanketing TCU’s top weapon could hold massive weight in deciding the outcome of the game.

With Broderick Jones and Sedrick Van Pran, the Bulldogs tout two of the most dominant man-movers in the SEC. On the flip side, the Tigers deploy an onslaught of athletic bodies that Georgia will have to counter all afternoon long. BJ Ojulari, Jacquelin Roy, Ali Gaye, and true freshman Harold Perkins will force Georgia quarterback Stetson Bennett to get the ball out quickly, and in turn, establish the run game behind Jones and Van Pran.

For two programs known for their laundry list of athletes on either side of the ball, my focus remains in the trenches for the right to the SEC crown.

Big Ten: Purdue vs. No. 2 Michigan

One of the most productive wideouts in the nation this fall, the entire secondary will have their hands full with Jones, but Turner should be the primary man aligned on him. With nearly 1,200 receiving yards and 12 touchdowns this year, Jones has been quarterback Aidan O’Connell’s top target from their first snaps on offense. He’s got eight games where he’s seen 10 or more targets, has touchdowns in each of the last three weeks, and is about as sure-handed a wide receiver that Michigan has faced this year with three drops on 138 total targets.

For Turner, he’ll have help over the top, and the Wolverines’ pass rush should limit Purdue’s ability through the air, but if the third-year corner eyes a raise in his draft stock, shutting down Jones remains paramount for Michigan to snuff any upset hopes.

Maye, an early favorite to see his name called in the top three picks come 2024, has an excellent chance to send his stock into warp speed if he can take down the Tigers. A group headlined by Myles Murphy, K.J. Henry, Trenton Simpson, Jeremiah Trotter Jr., and corner Nate Wiggins, the ability for Maye to get both his legs and WR Josh Downs going will remain paramount to expand the Tigers defensively.

It’ll take a heck of a game plan to keep Maye upright for a full 60 minutes, but with his ability both under center and outside the pocket, don’t be shocked if the Tar Heels pull off the upset to end the night of college football.