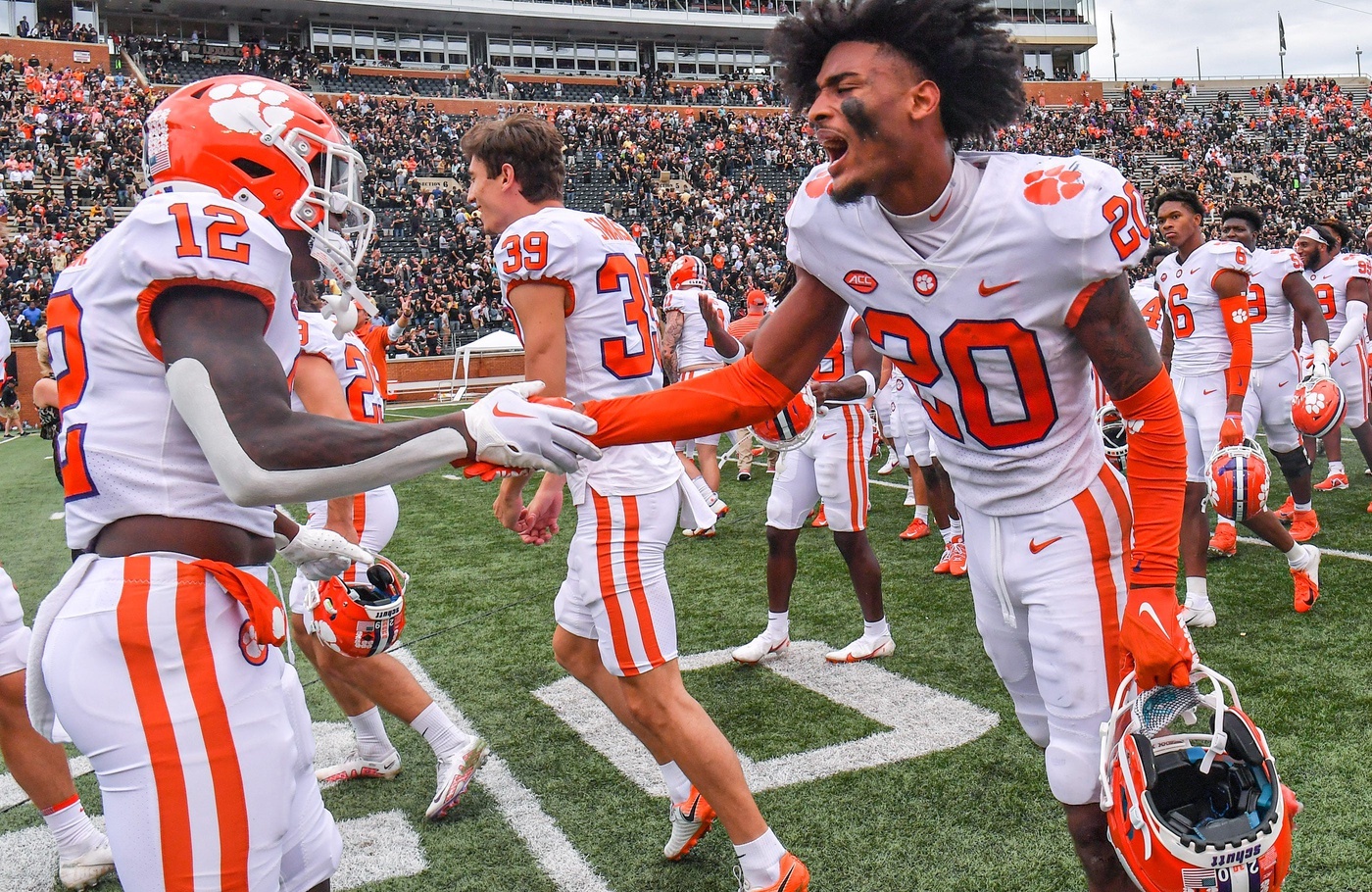 Week 4 of the college football schedule nearly delivered several upsets. Various ranked programs narrowly escaped defeat. We’re learning more about these programs with each passing contest. Some perceived playoff-contending squads got exposed and we have a new AP Top 25 to dissect!

The No. 2 overall player in our latest TDN100 update, Jalen Carter, and the Georgia Bulldogs remain the No. 1 seed in the AP Top 25 poll following their comfortable victory over Kent State. Alabama quarterback Bryce Young, who in-house scout Damian Parson sent to the Houston Texans in his latest nfl mock draft, threw for 385 yards and four touchdowns in the Crimson Tide’s dominant win over Vanderbilt.

This past weekend’s action was particularly wild. The Associated Press has reacted appropriately and adjusted its AP Top 25 rankings. We’ve swiftly identified four teams that were ranked too high or low in the recently released AP Top 25 poll.

We took issue with Clemson’s AP Top 25 ranking following their Week 1 victory over Georgia Tech and we remain unconvinced following their recent string of results. Clemson required overtime to defeat the 21st-ranked (now No. 22) Wake Forest Demon Deacons 51-45 in a barn burner.

Clemson quarterback D.J. Uiagalelei completed 26-of-41 passing attempts for 371 yards and five touchdowns. Myles Murphy recorded a sack and Trenton Simpson totaled a team-high five tackles, but the Tigers have some obvious concerns on the defensive side of the ball as Wake Forest carved up the Tigers for an ACC-record six touchdown passes.
Contests against the surging NC State and Florida State loom large in October. Clemson will travel to Notre Dame in early November. Clemson may eventually freefall down the rankings.

The perfect 4-0 Wolfpack have won their previous three contests by a combined score of 123-27. Granted, the schedule has been favorable (Charleston Southern, Texas Tech, and UConn), but those totals are impressive regardless of the opponent. The 10th-ranked Wolfpack are still being judged by a closer-than-expected campaign-opening 21-20 victory over East Carolina. Dave Doeren’s squad has shaken off the early-season rust while taking care of business since then.

We’re slightly projecting, as NC State possesses a golden opportunity via a road game showdown against Clemson on Saturday, Oct. 5. An upset victory over an overrated Tigers squad would qualify as a season-defining win for NC State. It’s a must-watch contest on the Week 5 schedule. NC State will catapult themselves up the rankings if they defeat Dabo Swinney’s struggling Clemson Tigers.

Oklahoma fell to No. 18 from No. 6 after suffering a shocking 41-34 upset defeat to the Kansas State Wildcats. The decision-makers could have been even harsher with Oklahoma’s fate. Oklahoma’s schedule doesn’t let up. Brett Venables’ reeling squad will make consecutive trips to the DFW region—first to TCU to face the unbeaten Horned Frogs who are averaging 46 points per game.

Oklahoma will require a big offensive performance from standout wide receiver Marvin Mims, who totaled four receptions for 87 yards and a touchdown in the loss to Kansas. Venables’ defense will be tested. The Sooners are in danger.

Lane Kiffin’s Rebels are firing on all cylinders. A 35-27 victory over the Tulsa Golden Hurricane brought Ole Miss’ record to 4-0. Standout running back Zach Evans has totaled 365 rushing yards and four touchdowns on 59 attempts (6.2 yards per carry) this season. Kiffin’s Rebels are running the ball with terrific efficiency. Ole Miss is currently averaging 41 points per contest.

What’s different about this year’s iteration of Ole Miss? The Rebels are playing stouter defense. They’ve allowed their opponents to score just 10 points per contest and pitched a 42-0 shutout over Georgia Tech in Week 3. The schedule has been favorable, but Ole Miss can prove they belong among the elite with a victory over quarterback Will Levis and the unbeaten Kentucky Wildcats at Oxford in Week 5.