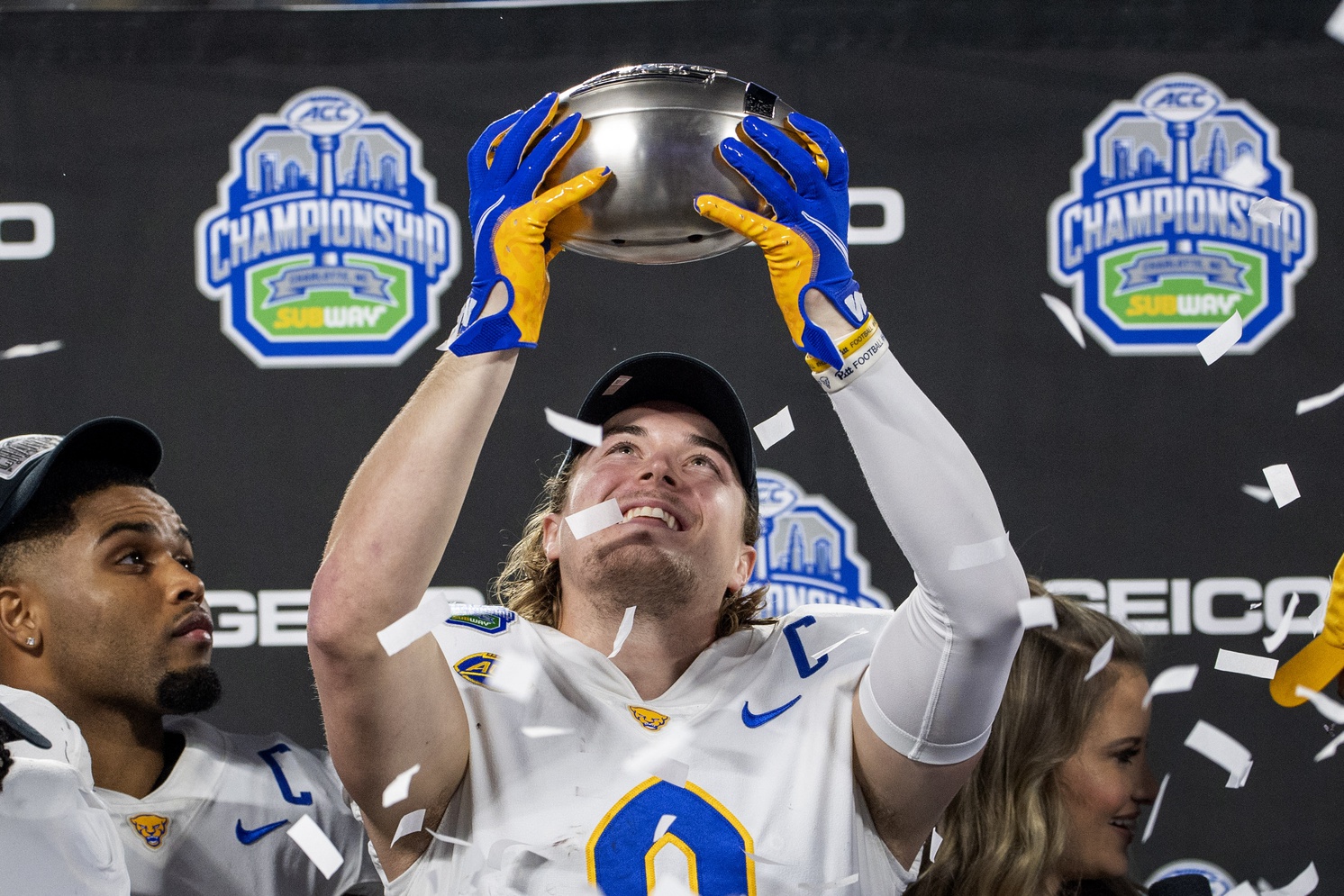 Several college football players have made a significant impact on their respective teams during the 2021-22 season, but some stand out even more than others. The NFL hands out awards each year in these three specific categories, so what if college football did too? Here’s a look at a handful of players who are deserving of an award after this year’s regular season: Offensive Player of the Year: QB Carson Strong, Nevada and QB Kenny Pickett, Pittsburgh These two have been incredibly close in the race for QB1 and have elevated their team beyond preseason expectations during the 2021 season. Strong is by far the best pure passer and has led his team to a near-comeback win in a very short period of time several times this season based on that ability to throw the football. Pickett exploded and started putting up video-game numbers that were a product of his success, not a product of the system or talent that surrounded them. Both players have spent plenty of time as dark horses but have really proven themselves as pure pocket passers—Strong exceeds Pickett in some ways in regards to that aspect of the game, while Pickett has an extra layer of mobility that Strong doesn’t have. Pickett came out of the woodwork, largely considered to be a middle-of-the-pack prospect ahead of the season, completing 67.2% of his passes for 4,319 yards with 42 touchdowns and seven interceptions, all of which were career-highs for him by a large margin. Strong completed 70% of his passes for 4,186 yards with 36 touchdowns and eight interceptions. Defensive Player of the Year: Jordan Davis, Georgia Georgia’s defense was all the buzz this season and became an even bigger deal when the team won the national championship over Alabama this season. Davis was a large part of that, recording 32 total tackles in 2021, accompanied by 17 solo tackles. He also had 1.5 sacks, making for a career total of seven. Comeback Player of the Year: McKenzie Milton, FSU and TE Chigoziem Okonkwo, Maryland Both of these players belong here by different standards. No, Milton didn’t see the field in a way that a lot of players who receive an award like this should, but let’s consider the circumstances. Milton had multiple injuries within his leg that were expected to see him as an amputee who would leave football and a lot else in the rearview mirror. But instead, Milton came back and transferred to FSU after the setbacks. He didn’t see a ton of action but did start four games, completing just over 58% of his passes with three touchdown passes. One of his best games came in a relief showing when he saw action against the then-No. 9-ranked Notre Dame Fighting Irish. He helped the Seminoles force overtime, even though the team would go on to fall, 41-38. Looking at Okonkno, he overcame missing a full season with Myocarditis. Okonkwo was a big difference-maker for his team, capturing 52 receptions for 447 yards with five touchdowns after a year in which some expected him to never play football again.