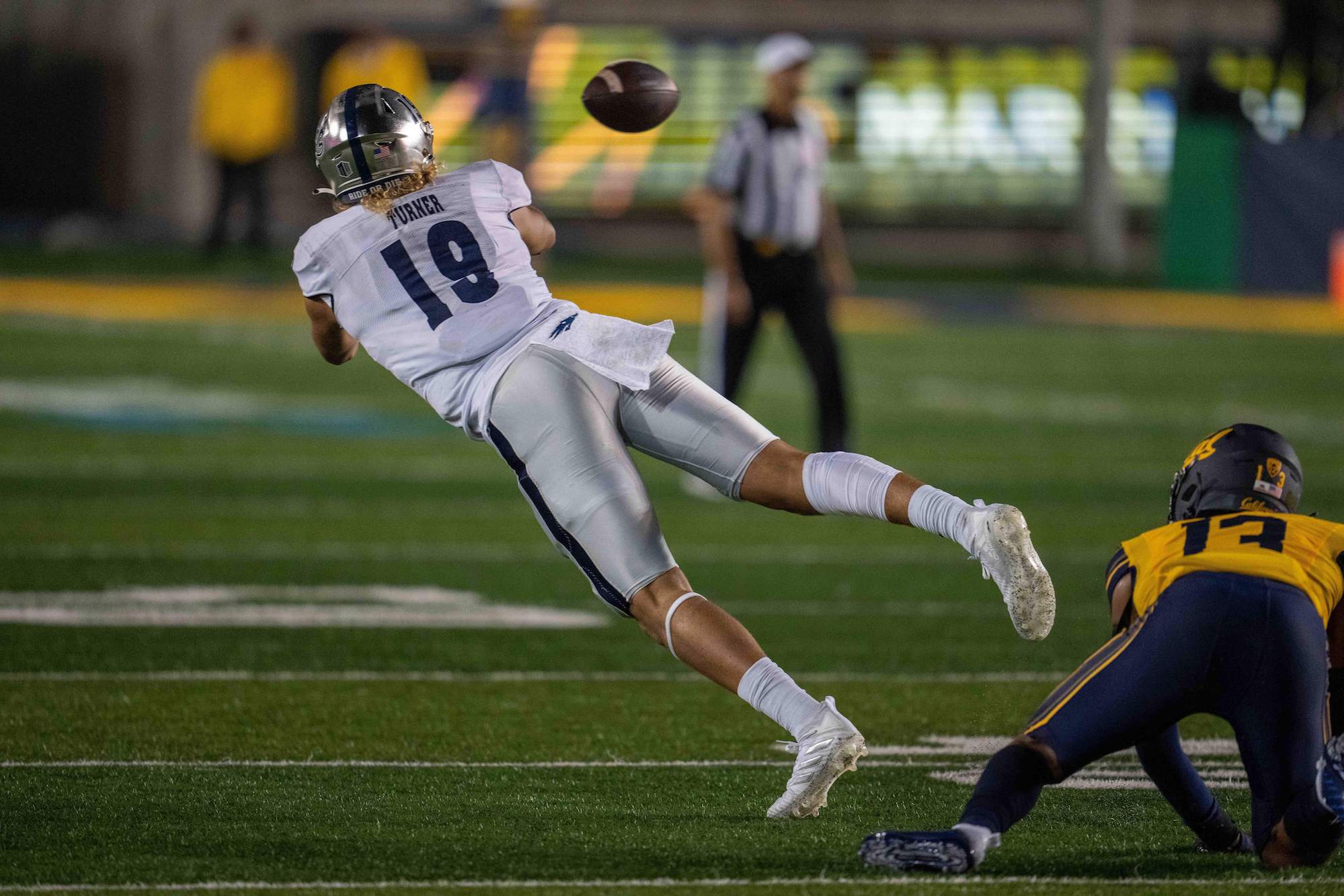 Cole Turner Is An NFL Draft Prospect On The Rise

Nevada tight end Cole Turner went from being an almost completely unknown name to a player who is one of the top prospects at his position and has been projected as high as the third round in the 2022 NFL Draft. Aside from being one of the strongest overall pass-catching tight ends in the draft, he may well be the most versatile as well. Turner saw time in Nevada’s Air Raid offense, which utilizes the position a bit differently than some other offenses do. And because he played in that system and has shown that he can do the same things tight ends from other schemes are asked to do, he brings a lot to the table for a number of NFL teams. He’s got a big catch radius, speed, and can make contested catches – just to name a few of his positive traits that stand out. “I feel like I really showed I could block, run routes from a three-point stance, do some things I hadn’t really done in college. The Senior Bowl gave me an opportunity to do that,” Turner said. “You didn’t see as many flash plays from me like you usually do on film, but I do feel like I showed a lot of things that I was capable of doing from a true tight end position.” “At Nevada I was a tight end but they would move me around a lot and I did a lot of pretty traditional receiver things and then when we wanted to switch up formations and run the ball a little bit more, I would move inside and block a little bit." https://twitter.com/LaurieFitzptrck/status/1489309798663401478 Turner’s rise in Reno can be attributed to a number of things, a couple of which are pure talent on his end and the team coming together as a whole. “I think we all kind of hit our stride together this year so I think that helped a lot of us garner some attention, '' Turner said. “ I had a couple of really big games where our quarterback targeted me a lot. Things came together with having a really good team overall and a really good quarterback to catch passes from.” He also says that living with his quarterback and developing a strong relationship with him on and off the field played a notable role from a chemistry standpoint, something that showed as Turner reeled in a career-high 62 receptions for 677 yards with 10 touchdowns in 2021. https://twitter.com/RealD_Jackson/status/1475104112400236544 “(Carson Strong) is my guy, that’s my best friend,” Cole Turner said. “We’ve worked together for a long time and we’ve definitely developed a chemistry because we spend so much time together working on things. I feel like he trusted me always in tough situations where we needed a completion, whether that be at Nevada or the Senior Bowl and I feel like that’s shone through.” Turner’s momentum started in his junior season, even though this past year was his biggest. He recalls Nevada’s 37-34 overtime win over Wyoming in the first game of the 2020 season as a turning point in his career. “It was the first college game I had multiple catches and multiple touchdowns in and it kind of just showed me that I could start for myself,” Turner said. “It started to show what I was capable of doing on a game-to-game basis. That was definitely a big break there for me.” Turner has seen steady improvement since that game and has continued to prove that he belongs as a player who can make an impact game in and game out. He’s looking forward to showing more of what he can do at the 2022 NFL Scouting Combine and says he wants to build upon what he’s shown over his career with the Wolf Pack and at the Senior Bowl. “It means a lot to be invited to the combine and I’m looking forward to going out there and showing I’m one of the fastest tight ends,” Cole Turner said. “I’m lucky to be able to do this and because I’m from a smaller school, it’s a big deal for them to recognize me, along with the Senior Bowl. Getting these opportunities to keep showing people what I can do and I’m really thankful for that.”