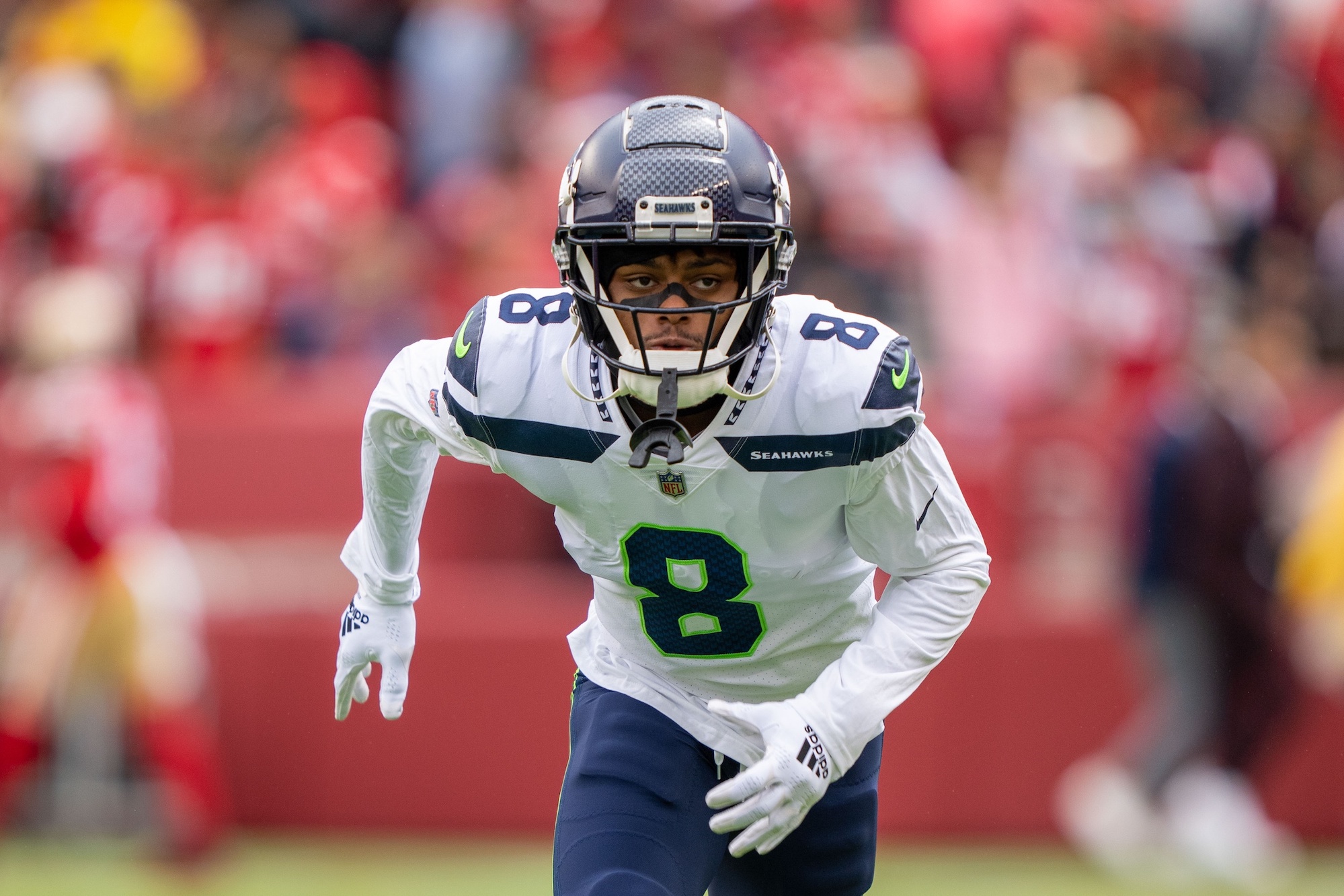 Of all the talented rookie defenders in a rather talented draft class, two cornerbacks have stood out above the rest: Sauce Gardner and Tariq Woolen. They’ve had monster rookie seasons so far and rightfully deserve all of the praise and attention they’re getting. But we shouldn’t overlook another rookie in the class who’s having a great season of his own and has a unique connection to both of them. That rookie is fellow Seattle Seahawks cornerback Coby Bryant.

Bryant has long been the Robin to one of his teammates’ Batman as a very talented cornerback that just so happens to be the second-most talented defensive back on his team. With the Cincinnati Bearcats in college, Bryant’s skills were less obvious in Gardner’s shadow, which loomed large and seemingly grew bigger by the week throughout the 2021 season.

Now, as a pro, Bryant’s talent is starting to get overshadowed once again by another extremely talented cornerback in Woolen. But, just like when he was Gardner’s partner in crime coverage at the collegiate level, the rookie deserves recognition for the skills he has and the excellent season he’s having so far.

One reason Bryant may not be getting all of the attention he deserves is because of his lack of ball production in the form of interceptions and pass breakups this season. Some of that is valid and fair, especially compared to his current and former teammates. Gardner leads the NFL in pass breakups with 13 and Woolen’s four interceptions are good for second in the league. But to count out Bryant because of his underwhelming statistical output in those specific categories is discounting all of the ways he’s contributed to Seattle’s defense.

It also fails to account for his role in the secondary. Where Woolen and Gardner are seeing more action and higher snap counts at the NFL level as outside cornerbacks primarily, Bryant, who tends to play more of a slot corner role, has only been on the field for about two-thirds of the Seahawks’ defensive snaps. It should be no surprise that Woolen and Gardner have higher statistical output with more time on the field leading to more opportunities.

Meanwhile, Bryant has made the most of his chances on a relatively smaller share of defensive snaps. Even though the interceptions haven’t come quite yet, the rookie has made some really nice plays on the ball all year. They haven’t all necessarily been in the form of pass breakups, either.

•Break on the football and make a play.

These two plays from the Seahawks’ first matchup with the Arizona Cardinals in Week 6 are perfect examples of how Bryant has become a big contributor to Seattle’s defense. On the first play, the rookie made a really nice break on the ball to break up the pass even though he was about a yard behind the speedy Rondale Moore when Kyler Murray made the throw. Then, later in the same game, Bryant played Murray’s scramble to perfection. First, he made sure he tracked the check-down option out of the backfield even as the quarterback scrambled out of the pocket. Once Murray crossed the line of scrimmage, Bryant shifted his focus and forced a fumble.

Forcing fumbles has been Bryant’s real bread and butter this season as he leads the NFL with four of them in his first nine games. He may give up some yardage in man and zone coverage on occasion, but Bryant has proven can be trusted to make plays on the ball after the catch. Though some plays, like his pass breakup this weekend against the Cardinals, may not end up being a forced fumble officially, it’s clear that the rookie is a finisher when it comes to making tackles. The dude wants to get the ball.

Catch or no catch, this is an incredible play by Coby Bryant pic.twitter.com/MQxfloU6YW

Bryant’s ability to force fumbles and make plays on the ball before and after the catch are where he stands out most, but he’s also shown a capability to rush the passer and defend the run well too. The rookie cornerback has made a few nice plays lined up at or near the line of scrimmage this year, even if it hasn’t always counted on the stats sheet.

Someone put it in Coby Bryant's head that can be Antoine Winfield (Sr.) and hey pic.twitter.com/AXFXL0roY2

Though he’s been stuck in the shadow of Gardner and Woolen nearly his entire post-high school career, Bryant is due some attention with all he’s done for Seattle’s defense this year. Through nine games, he’s already established himself as another one of the key contributors from the Seahawks’ excellent rookie class. With more games and more opportunities to come this year, he’ll get even more chances to shine. Just make sure you’re paying attention.