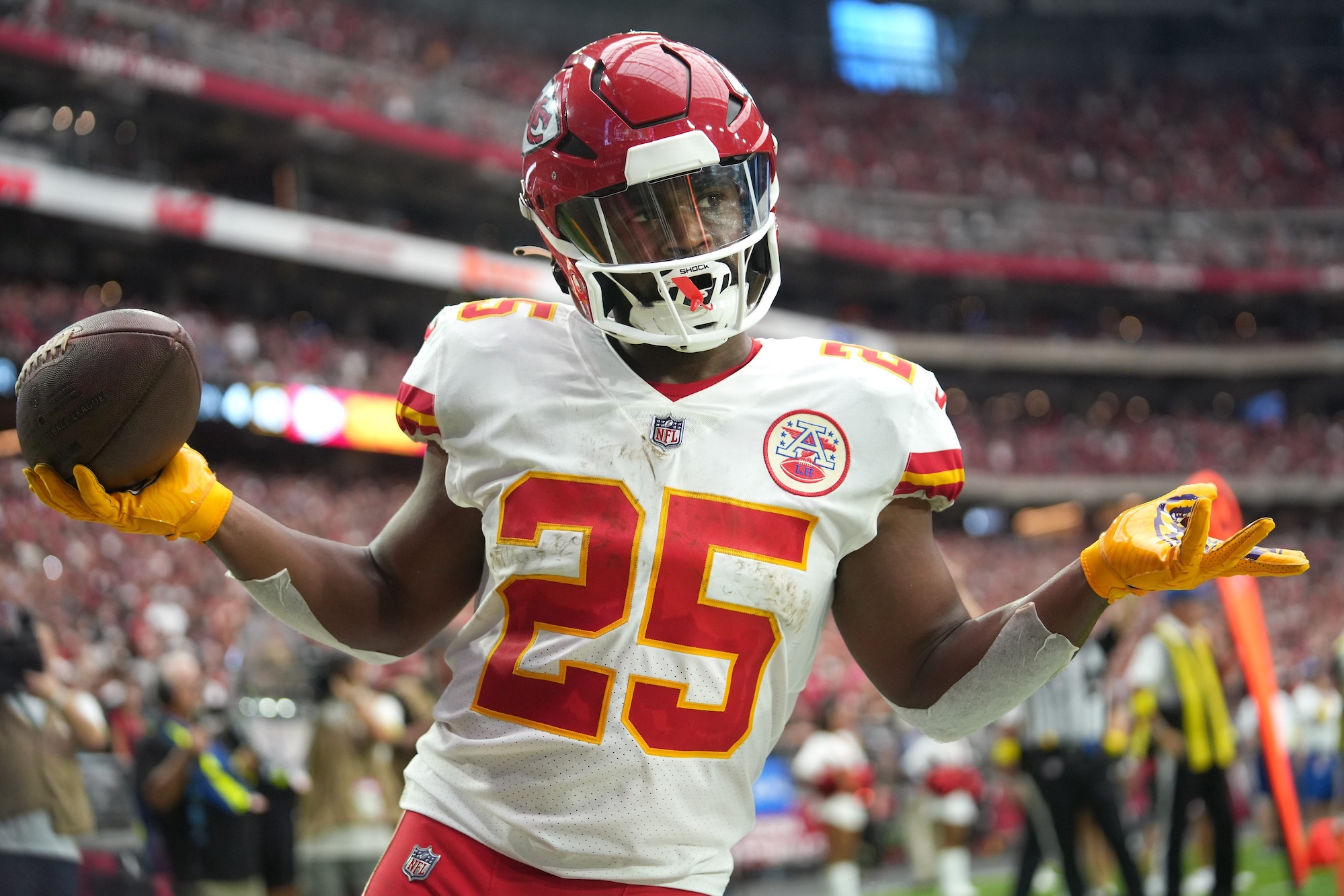 The Kansas City Chiefs claimed a three-point victory over the Los Angeles Chargers on Thursday Night Football. It awards the 2-0 Chiefs with sole possession of first place in the ever-competitive AFC West division. Chiefs quarterback Patrick Mahomes was electric throughout the victory, completing 24-of-35 passing attempts for 235 yards and a pair of highlight-reel touchdowns. Kansas City’s offense also received a boost from running back Clyde Edwards-Helaire, who gained a team-high 74 rushing yards via eight carries.

Edwards-Helaire produced a 52-yard run late in the fourth quarter that essentially sealed the victory for the Chiefs, who were nursing a one-score lead at the time. It was the longest play from scrimmage of Edwards-Helaire’s career.

We love to see him flourish pic.twitter.com/tZkE9ODEls

The Chiefs should consider getting Edwards-Helaire more involved as the season progresses.

Edwards-Helaire appears to contain more juice in his legs this season. The Baton Rouge, Louisiana native is off to a fantastic start through two contests. Edwards-Helaire has thus far accounted for 116 rushing yards on 15 total carries. That’s an average of 7.7 yards per carry. Edwards-Helaire has yet to receive double-digit carries in a single contest. Chiefs head coach Andy Reid should be gaining confidence in Edwards-Helaire’s ability to handle a larger workload.

It qualifies as a potentially fate-deciding campaign for Edwards-Helaire in Kansas City. The No. 32 overall selection in the 2020 NFL Draft, Edwards-Helaire is in his third season. The former LSU product has thus far failed to meet his pre-and-post draft expectations. Chiefs general manager Brett Veach will decide to execute or deny the fifth-year player option on Edwards-Helaire’s rookie contract this coming offseason. The current expectation based on production is the Chiefs will decline that option, which would force Edwards-Helaire to enter a contract season in 2023. Edwards-Helaire has an entire campaign (and postseason?) to make a stronger case for himself, however.

Edwards-Helaire struggled throughout his first two seasons. He’s missed time with injuries in both seasons and hasn’t been an outstanding producer. Edwards-Helaire has also disappointed in the ball security department, which cost Kansas City a couple of games via two fumbles last season. He’s running with a greater sense of urgency this year and has the look of a much-improved player.

The Chiefs put Edwards-Helaire on notice this offseason. Veach signed free agent running back Ronald Jones II to a one-year contract. Jones has thus far been inactive for both Chiefs games, however. Veach also drafted former Rutgers running back Isiah Pacheco with the No. 251 selection in the 2022 NFL Draft. Pacheco has flashed immediate juice, gaining 62 yards and a touchdown via 12 carries in garbage time in Kansas City’s dominant Week 1 win over the Arizona Cardinals. Pacheco wasn’t involved in the Chargest contest, earning just two carries.

Veteran journeyman Jerick McKinnon also returned after re-signing with the Chiefs earlier this offseason. McKinnon will remain involved via passing-down work, and even stole some goal line touches and reps against the Chargers. McKinnon shouldn’t be getting goal-line work over Edwards-Helaire.

The Chiefs’ offense is off to a dream-like start despite losing Hill. They’re averaging 35.5 points per contest while cruising to a perfect 2-0 record. Reid mustn’t neglect Edwards-Helaire and the impact he’s making, however. Getting Edwards-Helaire more involved via the ground game can lead to an even more efficient and effective Chiefs offense.