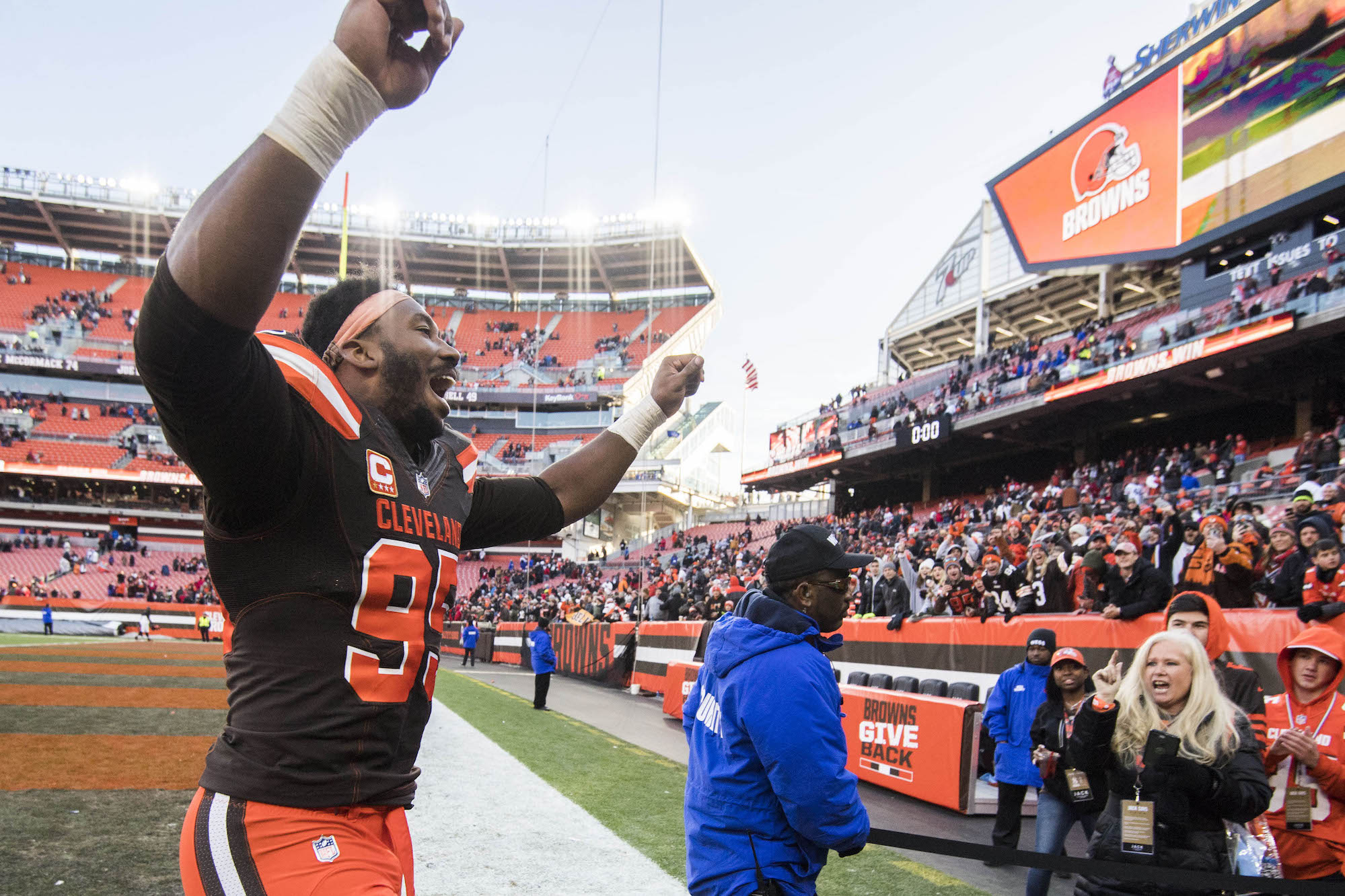 What Will Make 2022 Season A Success For Browns?

There’s no way to sugarcoat it or beat around the bush here. What a successful season will look like for the Cleveland Browns hinges almost entirely on what quarterback Deshaun Watson’s suspension will look like.

If Watson is eligible to play for at least half of the season, the Browns could be looking at a deep playoff run, even as far as the AFC Championship or Super Bowl. But assuming the NFL takes a harsher stance against Watson for his numerous sexual harassment and assault allegations, the quarterback could be missing almost all—if not all—of the 2022 season. Should that be the case, Cleveland is looking at a significantly more disappointing season, one that may not even feature a playoff berth.

Quarterback question aside, the Browns are a very talented team on offense. Their two-headed backfield of running backs Nick Chubb and Kareem Hunt is the NFL’s best, and even fellow back D’Ernest Johnson flashed in his cameo appearances as a spot starter in 2021. As if their top three weren’t enough, the Browns went and drafted Cincinnati standout Jerome Ford in the fifth round of the 2022 NFL Draft.

It’s not just their run game that features such strong skill players. Even after trading away receiver Odell Beckham Jr. and releasing Jarvis Landry, Cleveland still has a strong pass-catching corps. Receiver Donovan Peoples-Jones is gearing up for a potential breakout season in his third year after a solid year-two showing, and the Browns made a big trade to acquire Amari Cooper from the Cowboys after his very successful tenure in Dallas. In addition, the Browns signed tight end David Njoku to a four-year extension in March and drafted receiver David Bell in the third round one month later.

Even the non-skill players on the Browns’ offense—a.k.a. the offensive line—are among the NFL’s best. The front five had a solid season last year, doing an alright job keeping quarterback Baker Mayfield upright, but the push they generated up front for the running backs was their real selling point.

Chubb averaged 5.5 yards per attempt, tied with the Colts’ Jonathan Taylor for the most of any running back with at least 200 carries. Hunt averaged 4.9 yards per carry—albeit in a limited sample size—and Johnson finished with an average of 5.3 yards per attempt. This year, the Browns should be even better up front with tackles Jedrick Wills Jr. and Jack Conklin back for a full season after injuries kept them sidelined for four and ten games, respectively.

Defensively, Cleveland isn’t too shabby either. Of course, edge rusher Myles Garrett got a lot of attention for his phenomenal, 16-sack 2021 season that earned him both Pro Bowl and first-team All-Pro honors, but he isn’t their only impact player on defense. Fellow edge rusher Jadeveon Clowney is coming off of a vintage season with nine sacks, and linebacker Jeremiah Owusu-Keramoah had a solid rookie year to build on. Further, cornerbacks Greg Newsome and Denzel Ward are strong anchors to a fantastic secondary that also features safeties John Johnson III and Grant Delpit.

The Browns have plenty of pieces all across their roster and on both sides of the ball to be not only AFC North contenders but potential Super Bowl hopefuls in 2022. The only problem is the one spot that provides the biggest question mark is at quarterback, the most important position in all of sports. The dropoff from a quarterback with Watson’s skills to one of the backups—be it Jacoby Brissett, Josh Dobbs, or recent signee Josh Rosen—is substantial. Cleveland can have all the talent in the world in their backfield or catching passes out wide, but if they don’t have a good quarterback, it doesn’t matter.

So, what would make the 2022 season a successful one for the Browns? With Watson available for a majority of their games, Cleveland should win the AFC North and win at least one playoff game to consider this year a success. Without Watson, the Browns can still consider this season a success if they finish above .500 and potentially vie for a wild-card spot. There’s too much talent on the team around whoever starts at quarterback to not at least put together a winning season.