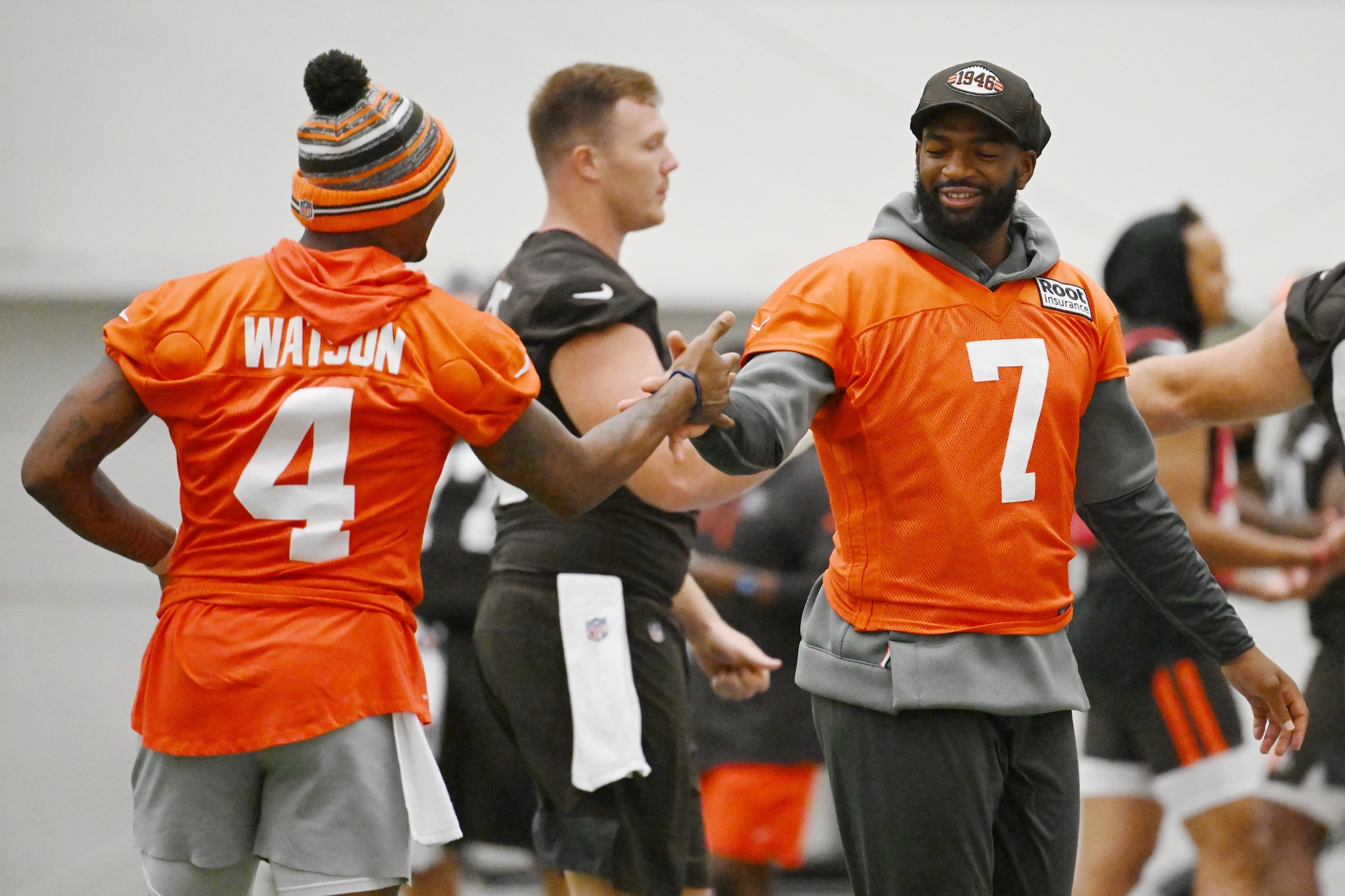 Will Browns Offense Change Much During Deshaun Watson’s Suspension?

Following a ruling handed down by disciplinary officer Sue L. Robinson, it’ll be at least six games before we see quarterback Deshaun Watson suit up for the Cleveland Browns. It’s a suspension that the NFL now has three days to appeal. In the meantime, Cleveland will push forward with a new look on offense during the first quarter and a half of the 2022 campaign.

A risk that general manager Andrew Berry knew of when initially trading the farm for Watson a few months back, the Browns with Jacoby Brissett running the show could prove to be a shell of the potential impact they may have once Watson returns to action. For aunit predicated on its ability to run the football anyway, it isn’t rocket science to say the tandem of Nick Chubb and Kareem Hunt will be thrust into even larger roles with Brissett calling the shots.

A career 37-game starter for three organizations, things under center could be much worse for the Browns than Brissett—for many reasons. While Brissett’s 14-23 win-loss mark won’t turn any heads, experience under center is all you can ask for as he holds down the fort in lieu of Watson’s impending return. Whether the dual-threat talent in Watson does indeed return in Week 7 against the Baltimore Ravens or is faced with a heftier suspension if the NFL were to win a yet-to-be-filed appeal, Brissett has been here before. Brissett was a five-game starter for the Miami Dolphins last fall, but it was just three seasons ago when Brissett started 15 games for the Indianapolis Colts (7-8), tossing 18 touchdowns compared to six interceptions.

Although the impact of Amari Cooper will remain muffled before Watson’s arrival—and the same can be said about Donovan Peoples-Jones, rookie David Bell, Anthony Schwartz, and flex talent David Njoku—the Browns’ offense goes as Chubb goes. After totaling more than 1,200 yards on the ground last fall, he’ll be looked upon once again to shoulder what could be a one-trick pony on offense for the first month of the season.

With games against the Carolina Panthers—and Baker Mayfield—New York Jets, Pittsburgh Steelers, Atlanta Falcons, Los Angeles Chargers, and New England Patriots, things could be much more strenuous to kick off the year. It would be silly to disregard Brissett as a player incapable of leading Cleveland to multiple victories in that time frame. By no means is he one of the league’s elite, nor will the industry consider him an above-average signal-caller by any stretch of the imagination, but with the aforementioned talent around him—and play that will come behind one of football’s premier front fives—Brissett won’t be asked to play hero ball to keep Cleveland in games. He just can’t be the reason they lose them.