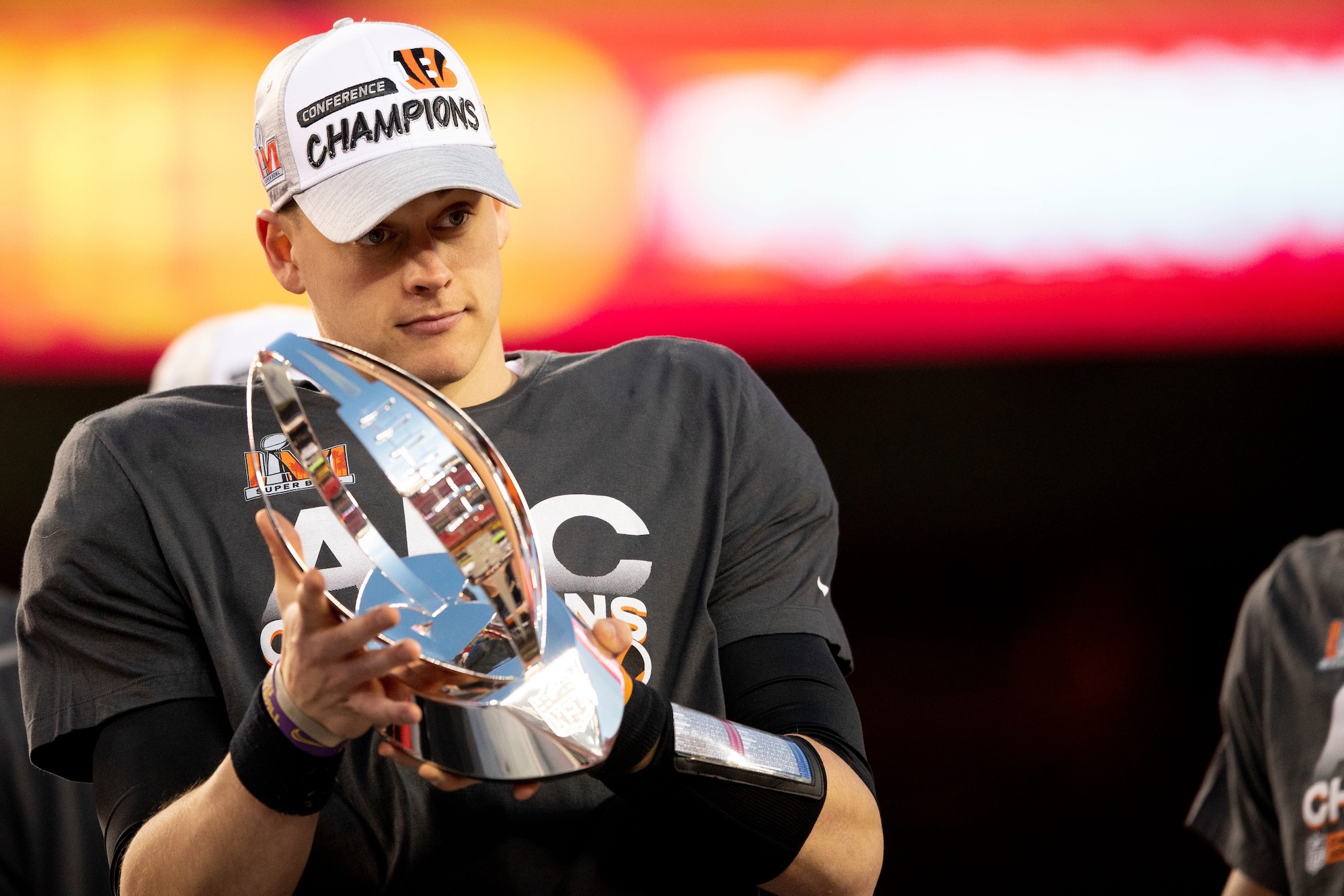 What Will Make 2022 Season A Success For Bengals?

To say the Cincinnati Bengals surpassed expectations last season would be a serious understatement. Following a four-win campaign in 2020 that was headlined by a haunting season-ending knee injury suffered by franchise quarterback Joe Burrow, the Bengals shocked the masses in 2021 by enjoying their first double-digit win season since 2015 en route to earning their first Super Bowl appearance since 1988. The 2022 iteration of the Bengals is facing sky-high expectations as a result of last season’s newfound success.

The presence of Burrow makes those expectations feel attainable. Burrow thrived as a sophomore while proving he was past the injury that once left his future effectiveness in doubt. The former LSU standout threw for 4,611 yards and 34 touchdowns while leading the Bengals to a division crown. Burrow established himself as one of the game’s premier signal-callers in 2021.

Quantifying what a successful season for the Bengals looks like in 2022 can be difficult. An appearance in Super Bowl LVI could mean that anything less than a repeat performance may be seen as a disappointment by a passionate fan base that’s been starved for the kind of success Cincinnati has now proven capable of achieving. Making back-to-back Super Bowl appearances is extremely difficult, however, particularly in a new-look, loaded AFC. However, Bengals fans should expect another double-digit win season with their Bengals in the mix to compete to represent the AFC in Super Bowl LVII for the second consecutive season. Missing the postseason altogether would be an outright failure.

Cincinnati’s offensive line was undeniably their Achilles heel in 2021. Burrow was sacked an astounding 51 times during the regular season and an additional 19 times (!) in four postseason contests. Tobin responded by completely revamping the right side of Cincinnati’s offensive line. Alex Cappa joined from the Tampa Bay Buccaneers in free agency via a four-year, $35 million contract and is expected to slot in at right guard. Tobin pounced on the surprising availability of bookend right tackle La’el Collins, who was released by the Dallas Cowboys. Collins signed a three-year, $21 million contract to be Cincinnati’s new right tackle. Veteran center Ted Karras also joined from the New England Patriots and is expected to serve as Cincinnati’s new pivot.

A much improved offensive line should afford Burrow the time necessary to get the ball in the hands of his playmakers with terrific efficiency. The pass-catching trio of Ja’Marr Chase, Tee Higgins, and Tyler Boyd instill fear in the hearts of opposing secondaries on a weekly basis. Running back Joe Mixon established himself as one of the game’s elite dual-threat ball carriers, accounting for more than 1,500 total yards of offense and 16 touchdowns. Mixon’s presence in Cincinnati’s backfield means defenses have to respect both the run and pass when the Bengals are on the schedule. The Bengals did lose breakout tight end C.J. Uzomah to free agency, but veteran Hayden Hurst qualifies as a shrewd low-cost replacement.

Cincinnati’s offense has all the pieces in place to finish as a top-10 unit in scoring for the second consecutive season.

What makes the Bengals so dangerous is they aren’t a one-dimensional team. Bengals Defensive Coordinator Lou Anarumo had his defense playing a quality brand of football last season. Anarumo’s defense allowed just 102.5 rushing yards per contest en route to earning the league’s fifth-ranked rushing defense. The Bengals will want to improve in certain areas as well after ranking 17th in points allowed per game (22.1) and, more notably, 26th in passing yards allowed per contest (248.4).

Tobin addressed an underwhelming secondary by using his first two selections in the 2022 NFL Draft on back-end defenders. Former Michigan safety Daxton Hill should make an immediate impact while cornerback Cam Taylor-Britt should quickly work into Cincinnati’s cornerback rotation. Creating more turnovers will also be a focus in 2022 after the Bengals broke even in turnover differential last season. Superstar safety Jessie Bates III remains in place, although it may take a lucrative contract extension to get Bates back on the field in 2022. Mike Hilton and Chidobie Awuzie also add some much-needed stability.

Cincinnati’s defensive strengths extend to their front seven. Trey Hendrickson was arguably the best free-agent signing of the 2021 season. The former Florida Atlantic defender recorded a career-high 14.0 sacks in his first season as a Bengal and should have little issue reaching double-digit sacks for the second consecutive season in 2022. D.J. Reader and B.J. Hill are stout interior defensive linemen that help control the line of scrimmage. The linebacker corps leaves some to be desired, but Akeem Davis-Gaither is an ascending talent that could play a larger role in 2022.

Competing in the AFC North somewhat complicates things, but the Bengals should be viewed as slight favorites to repeat as division champions. The Baltimore Ravens appear to be a much-improved squad and, perhaps more importantly, should be healthier after the injury bug decimated much of their roster last season. The Cleveland Browns’ fortunes may depend on the length of a potential suspension for quarterback Deshaun Watson. Should Watson miss minimum time, the Browns are expected to be postseason contenders. The Pittsburgh Steelers may have the lowest ceiling of any team in the division, but it’s worth noting the Steelers qualified for the playoffs last season and head coach Mike Tomlin has never experienced a losing season. The division will be competitive once again.

Bengals Head Coach Zac Taylor is the correct leader to usher this franchise forward. That statement was considered questionable prior to last season kicking off, but it’s longer in doubt. Taylor entered the 2021 campaign on the hottest of hot seats after compiling just six victories across his first two seasons in charge. Taylor’s 2021 success catapulted him into contention for Coach of the Year honors, and his status as Cincinnati’s head honcho is beyond secure. He should oversee a contending Bengals squad for many years to come.

The expectations for Cincinnati’s 2022 campaign are rather straightforward. The Bengals must build upon last season’s success by qualifying for the postseason and competing for another Super Bowl appearance. The roster is loaded with talent and should have little issue proving last season’s Bengals weren’t a one-year wonder. Their elite franchise quarterback should help carry them to additional glory in 2022.