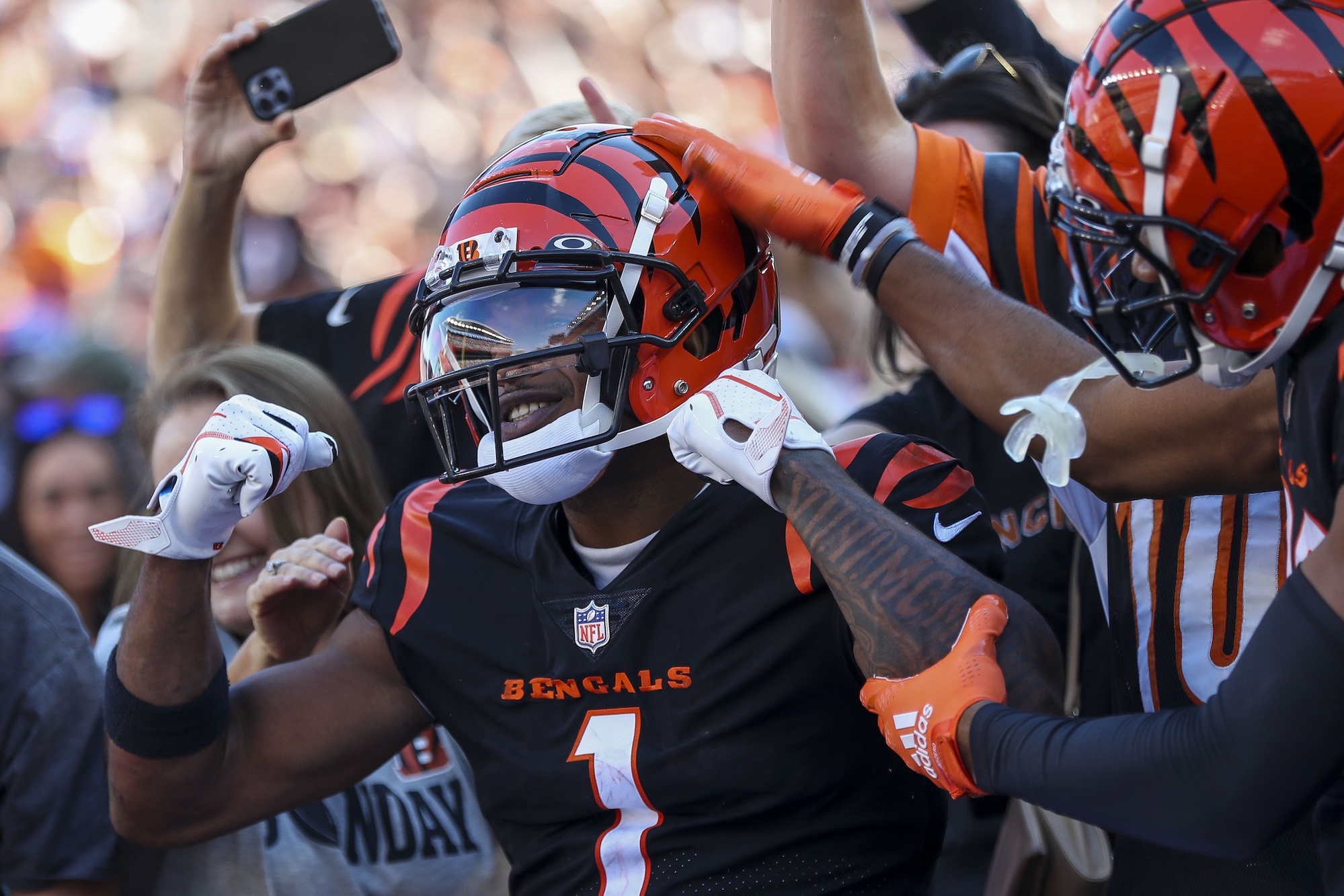 The Cincinnati Bengals Are Back

Winners in two of their last three and four of their last five games, the turnaround has been a long time coming for the defending AFC champion Cincinnati Bengals. While an 0-2 start ushered in skeptics that believed a Super Bowl appearance hangover was in the works, the Joe Burrow-led Bengals have begun to find their footing.

One of the top young minds in the game, the Bengals are much, much more than one-trick ponies. While Burrow’s rapport with wideout Ja’Marr Chase draws attention, the onslaught of weaponry at Burrow’s disposal presents a case of pick your poison each and every week.

On Sunday against the Atlanta Falcons, it was Tyler Boyd that led the team in yards (155) while matching Chase in receptions with eight.

Tyler Boyd with ONE HAND.

It’s been a revelation of sorts for Cincinnati to finally be firing on all cylinders. With an opening season loss to Mitchell Trubisky and the Pittsburgh Steelers and a three-point road loss at the hands of the Dallas Cowboys, both Weeks 1 and 2 saw the Bengals fail to score more than 20 points. Something had to change. While nothing has from a conceptual or personnel standpoint, the rust from a deep playoff run last winter has seemingly worn out its welcome for one of the most high-octane units in all of football. With 65 points scored in the last two weeks combined, head coach Zac Taylor’s group has begun to find their mojo.

The only quarterback in history to record two games with 500 or more total yards and four touchdowns, Burrow has been, well, Burrow, over the last month of the campaign. A 300-yard, three-touchdown day against New Orleans last week paved the way for his gaudy 481-yard four-touchdown performance on Sunday—an overwhelmingly positive sign as the Bengals look to maintain their standing atop the AFC North totem pole alongside Baltimore.

It was only a matter of time before the Bengals got going. The old adage that the cream always rises to the top could never be more of a fact when it comes to Taylor’s Bengals—there’s just too much talent to counter with Chase, Boyd, Joe Mixon, Tee Higgins, and tight end Hayden Hurst. When you have Burrow calling the shots on top of that, well, you see my point as to why it’s never good to have knee-jerk reactions to teams based on two weeks—good or bad. And now, as we approach Week 8, it’s full steam ahead for the 4-3 Bengals.

Led by the dynamic trio of Burrow, Chase, and Higgins, Cincinnati looks to be back. While early season mishaps and a failure to light up the scoreboard seem like a lifetime ago, this version of the Bengals has provided flashbacks to the dominant unit we saw take over the AFC just last fall.