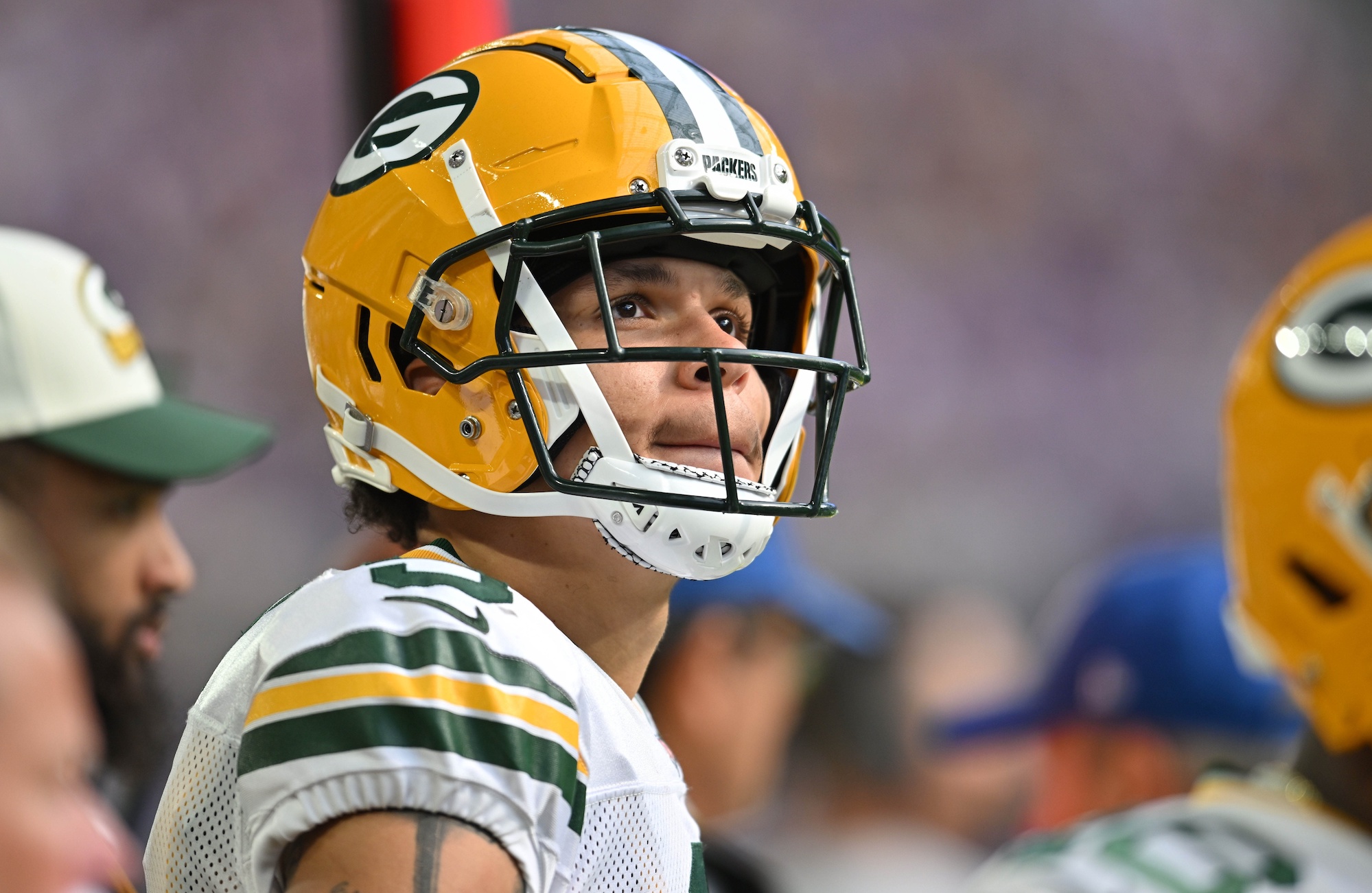 Should Packers Shut Down Christian Watson?

The Packers should shut Watson down until further notice. A concussion designation is now Watson’s third concerning injury of the young campaign. Watson underwent minor knee surgery in the offseason that sidelined him for the bulk of training camp. It cost him valuable reps as a small-schooler attempting to acclimate to the professional ranks. A recurring hamstring injury later forced Watson to sit out Weeks 3 and 6 altogether, while also departing Week 5 prematurely. Watson hasn’t captured much luck throughout his debut season. He’s spent plenty of time on Green Bay’s mid-week injury reports.

Watson’s concussion may further derail what’s been a less-than-desirable rookie campaign. The No. 34 overall selection in the 2022 NFL Draft, Watson hasn’t managed to develop into Aaron Rodgers‘ go-to weapon just yet. Watson and Rodgers have failed to get on the same page. Watson has seen just 12 total targets and has been credited with multiple drops. Rodgers has “enjoyed” a pedestrian passer rating of just 79.9 when targeting Watson, per Pro Football Focus. Their chemistry remains a work in progress.

The Packers may feel internal pressure to get Watson back on the field once cleared. Much to the dismay of the fan base, Packers general manager Brian Gutekunst did not acquire a wide receiver before Tuesday’s trade deadline. The Packers were heavily linked to trading for Chase Claypool, who was ultimately acquired by their arch-rival Chicago Bears. Green Bay’s deadline inactivity adds additional pressure to Watson and his running mates. Midseason help isn’t on the way. Green Bay’s offensive issues must be solved in-house.

Watson has totaled just eight receptions and 64 yards in five regular-season appearances. Further patience is required with Watson, who played his college football at the FCS-level North Dakota State. Watson can continue developing behind the scenes should his concussion scare momentarily sideline him.

The likes of Allen Lazard, Sammy Watkins, and fellow rookie Romeo Doubs would be expected to carry the load throughout Watson’s potential absence. Watkins, who recently returned from an injury of his own, played a season-high 52 snaps (79% of Green Bay’s total offensive plays) in the loss against Buffalo. Watkins’ speed and explosiveness could help offset what they’d be losing in Watson. Rookie seventh-round selection Samori Toure may get more involved after recording a team-high explosive 37-yard reception in Week 8.

The Lions’ defense can be exploited this weekend even without Watson in the lineup. The Lions are allowing league-worse marks in total yards allowed per contest (421.3) and points allowed per game (32.1). Head coach Dan Campbell recently fired defensive backs coach Aubrey Pleasant as a result.

It’s been a difficult campaign for Watson and all parties involved. Patience remains a virtue. Watson has flashed the playmaking potential that convinced Gutekunst to draft him with a premium selection. The Packers must approach Watson’s latest setback with caution.