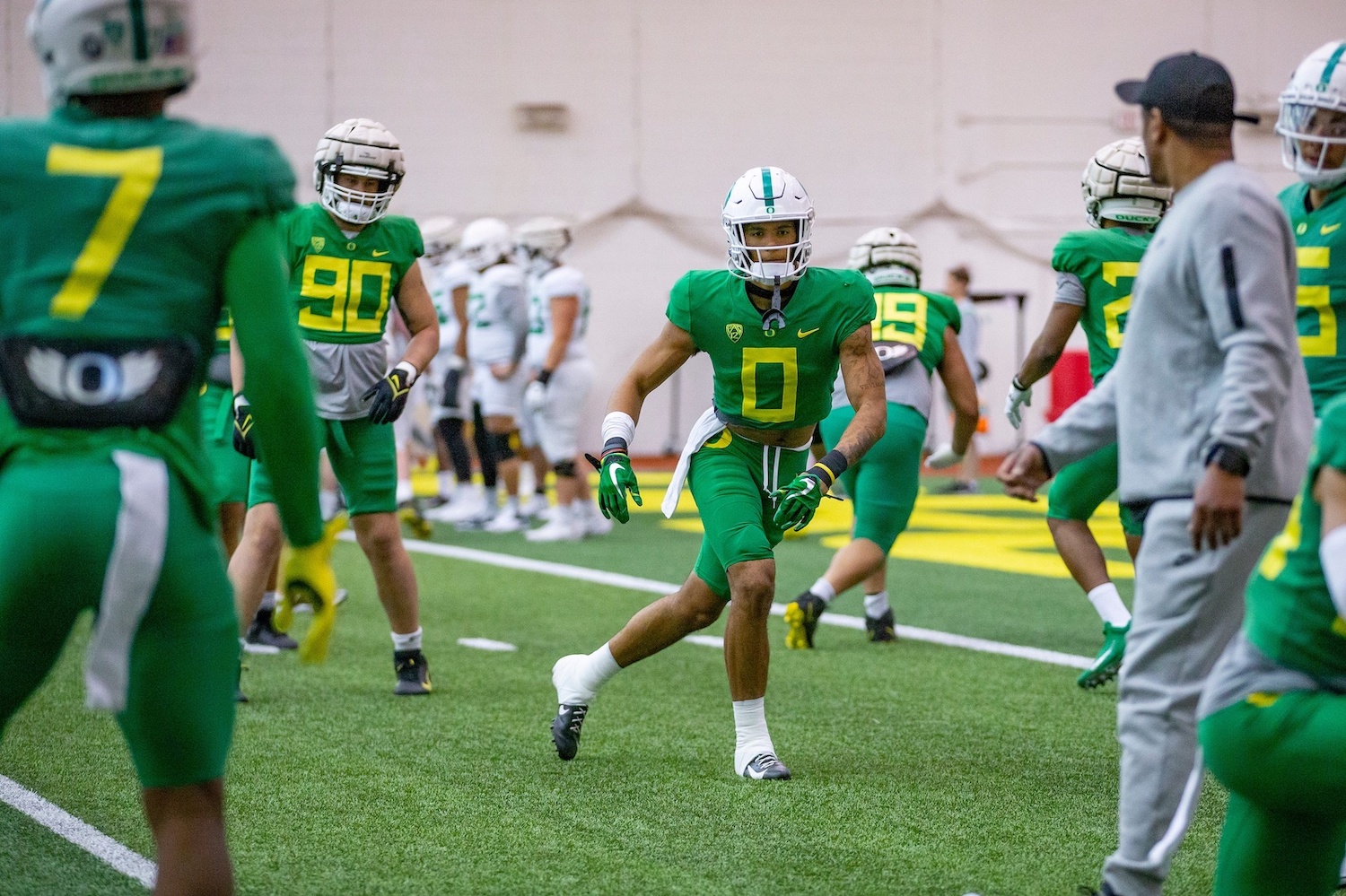 The transfer portal has been the talk of college football ever since it was established back in 2018. It has provided both student-athletes and universities opportunities to find success both on and off the field and has drastically impacted the outcomes of the football seasons.

Without the transfer portal does LSU win the National Championship in 2020? Probably not, as Joe Burrow wouldn’t have been their starting quarterback. Now, not every transfer will change a team’s prospects and alter college football as Burrow did, but there are many other examples of players who transfer to a new program and have instant success.

This past offseason, college football saw many big-name players hit the transfer portal and change teams. The most prominent transfer was former Oklahoma quarterback Caleb Williams, who opted to follow his head coach Lincoln Riley to USC. His transfer caused a ripple effect as it led to current USC quarterback Kedon Slovis transferring to Pitt when he realized the writing was on the wall with Williams coming in. Williams’ transfer also sparked the Biletnikoff winner Jordan Addison to throw his name in the portal and leave Pitt to go join Williams at USC, creating the best quarterback-wide receiver duo in the country.

While these transfers and many others stole the headlines this offseason, there is one transfer that has a chance to make a massive impact for his new team and greatly impact this year’s NFL draft: former Colorado and current Oregon Ducks cornerback Christian Gonzalez.

Gonzalez was a two-year starter with Colorado before deciding to transfer to the Ducks. He originally signed with Colorado out of high school back in 2020 and was one of the university’s highest-ranked recruits in more than a decade. Originally from Texas, Gonzalez starred as a two-way player in high school and quickly established himself as a lockdown defender. He comes from a very athletic family as his dad was a former college basketball player and his two older sisters are currently professional track athletes.

As a true freshman in 2020, Gonzalez quickly found his way into the starting lineup and emerged as one of the best young corners in the conference. He flashed his outstanding athleticism and instincts and developed with each passing game played. Gonzalez followed up his strong freshman season with an even more impressive sophomore season. He recorded 53 tackles, 5.5 tackles for loss, and five PBUs on his way to earning Honorable Mention All-Pac-12.

It’s rare that a player who experiences that much success early on in his career hits the transfer portal, but Gonzalez had a strong reason to do so.

“It felt like it was my time to leave Colorado and went in the portal and took a couple visits and seen here and knew it was an opportunity, so I took it.” Gonzalez said.

After the completion of his second season at Colorado, Gonzalez’s secondary coach, Demetrice Martin, was hired away to coach the same position at the University of Oregon. Gonzalez looked at Martin as more than a coach and more like family, so when he left for Oregon, Gonzalez knew he had to follow suit. Now with the Ducks, Gonzalez looks to put another strong year of football on tape and further cement himself as one of the top corners not just in the Pac-12 but the entire country.

I had a chance to watch Gonzalez’s tape recently and came away extremely impressed. I believe he has a chance to hear his name called very early in next year’s draft should he opt to declare.

Again, Christian Gonzalez @chrisgonzo28 CB for a #Oregon is a legit NFL guy 6’2 200 pounds and highly athletic. He is at the top of the screen against Drake London. Competitive through the stem and has the stop/start to stay connected and length to disrupt at the catch point. pic.twitter.com/a6AieNcV1m

Based on the tape and his athletic profile, Gonzalez has a chance to be a first-round pick in next year’s NFL draft. I know that’s a bold statement sitting here in July with a whole season left to play, but that’s how impressive he looked in his first two years at Colorado. Corners with his blend of size, length, and athleticism rarely come around and the fact that he offers instincts and toughness with plenty of high-level play against good competition just is the icing on the cake.

While Christian Gonzalez isn’t getting the love or attention as other corners in this class, I believe his upside is as high as any of his peers and it won’t be long until he puts the rest of the country on notice.