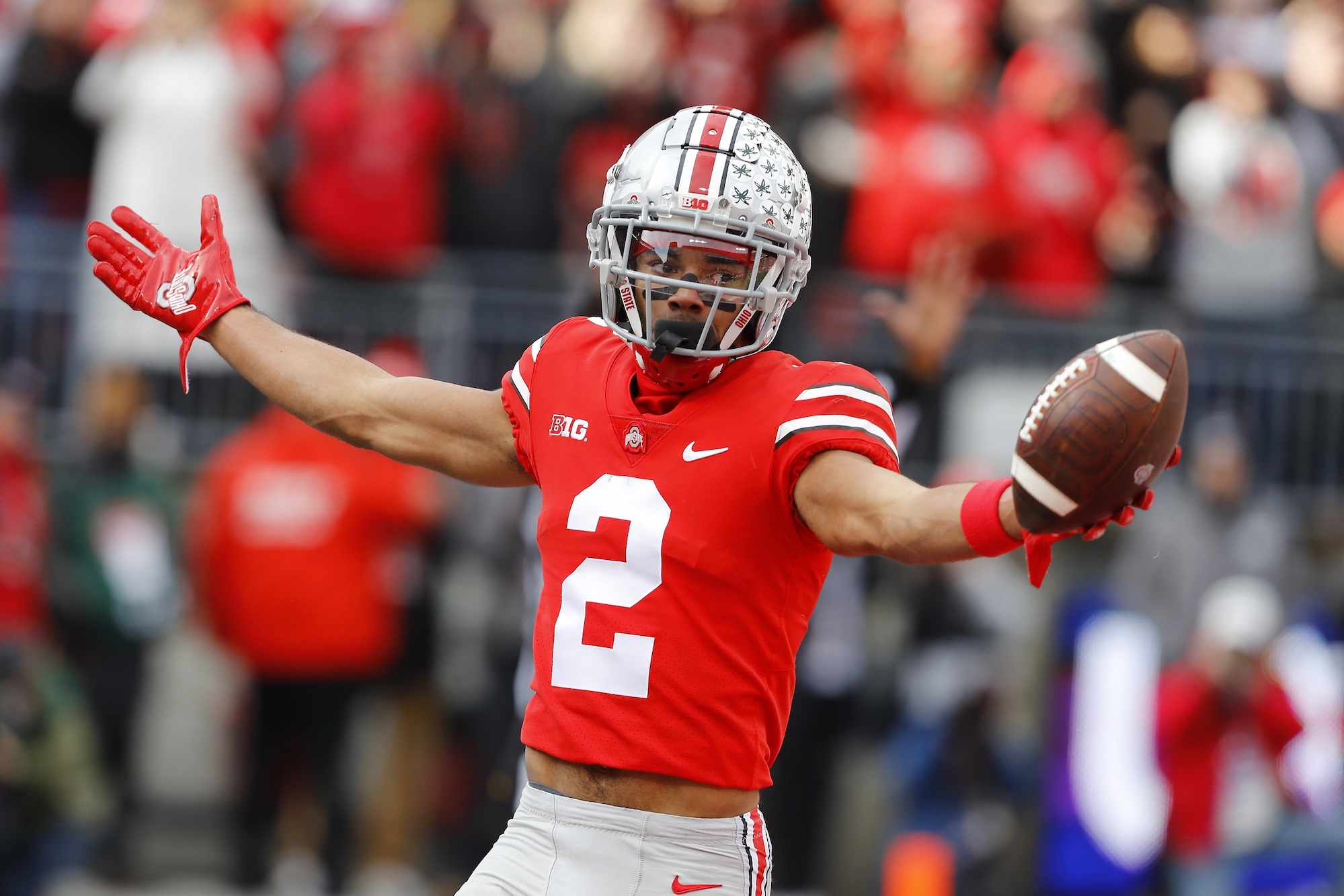 Could Chris Olave Fall To Bears In 2022 NFL Draft?

The 2022 NFL Draft is a little more than two months away. With free agency scheduled to get started on March 14—the date teams can begin negotiating contract terms with players—team needs will change significantly between now and draft weekend. But with a wide receiver room as depleted as the Chicago Bears’, it seems reasonable to assume a pass-catcher will remain a top priority regardless of how free agency unfolds. I’ve already outlined two potential prospects the Bears could target on day two of the draft with either their first selection (No. 39 overall), North Dakota State’s Christian Watson, or in round three, Nevada’s Romeo Doubs. Now, it’s time to focus on a prospect who could experience a draft-day slide, turning Chicago’s second-rounder into a best-case scenario: Ohio State’s Chris Olave. Olave’s 2021 season was, in a word, bizarre. He set career-highs in catches (65), yards (936), and touchdowns (13), but his draft stock… fell. Olave decided to return to Ohio State despite being considered a first-round player at the end of 2020, and while it can be argued that his production in 2021 was even more impressive than last year’s because of how many talented skill players warranted touches in the Buckeyes’ offense, Olave is rarely mentioned among the first three or four top wide receiver prospects in the 2022 NFL draft. The scouts at TDN haven’t joined the groupthink that has prospects like Garrett Wilson, Drake London, Treylon Burks, and even Jahan Dotson ranked ahead of Olave. As it currently stands, Olave is the No. 2 wide receiver in TDN’s 2022 NFL Draft rankings and the 17th-best prospect overall. That seems like an accurate slotting for a prospect who’s a silky-smooth route-runner and proven playmaker. https://twitter.com/BleacherReport/status/1433631833296543744 In the latest 2022 NFL mock draft from TDN’s Brentley Weissman, Olave comes off the board at No. 21 to the New England Patriots. That’s great news for quarterback Mac Jones; it’s a bummer for Justin Fields, who starred with Olave during the 2020 college season. https://twitter.com/DaveKluge/status/1492498244101758976 Weissman’s mock draft differs from TDN’s Joe Marino’s, who has Olave sliding to the Miami Dolphins at No. 29. Kyle Crabbs’ last mock draft from a few weeks ago also has Olave at No. 29, which is at least indicative of Olave’s draft stock teetering on a fringe-first-round player. The 2022 NFL Scouting Combine kicks off on March 1 and it’s an event that will provide Olave with a chance to separate himself from some of the other highly-ranked wideouts. He should thrive in the t-shirt and shorts environment because of how natural of an athlete he is. NFL scouts and draft media will be reminded of why Olave’s grade was so high this time last year. If the Bears are fortunate enough to have Olave slide within range of their pick in the second round, new general manager Ryan Poles will have a tough decision to make. He’s entering the 2022 draft with limited draft capital and he certainly doesn’t want to leverage 2023 draft picks to move up a few spots for Olave. But as we saw with Joe Burrow and Ja’Marr Chase in Cincinnati this season, there’s a very real benefit of reuniting a quarterback and wide receiver who already have established chemistry from their days in college. It may seem like the Bears landing Olave is nothing more than wishful thinking. But so was the likelihood that Chicago would end up with Fields in the 2021 draft. And when it comes to the NFL draft, anything is possible.