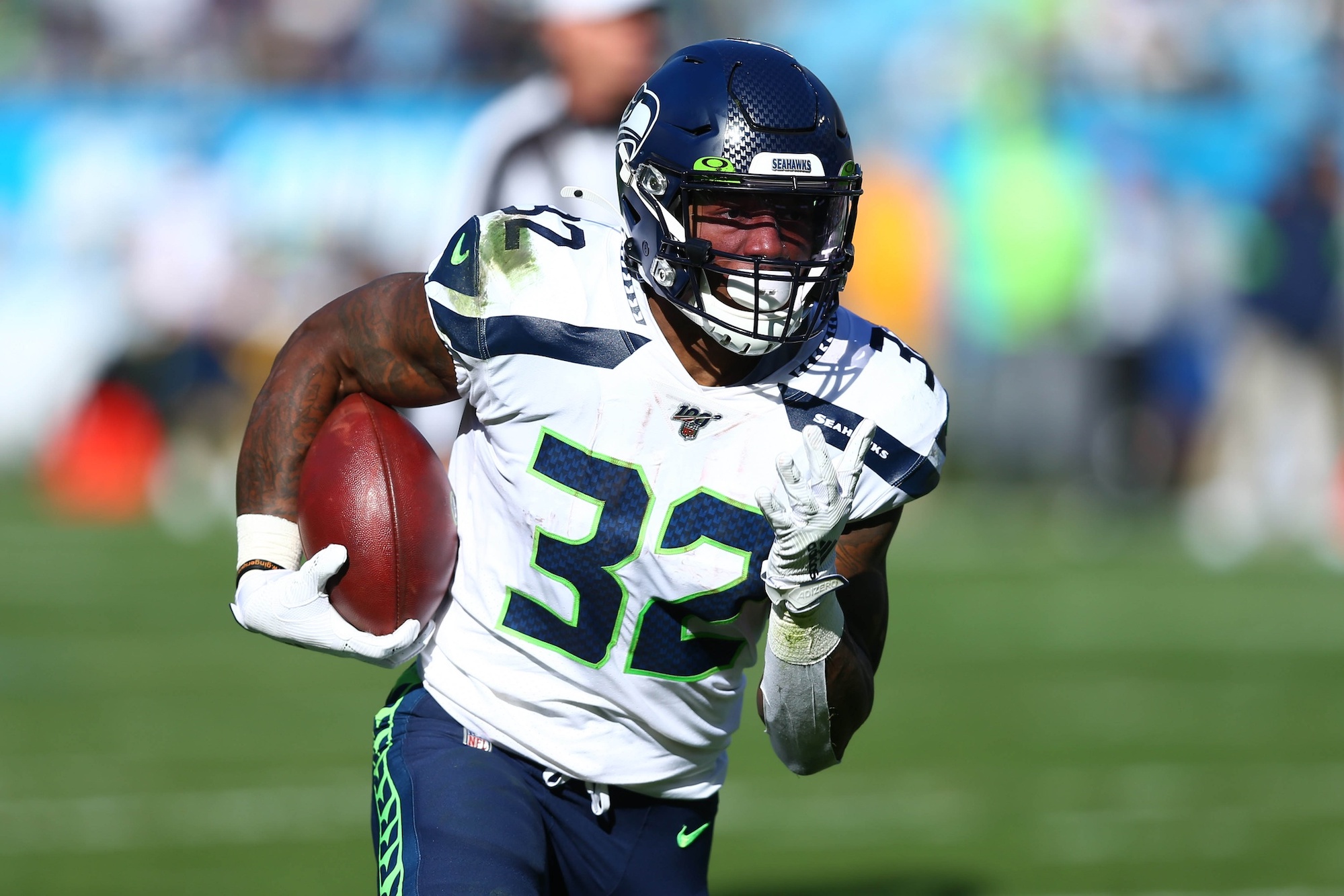 According to multiple reports, Seattle Seahawks running back Chris Carson is retiring from the NFL. Seahawks General Manager John Schneider will release Carson with a failed physical designation, which allows Carson to receive several million dollars in injury protection benefits. It’s a classy move by a Seahawks organization that has made a habit of doing this in the past (Kam Chancellor and Cliff Avril).

Carson suffered a serious neck injury that eventually required surgery. Neck injuries always threaten to derail a player’s career and Carson has now decided to retire as a result. The 27-year-old played in just four games last season before being sidelined by the injury.

One of the more successful seventh-round selections in recent memory, Carson’s loss represents a blow, but Seahawks General Manager John Schneider was prepared for this potential outcome. Former first-round pick Rashaad Penny shined in Carson’s absence last season. Over his final five regular-season contests, Penny accounted for 671 rushing yards and five touchdowns, including four 100-plus-yard performances, best highlighted by a 190-rushing yard output in a Week 18 victory over the Arizona Cardinals. Penny was re-signed to a one-year contract worth $5.750 million earlier this offseason.

Despite keeping Penny in the fold, the Seahawks doubled down at running back by drafting former Michigan State product Kenneth Walker III with the No. 41 overall selection in the 2022 NFL Draft. Walker’s addition via a premium top-50 selection added further insurance to Seattle’s backfield, further proving all parties involved were well aware of Carson’s concerning condition and uncertain future. Seattle is prepared to move forward with Walker and Penny, who should form an effective timeshare.

Carson’s departure potentially clears the way for Walker to receive a heavy workload throughout his rookie campaign, but Walker won’t be handed the starting job without competition. The coaching staff likes Penny, who they’re awfully familiar with. Penny’s familiarity with offensive coordinator Shane Waldron’s system could give him an advantage. After all, the Seahawks re-signed him for a reason. This positional skirmish is worth monitoring throughout training camp, even if it’s unlikely one of them totally runs away with the job. A true 50-50 timeshare is the most likely outcome, especially given Penny’s previous failures to remain healthy for 15-plus consecutive regular-season contests.

In reality, both Walker and Penny will be relied upon heavily when healthy. Pete Carroll’s penchant for establishing the run has been well documented. Whoever wins the starting quarterback job between Geno Smith and Drew Lock shouldn’t be tasked with attempting 40-plus throws on a weekly basis. The Seahawks will attempt to lean on a dominant run game behind a revamped offensive line that features top-10 selection Charles Cross at left tackle.

The Seahawks fielded the league’s 11th-most effective rushing attack last season, averaging 122.0 yards per contest. That number could remain steady or even improve as Seattle prepares for life after Russell Wilson. Walker and Penny are both talented enough to keep Seattle running the ball efficiently and on schedule.

DeeJay Dallas‘ chances of making Seattle’s 53-man roster just increased too. Dallas may be Seattle’s most capable running back on obvious passing downs. Penny has rarely been utilized in Seattle’s passing attack, and Walker recorded just 19 career receptions in three seasons at Wake Forest and Michigan State. Dallas likely has a role in this rotation.

Football can be cruel. Once considered an unknown small-schooler out of Butler Community College and Oklahoma State, Carson delivered audiences a rags-to-riches story for the ages. The Biloxi, Mississippi native deserved to retire on his own terms, but an unfortunate neck injury wrote a different story. Seahawks fans will remember Carson fondly.

Across two campaigns in 2018 and 2019, Carson totaled 2,381 rushing yards and 18 total touchdowns. The Seahawks made the postseason in both instances. The 12th man won’t forget.