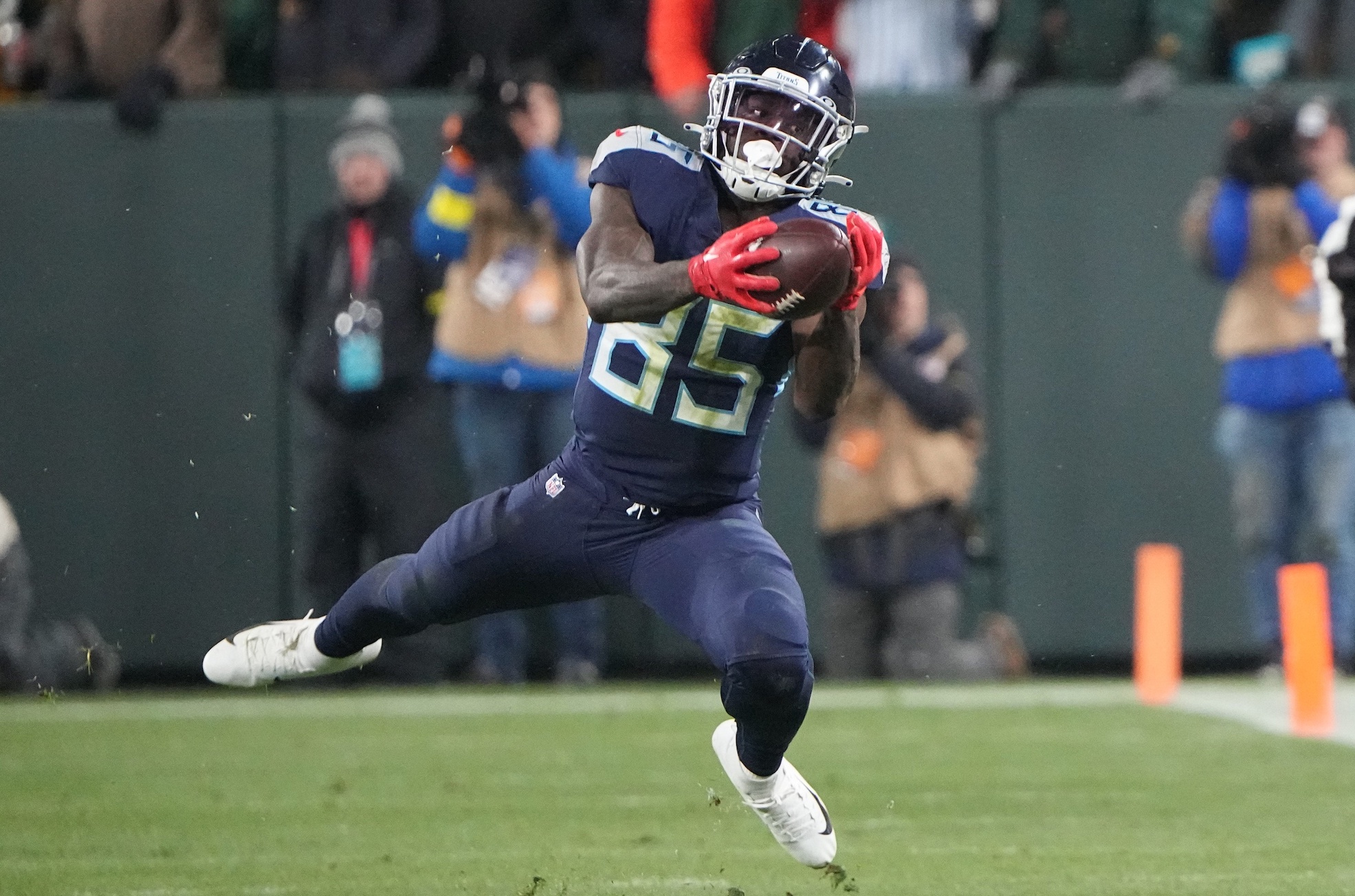 Tennessee Titans rookie tight end Chigoziem Okonkwo is quickly establishing himself as the Titans’ best tight end. Okonkwo was once again excellent in Sunday’s loss to the Los Angeles Chargers, hauling in four receptions for 54 receiving yards. Okonkwo’s 28-yard reception in the dying minutes of the fourth quarter helped the Titans tie the game at 14 apiece. The Titans’ struggling passing offense must continue featuring Okonkwo.

The No. 143 overall selection in the 2022 NFL Draft, Okonkwo has been especially excellent as of late. The former Maryland standout has recorded at least four-plus receptions and 45-plus receiving yards in three consecutive showings. Titans starting quarterback Ryan Tannehill is scanning the field for Okonkwo’s presence when the Titans require a chain-moving play.

Okonkwo is an explosive passing play waiting to happen. He is averaging 15 yards per reception through 14 regular-season contests. Okonkwo already has three receptions of 40-plus yards this season.

Okonkwo is also creating for himself as a run-after-catch threat. He’s averaging an elusive 7.8 yards after the catch per reception, according to PFF. Tannehill and Malik Willis have enjoyed a combined quarterback rating of 121.8 when targeting Okonkwo.

The Titans are lining up Okonkwo all over the field. Okonkwo has spent the majority of his time in-line (165 snaps), but he’s also played 70 snaps in the slot, 37 in the backfield, and 29 on the boundary. Okonkwo is being utilized in a variety of manners as Tennessee’s offense attempts to identify mismatches and place him in advantageous positions.

Okonkwo joined a tight-end room that already possessed Austin Hooper and Geoff Swaim. Hooper signed a one-year contract with the Titans worth $6 million approximately one month before Okonkwo was drafted. Swaim is a long-time Titan who’s a favorite of Mike Vrabel and his coaching staff due to his in-line blocking abilities. Playing time wasn’t easy for Okonkwo to initially come by.

Okonkwo is finally capturing the faith of offensive coordinator Todd Downing, and his playing time is increasing as a result. Okonkwo played a season-high 37 snaps in Sunday’s loss to the Chargers. He was on the field for a season-high 60% of Tennessee’s offensive snaps. Okonkwo out-snapped both Hooper (30) and Swaim (32).

It marks a much-welcomed change in situation for Okonkwo, who played less than 50% of Tennessee’s offensive snaps every week up until Week 13. Since then, he has played 32-plus snaps in three consecutive contests. The Titans can no longer keep Okonkwo’s explosive abilities on the sidelines.

Tennessee’s 29th-ranked passing offense isn’t moving the ball through the air effectively. Okonkwo’s skill set can help Tennessee’s air-game secure the necessary improvements ahead of a potential postseason run. Okonkwo must become a focal point of Tennessee’s offense down the stretch.