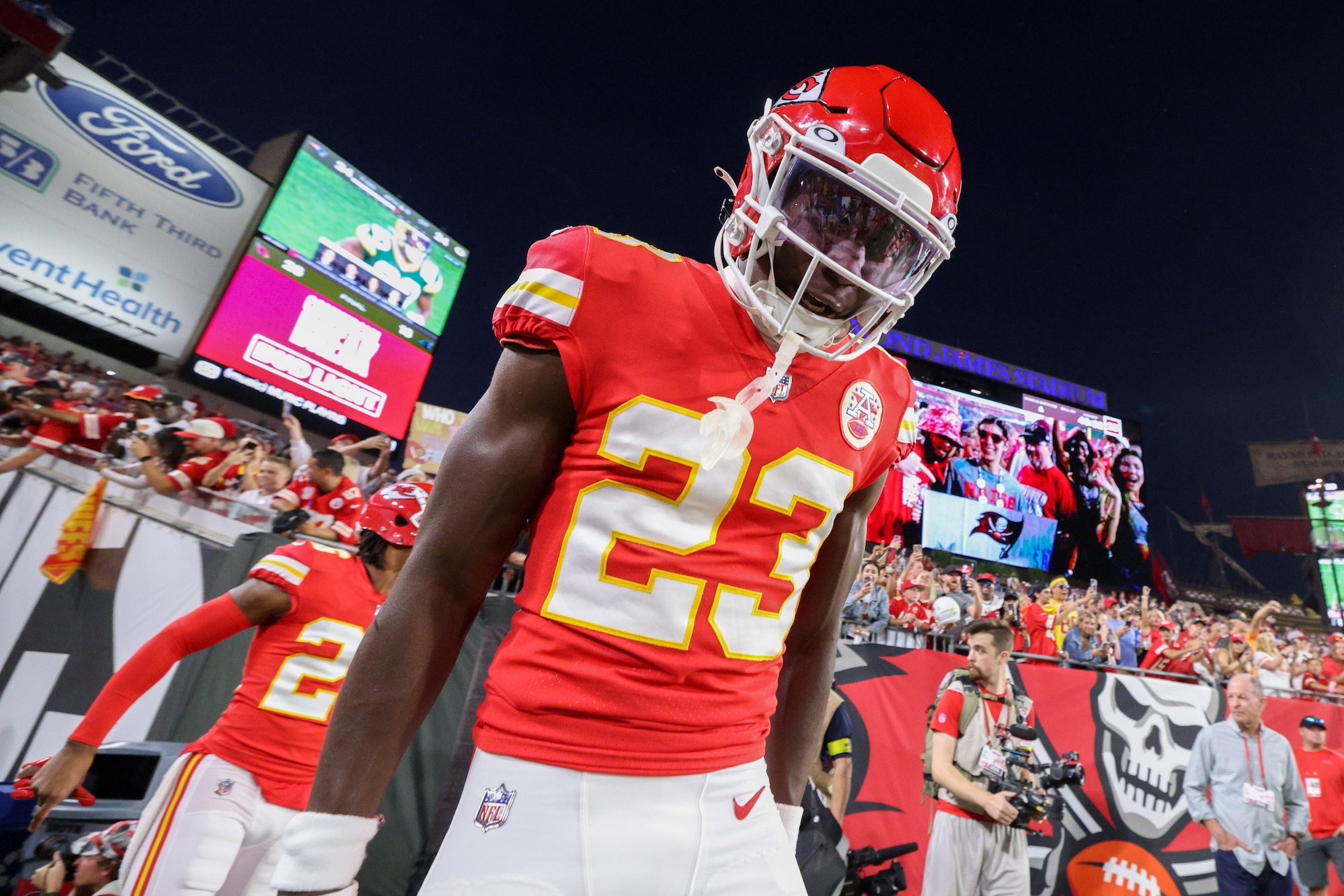 If there was one weakness that stood out about the Kansas City Chiefs’ roster after last season, it was the state of their passing defense.

Though they may have defeated the Buffalo Bills in the divisional round of the playoffs, quarterback Josh Allen still torched them for 329 yards and four touchdowns with a completion rate that approached 75%. In the AFC Championship game, Bengals quarterback Joe Burrow threw for 250 yards and two touchdowns and only took one sack after the Tennessee Titans had gotten to him nine times one week earlier.

That’s why, when the 2022 NFL Draft rolled around this past April, Kansas City invested more than half of their 10 draft picks on players that could bolster their passing defense. Three of the seven defensive players they drafted were cornerbacks: Trent McDuffie in the first round, Joshua Williams in the fourth, and Jaylen Watson in the seventh. That trifecta of picks has started to pay off in recent weeks—all three rookies have begun to step up in their collective role as the future of the Chiefs’ secondary.

McDuffie was always expected to be the real deal in Kansas City as their highest overall draft selection. The unfortunate part for his team is that he’s the one who’s played the least thanks to a hamstring injury in the middle of the Chiefs’ Week 1 matchup with the Arizona Cardinals. That doesn’t mean he hasn’t been making plays while he’s been active.

In 45 coverage snaps over those first two games, McDuffie didn’t allow a single catch. In his return to action against the Titans on Sunday, he recorded his first pass breakup. Yes, one of those games was against a struggling rookie quarterback, but that doesn’t completely account for the fact that he was rarely targeted in those two games as well.

In McDuffie’s absence between Week 1 and Week 9, his fellow rookie cornerbacks have stepped up and made big plays of their own. Watson, playing in immediate relief of McDuffie in Week 1, came in and got tested nearly immediately on a deep pass to veteran wideout A.J. Green. The seventh-round rookie stayed with Green and proceeded to break up the pass cleanly near the sideline.

Of course, Watson’s biggest moment came a week later when, starting in place of McDuffie, he jumped a Justin Herbert pass on the Chiefs’ 1-yard line and took it 99 yards to the house. It proved to be the big turning point of the game as the Chiefs came away with a three-point win.

In recent weeks, Williams, the third member of the rookie cornerback trifecta, has followed suit in stepping up when asked after veteran Rashad Fenton was sidelined with an injury in his last few weeks as a member of the Chiefs, including their matchup with the Bills. So Williams, who had played just 17 defensive snaps heading into that game, was the man who had to defend Bills receivers Stefon Diggs and Gabe Davis in one-on-one coverage. That didn’t go too well, as both Diggs and Davis scored a touchdown with Williams in coverage on fade routes.

Williams didn’t let his rough first showing get to him too much. One week later, he “Mossed” San Francisco 49ers receiver Ray-Ray McCloud for his first career interception after already breaking up a pass intended for Brandon Aiyuk in the red zone earlier that day.

The first career interception for Joshua Williams couldn’t have came at a better time! pic.twitter.com/OyI7enG4CM

Joshua Williams, aside from some top of the route feel, showed a lot of the traits he showed at Fayetteville State. Jabs Aiyuk and when he cuts inside on the slant he flips his hips quickly and gets underneath Aiyuk, nearly getting hands on the throw, but still gets the PBU pic.twitter.com/N8JxvJjkDX

Against the Titans on Sunday, Williams showed off his run-defending skills with an open-field tackle of Derrick Henry behind the line of scrimmage with Tennessee in the red zone.

The Fayetteville State alum has showed off the physicality that had folks excited pre-draft. pic.twitter.com/LboBEeNw9Z

As the three rookie cornerbacks in the Kansas City secondary start to come into their own, the future is very bright for the Chiefs’ passing defense. The team’s decision to trade Fenton at the deadline only further proves that they have lots of faith in their rookies. Now that McDuffie is back and making plays alongside the two guys who had stepped up and made the big plays in his absence, Kansas City’s defensive backs unit looks poised to get even better as the year goes on.