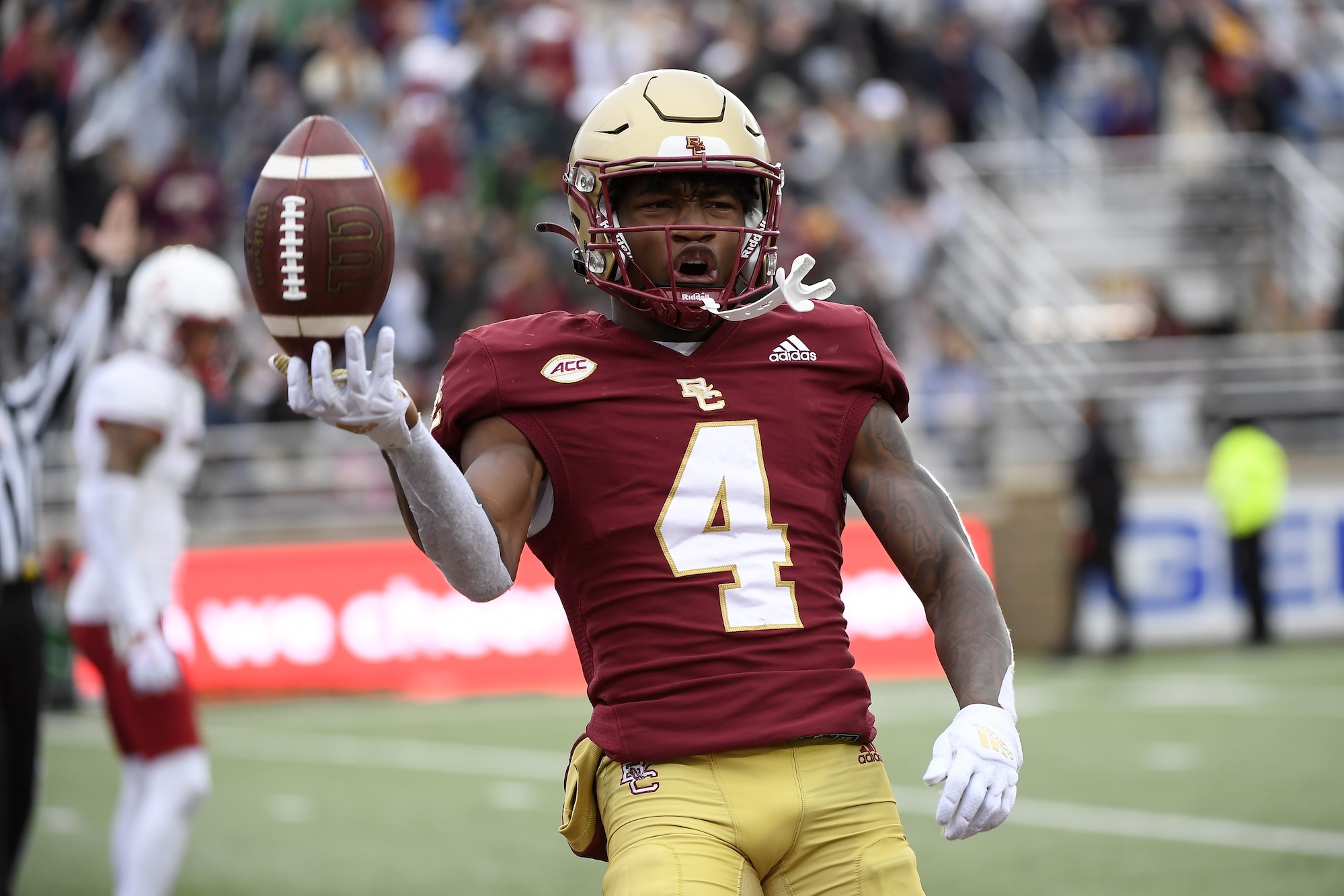 A quarter of the way through the campaign, things could be much, much worse for the 2-2 Chicago Bears. With Matt Nagy out of the building and head coach Matt Eberflus now leading the charge on their way back to relevancy, a specific need—among many—has popped out through four games.  An exhaustive narrative Bears faithful have heard time and time again is that quarterback Justin Fields needs some players on the perimeter. A dual-threat talent whose control of the offense remains on training wheels, here are three pass-catchers to keep an eye out for this fall as potential impact athletes moving into the 2023 NFL Draft.

A patient, yet aggressive boundary talent, Addison carries a lunch-pail attitude to work—Saturday to Saturday—and an inspiring work ethic behind one of the most impressive skill sets in the country. The nation’s Biletnikoff winner last year—an award annually given to the country’s top pass-catcher—Addison has been everything USC head coach Lincoln Riley thought he’d be when transferring in from Pitt.

A lanky, yet sturdy framed presence on the perimeter, Addison, a former 4-star recruit out of high school in Frederick, Maryland, has showcased one of the nation’s elite skill sets early in 2022. A glider in space, watching Addison’s film is similar to having a front-row seat to one of the world’s greatest creative artists. His footwork is like a paintbrush sliding across a blank canvas at a comfortable, yet assertive tempo—quick to switch direction. His hands are aggressive, trustworthy, and never out of place with a magnet-like draw.

Addison is as impactful as they come in the college game. At just 20 years old, Addison’s uniqueness on the outside has remained paramount as USC moves its way up the AP Top 25 rankings.

He doesn’t get the necessary attention like some of the nation’s top pass-catchers, but Hutchinson can BALL. He’s been a staple of the Cyclones’ offense for three campaigns and he remains one of, if not the premier senior wideout in the country.

A 6-foot-3 physically overpowering prospect, he leads the Big 12 in all major receiving categories and would be a nice fit to complement the Bears’ Darnell Mooney. While Addison would welcome a 1a and 1b with the pass-catcher out of Tulane, Hutchinson is an ideal complementary target that could thrive against opposing defenses’ rotational corners. His addition would allow Mooney to continue to evolve into the Bears’ top aerial threat.

“Undersized” at a verified 5-foot-9, who the heck cares. The Bears need playmakers and Flowers fits the script to a T.

If you’ve read my work before, I tend to highlight some of the country’s smaller standouts, but Flowers is as good a wideout as you’ll find in this year’s draft class. He’s looked all the part of a day-one selection early in 2022 and he’ll only continue to put up video-game-like numbers as the lead dog in the Golden Eagles’ aerial attack. He’s alignment versatile, smooth in the air, and has the ability to take it the distance every time he touches the football. His stock has a jetpack attached to it and he would present Fields with an offensive chess piece he’s yet to have at his disposal.