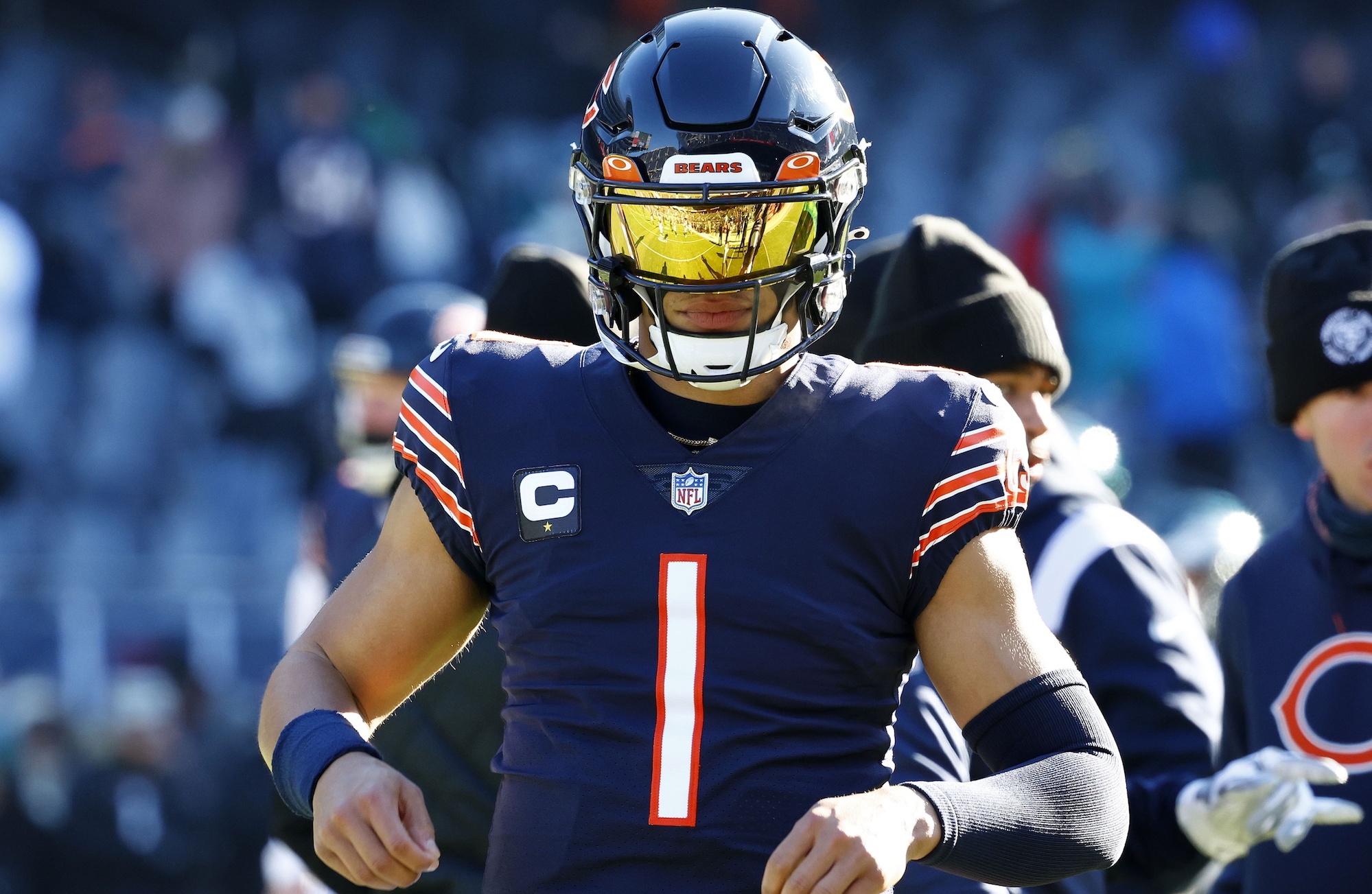 From almost the very moment the Chicago Bears secured the first overall pick with their loss and the Houston Texans’ win in Week 18, speculation began about what Chicago would choose to do with it.

On one hand, they could choose to trade back from the spot. Rumors already had circulated about their consideration to trade back from the No. 2 overall pick, which they were in position to hold ahead of Week 18. After jumping the Houston Texans in the draft order, the Bears only gained more leverage to any potential trade partners. With Houston likely looking to draft a quarterback with the second pick, other quarterback-needy teams will have to be ready to pay up for Chicago to allow them to leapfrog the Texans to be sure they get their guy. If the Bears do indeed decide to trade back from the first overall pick, they’d surely get a premium haul of draft picks to build up their roster around quarterback Justin Fields. Unless…

Before I get put on BLAST by Bears fans, allow me to explain why this makes sense. First, consider the fact that Chicago hasn’t held the first overall pick in the NFL draft since 1947. Holding the top pick in the draft isn’t an opportunity that has come often to the folks running things in the Windy City, to say the least. The position they find themselves in now is a very unique opportunity, and the decision on how to best take advantage of it shouldn’t be taken lightly.

So if second-year general manager Ryan Poles doesn’t get a good enough trade offer or if he really likes one of the top quarterback prospects in this year’s draft class, why shouldn’t he and the Bears hold onto the pick? This is a perfect opportunity for the front office and coaching staff to hit a full reset on the roster.

Poles and new head coach Matt Eberflus are both entering their second seasons in Chicago, facing the beginning of a rebuilding process. Neither was around for the decision to trade up and draft Fields in the first round of the 2021 NFL Draft; the quarterback was an inherited asset from the previous regime. Now that the two have helped Fields build up his value in 2022 and secured the first overall pick, Poles, Eberflus, and the rest of the new regime have the chance to get their pick for a new franchise quarterback and still build up draft capital by trading Fields.

Before this season, an article in The Athletic suggested that the Bears’ continuous state of futility over the last decade had something to do with the “endless cycle of inheriting the previous regime’s trash” since George McCaskey took over as chairman in 2011. In the 12 years since, the team’s general manager, head coach, and starting quarterback have “seldom aligned.” With a new general manager and new head coach, the Bears are a new franchise quarterback away from finally aligning three of the biggest figures in their organization. With the first overall pick and Fields’ trade value this high after a solid sophomore campaign, there’s no better chance to do so.

There are still some flaws in that plan. If the Bears had a serious quarterback problem the way the New York Jets or Houston Texans currently do, it would be a no-brainer decision. Chicago doesn’t really have a big issue though. Sure, Fields could use some improvement and development as a passer, but how much of that could be because the offensive line in front of him stinks and he’s missing quality pass-catchers to throw to? Taking advantage of their league-leading $119 million in cap space this offseason, nine 2023 NFL Draft picks they already have, and the potential to add more in the draft with a trade back could give the Bears a chance to upgrade every part of their roster before the 2023 regular season. That includes major reinforcements on the offensive line and in the receiving corps, which only would give Fields a better chance of hitting his high ceiling of performance.

On top of that, as an incredibly athletic dual-threat quarterback, the only signal-caller more dangerous with his legs than Fields is Lamar Jackson. Do the Bears really want to give up on Fields’ incredibly high ceiling after just a couple of years and risk taking and developing a guy that might not be quite as good at the professional level?

What’s more, trading away Fields would only further alienate an already disgruntled fan base. As a resident of Chicago, I can tell you this city loves its young quarterback. For the first time since Mitchell Trubisky’s second season, Bears fans have a reason to be really excited about their future under center. Poles and the rest of the front office should obviously do what they believe is best for the team on the field, but the price of losing the support of the fans and the risk of getting the pick wrong after Fields showed so much promise this year would doom the Bears to even more years of futility and irrelevance.

Fields is one of the most electrifying quarterbacks in the NFL right now, so trading him away rather than building around him and allowing him to develop would be a huge mistake. Bryce Young, C.J. Stroud, and Will Levis are like a mysterious box with unknown contents. They could turn out to be anything, even as good as Fields! But the Bears know what they have in their current starter and have the chance to turn him into something special. Chicago shouldn’t let him go.