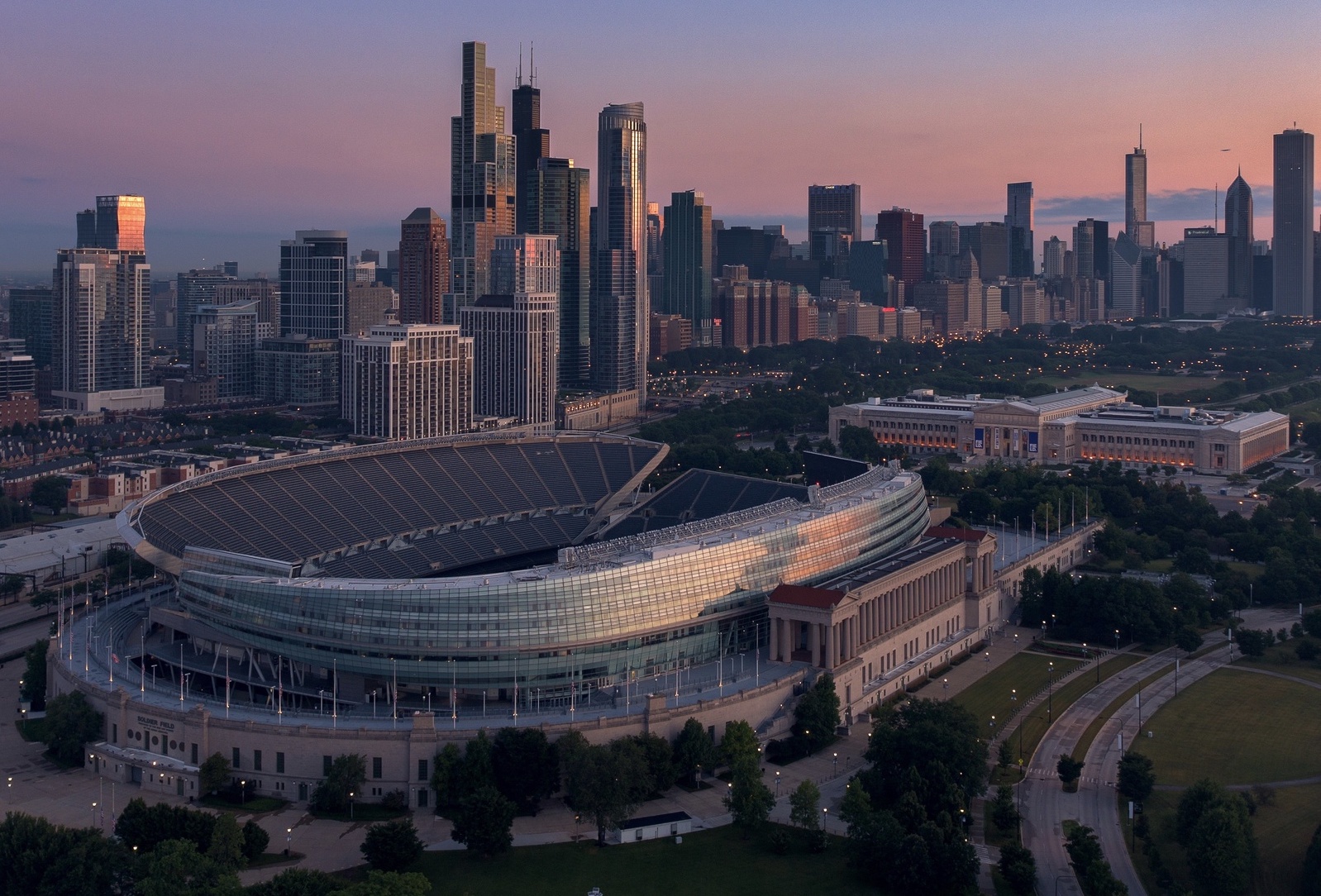 Should Chicago Bears Really Play In A Dome?

According to a report from Mike Florio of ProFootballTalk, a Chicago-based mayoral committee will recommend that the city consider the possibility of building a dome over the legendary Soldier Field as the future of the team’s home continues to hang in the balance. Talks continue to engage as the Chicago Bears push toward the process of potentially moving to a new stadium in Arlington Heights (a purchase agreement for land has been reached) and outside of downtown Chicago. While building a dome could make sense from various financial-based angles, something about the Bears playing football in a dome just feels downright incorrect.

One of the most beloved franchises across the entire league with a passionate and historic fan base, Chicago football is best displayed in the freezing cold winter temperatures the Windy City is renowned for. There’s something to be said about keeping tradition in place, especially in relation to a franchise that was originally founded in September 1919. The Bears aren’t a dome team, and Soldier Field should remain an open-air stadium for the foreseeable future.

We can argue against a dome while admitting the financial benefits of such a move could make sense. Building a dome over Soldier Field could eventually allow the city of Chicago to host a Super Bowl, as the NFL prefers to guarantee that weather doesn’t negatively impact their largest contest of the season and television’s most-watched annual event—something which is virtually impossible to do in Chicago in February. Other events, such as college basketball’s March Madness tournament, could also take Soldier Field into consideration as a future host site under such circumstances.

That doesn’t mean it should happen.

As with most standoffs involving billion-dollar decisions, team owners, and elected officials, there’s a political aspect at play. As legendary as it is, Soldier Field desperately requires a makeover (even outside of the dome-related possibility) due to the lack of current NFL-quality amenities for attending fans. NFL stadiums have become increasingly impressive (and expensive) as of late and Soldier Field has fallen behind the eight-ball as a result.

The eye-capturing stadiums recently built in Dallas, Los Angeles, and Las Vegas make Soldier Field pale in comparison. As a result, the Bears continue to threaten a possible move to the suburbs in hopes of convincing the city of Chicago to foot the majority of the bill for Soldier Field’s much-needed renovation. The possibility of a dome could represent a middle-ground solution as both sides continue to negotiate through the essentials, or it could be yet another power-play with political motivations at heart.

Bears fans certainly deserve upgraded amenities to make for an enhanced game-day experience, but they also deserve the conveniences the current location of Soldier Field provides. The L stops in close proximity to Soldier Field, as do Metra trains, in addition to various available and easily accessible bus routes. A stadium in Arlington Heights wouldn’t be nearly as convenient, with multiple forms of public transportation and lengthy travel time required.

The Bears don’t feel like a team meant for the suburbs. Although plenty of the league’s most monstrous stadiums are similarly located well outside of the downtown core in their respective cities (the Cowboys’ $1.3 billion AT&T Stadium in Arlington, Texas is an excellent example), keeping the Bears at Soldier Field, just south of The Loop, represents the appropriate conclusion to this never-ending power struggle.