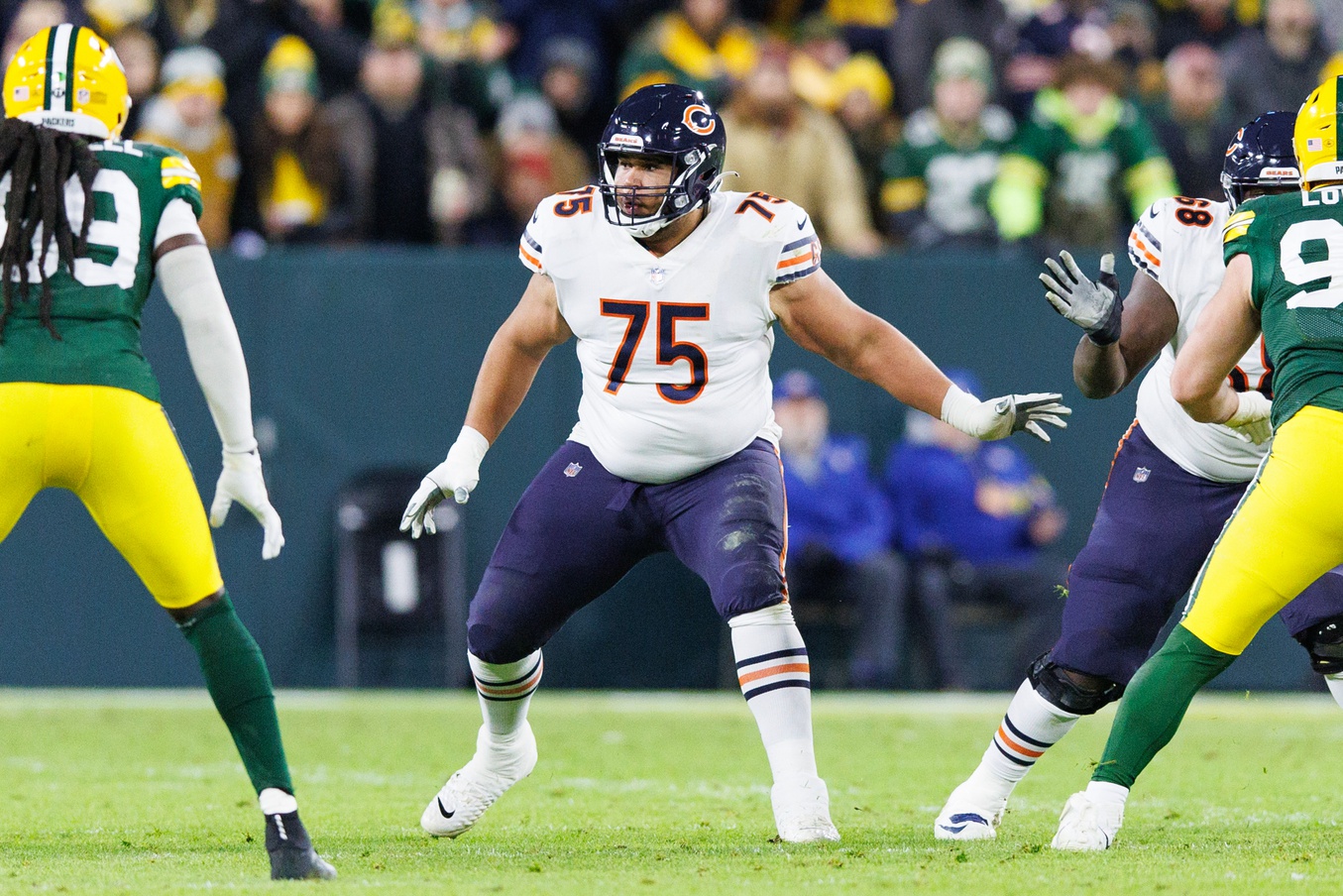 The Chicago Bears have a wide receiver problem. They have issues at guard, too. Safety requires some competition for the starting lineup and an edge rusher in a post-Khalil Mack reality would be nice. Yes, the list of team needs for the 2022 NFL Draft is a long one for the Bears, but after the first day of Chicago’s voluntary minicamp Tuesday, a breadcrumb may have been shared about another position that ranks high on their must-have list: left tackle.

The Bears opened their minicamp with Teven Jenkins lined up at right tackle. Larry Borom, who started several games at right tackle in 2021, was lined up at left tackle. This may seem somewhat insignificant right now – and Head Coach Matt Eberflus did his best to downplay it – but it does matter.

Of the two second-year offensive tackles, Jenkins is the player with the higher upside. He was a bigger draft investment (second-round pick in 2021 compared to Borom in the fifth round). His pre-draft scouting report also projected him as a right tackle in the NFL, so his shift to that side of the offensive line makes complete sense. It reeks of a long-term strategy.

“We’re looking at a lot of things,” Eberflus said of the offensive tackle alignment Tuesday. “So you might see guys at a lot of different spots. A guy could be playing X receiver or Z receiver or U tight end or Y tight end, left defensive end, right defensive end. … [We’re] just trying to figure out what guys do and what they do best. So you could see those guys flip during OTAs.”

Do the Bears believe in Borom as a left tackle? Or is he simply lining up there right now as the default option? It’s hard to say, but with the 2022 NFL Draft offering quality offensive tackle prospects in the top-50 picks, Chicago will have a very good opportunity to land, at the very least, competition for the starting job.

Most pre-draft speculation about the Bears’ offensive line priorities revolves around the interior positions. There’s a void in the starting lineup at guard, and if a quality center falls into the second round, free-agent signing Lucas Patrick is versatile enough to slide into that starting guard role. Players like Chattanooga’s Cole Strange have gained momentum as a potential target for Chicago at No. 39 or 48, which may be true. But if a left tackle with starter’s upside slides out of the first round, the Bears might pounce.

Drawing conclusions after one voluntary minicamp practice is a slippery slope. But at a time of year when clues about draft strategy are hard to come by, the Bears’ offensive tackle alignment is noteworthy.