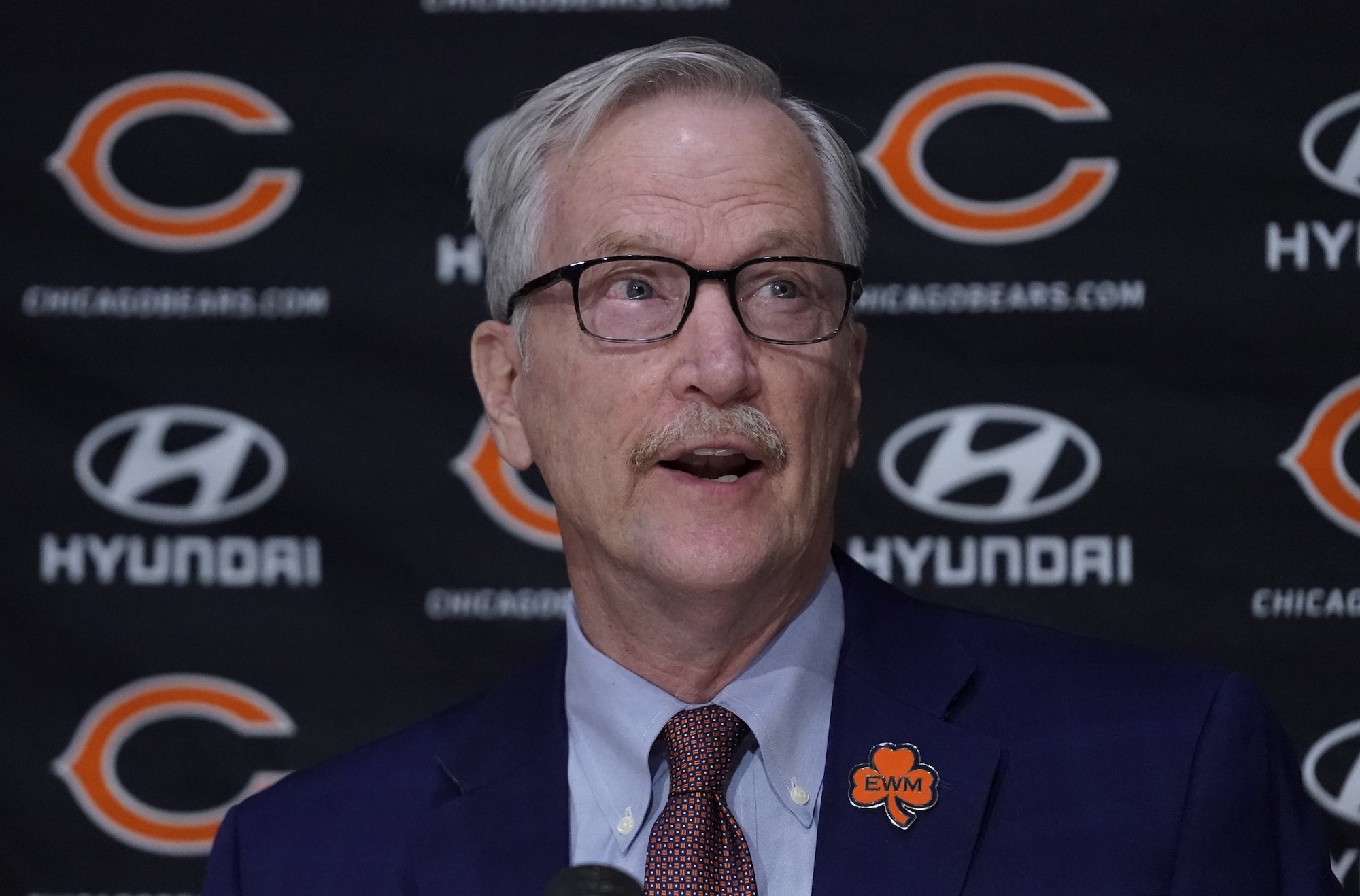 Sweeping changes are underway with the Chicago Bears. Both general manager Ryan Pace and head coach Matt Nagy have been fired following a disappointing four-year run under Nagy, whom Pace hired, that resulted in a 34-31 regular-season record. The Bears have gone 22-27 over the last three years with one playoff berth in 2020 that didn’t really feel like one. Chicago backed into the postseason as the seventh wild-card team from the NFC last year and was unceremoniously ousted by the New Orleans Saints in the first round. Nagy’s termination was expected. In fact, he’s been sort of fired since Thanksgiving when rumors circulated that he’d already been informed he was being let go. It was nothing more than misinformed speculation at the time, but everyone aside from probably Nagy knew he was a dead man walking. Pace, on the other hand, seemed to have a fighter’s chance of hanging around. He’d been in the general manager chair for seven seasons, and for all of his blunders in free agency and his massive back-breaking whiff on Mitch Trubisky in 2017, his resume does have its fair share of ‘hits’ and good decisions. Plus, the McCaskey family genuinely likes him—when your employer likes you, it usually results in a bit more job security. But Pace wasn’t spared on Black Monday. Shortly after Nagy was terminated, Pace joined him on the unemployment line. So, with Pace out, it’s time to take a quick look at a few candidates who may be in line to replace him. Remember: This is not an exhaustive list of every potential candidate. Former general managers like Tomas Dimitroff don’t appear below, but he’s certainly a contender. For now, let’s set the table with some names you’re going to hear about over the next couple of days.

Indianapolis Colts director of college scouting Considered a potential favorite for the job, Brown spent seven years with the Bears as the assistant director of pro personnel from 2001-2007. He’s since gone on to work for the Washington Football Team and, currently, the Colts, where he was an integral part of the staff that selected guard Quenton Nelson in the 2018 NFL Draft as well as the core nucleus of young players that have come from each draft class since.

New Orleans Saints vice president/assistant GM, college personnel Ireland has been with the Saints’ personnel department since 2017 following a six-year run as the Miami Dolphins’ general manager from 2008-2013. Ireland has ties to the Bears; his father, Jim Palmer, was a scout for Chicago when Ireland was a young boy. He’ll certainly be interested in the gig, and his track record of success in recent drafts for the Saints makes him a qualified candidate as well.

Bills assistant GM Schoen has been with the Bills since 2017 and was a factor in the team’s selection of quarterback Josh Allen. Before joining Buffalo, Schoen was part of the Dolphins’ scouting department in a variety of roles commencing in 2008. He’s a Bill Parcells guy, which still goes a long way in league circles.

Bears assistant director of player personnel If the Bears decide to promote from within, Kelly seems like the only logical choice. He nearly landed the New York Jets general manager job in 2019 and was Chicago’s director of pro scouting before his current role. Kelly has a good eye for talent and is in the pipeline to eventually become a GM. Why not stay in Chicago, then?

Titans director of player personnel Like Kelly, Ossenfort is on the shortlist of general manager candidates around the league. He was in the mix for the Cleveland Browns and Carolina Panthers jobs over the last two offseasons. Before joining the Titans, Ossenfort was the New England Patriots’ director of college scouting.

Patriots consultant Wolf was at one time the hottest general manager candidate in the league. He was passed on by the Green Bay Packers for Brian Gutekunst and made the fateful decision to align himself with the failed Browns regime of a few years ago. Now, after resetting with the Patriots, Wolf is an under-the-radar name to watch.