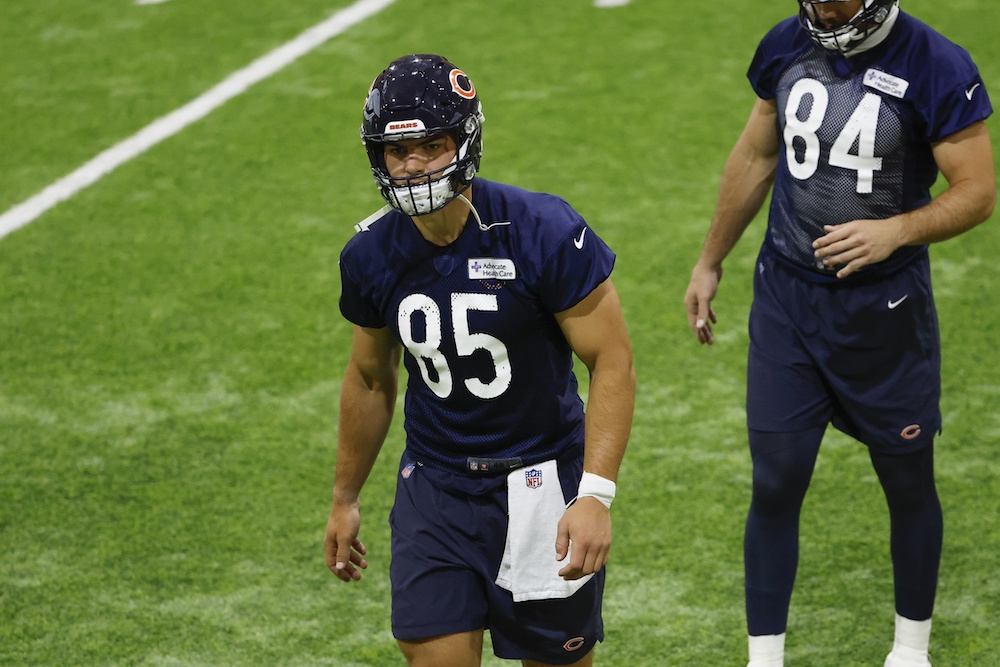 Why Bears’ Cole Kmet is Poised for Breakout Season

The Chicagoland native has steadily improved since being drafted in the second round of the 2020 NFL Draft by his hometown team and 2022 could be the year he puts it all together.

Allow me a digression to my theory on tight end development: it takes longer than you think. These are guys who sometimes have to be a part of a unit that thrives on continuity while also being an unpredictable threat in an entirely different aspect of the game. The skillset they are asked to master is perhaps the most diverse of any position in football and I think we should give them a little more grace when it comes to their immediate expectations at the NFL level.

It’s not just that they are asked to block physical defenders at the line while also needing to know the route tree and its respective releases. It’s also that the discrepancy between what they are asked to do in college and the pros is vast. The collegiate game essentially treats tight ends like big-bodied receivers these days. The days of the complete ‘Y’ tight end are all but over in the NCAA. You’ll get the odd tight end prospect or two who actually know how to block but more often than not, if they’re asked to block in college, they aren’t asked to also catch passes all that much.

Meanwhile, in the NFL, when you think about the best tight end to play the game, who do you think of? If it’s not Rob Gronkowski, you’re wrong. What made/makes him so great is his ability to both block and catch passes at an elite level. But unless you’re Gronk, putting that all together takes time.

And I think that time has come for Cole Kmet.

His rookie season, Kmet hovered around 30-40% of the team’s offensive snaps for the first part of the season. He then saw his usage skyrocket to 80, 90, even 100% in Week 14 against the Vikings, for the last seven games. It still gave him a grand total of only 243 receiving yards and two touchdowns. But what that also infers is that he was in most of the time as a blocker, honing that skillset – something he was known for coming out of Notre Dame – even further.

Then, in 2021, Kmet picked up where he left off as far as usage went and increased his reps as a pass catcher. While he didn’t get into the end zone last season, he did catch over double the amount of passes that he did the year before (60) for a total of 612 yards.

Now, he’ll be in Offensive Coordinator Luke Getsy’s system and judging from the way the system operated at Getsy’s last stop (for the green and gold team that shall not be named), Kmet should see more utilization in the receiving game a la 2020 Robert Tonyan.

The Packers’ tight end was hurt last year, playing in just eight games, but in 2020, he was responsible for 59 catches for 586 and a whopping 11 touchdowns as a reliable red-zone target for quarterback Aaron Rodgers. Getsy was not only the quarterbacks coach during that time, but also the passing game coordinator, meaning he very much had a hand in Tonyan’s utilization.

This is where Kmet comes into play. The 6-foot-6 player can reach above defenders in the condensed red area of the field and as a result, see a lot more production in the form of scoring. And besides, anything is better than the goose egg he had last season.

To me, quarterback Justin Fields is a lock to take a big step forward this season and because of that expectation, I don’t want to qualify him as a ‘breakout player’. Wide receiver Darnell Mooney has already been enjoying success as the team’s secondary wideout and his workload will obviously increase with Allen Robinson now gone. So, for the purposes of this exercise, where we’re looking for players that are flying a little under the radar, it’s gotta be Kmet. 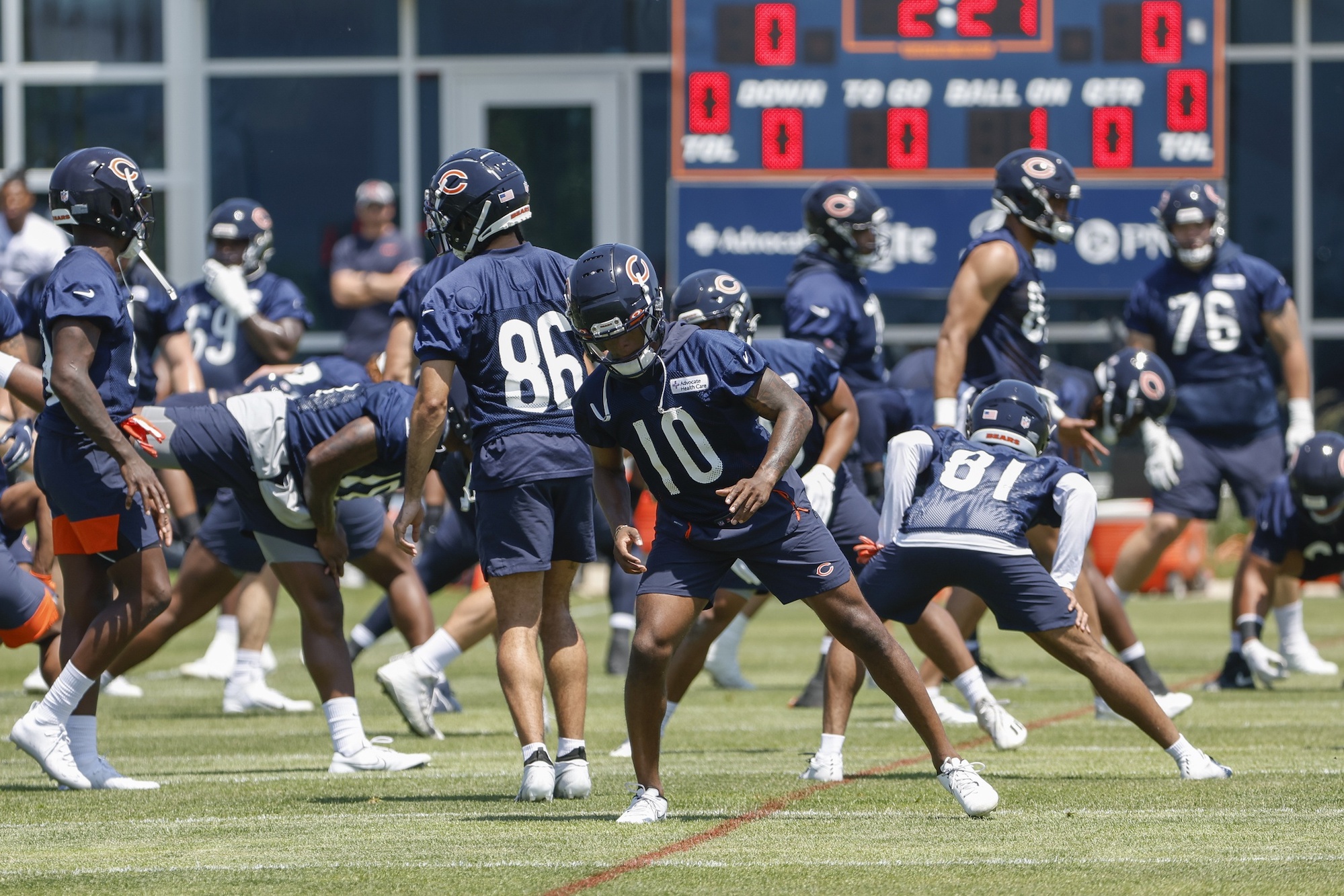