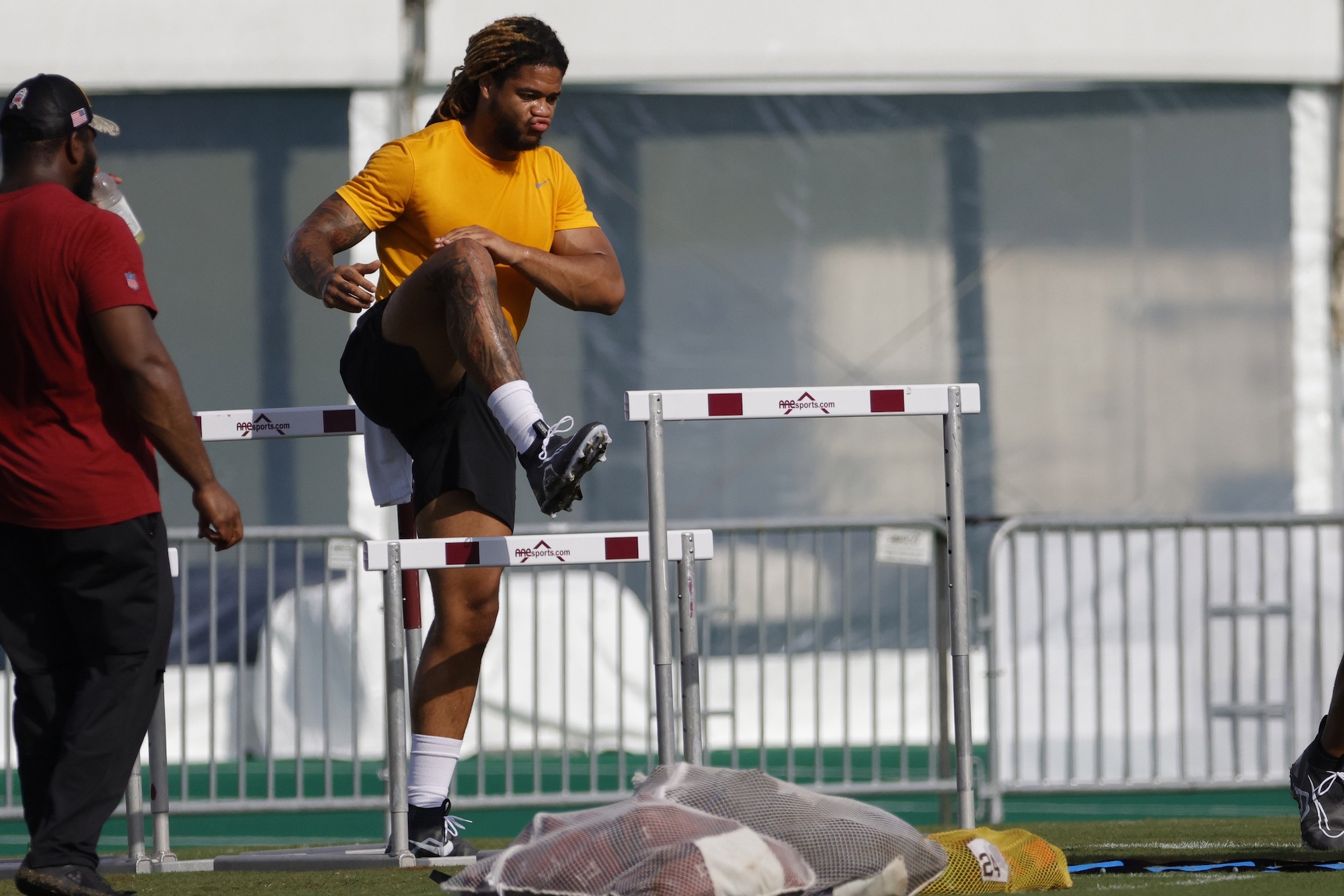 Should We Be Concerned About Chase Young Injury Timeline?

Washington Commanders Head Coach Ron Rivera recently claimed that EDGE defender Chase Young “could miss a little bit of time” once the regular season begins. Young recently opened training camp on the Physically Unable to Perform (PUP) List. The development doesn’t qualify as shocking given the original timeline. Young suffered a season-ending torn ACL in a Week 10 contest against the Tampa Bay Buccaneers last season. Prioritizing his long-term availability is the correct call, but an early-season absence for Young would likely deliver a massive blow to the Commanders’ defense.

Young’s recovery remains on schedule and any potential absence would be out of an abundance of caution. Should Young miss the opening three games of the season, that would rule him out against Jacksonville, Detroit, and Philadelphia. Those contests sound somewhat manageable for Washington, but it’s worth noting Young’s presence would be especially missed against dual-threat quarterbacks such as Trevor Lawrence and Jalen Hurts. That timeline would place Young on track to return for a crucial division contest against the Dallas Cowboys in Week 4. It’s straightforward enough to envision Washington circling that date on their calendar.

Young is entering a critical third season after failing to experience the breakout sophomore campaign many pegged him for. After recording a respectable 7.5 sacks as a rookie in 2020, Young managed just 1.5 sacks before suffering the aforementioned knee injury in November. Young was viewed as a premier pass rusher coming out of Ohio State in the 2020 NFL Draft. Managing his early-season workload could be critical to ensuring he finally takes the desired step forward.

The Commanders ranked 17th in the league last season with a disappointing 38 quarterback takedowns. It was too few sacks for a defensive line that boasts Young, Jonathan Allen, Montez Sweat, and Daron Payne. Commanders General Manager Martin Mayhew added additional toughness and depth by drafting Phidarian Mathis in the second round (No. 47 overall) of the 2022 NFL Draft. It’s a talented group that should theoretically be able to navigate through a potential stint on the sidelines for Young, but they must be more efficient than they were last season to effectively do so. The pressure falls squarely on the shoulders of Rivera and defensive coordinator Jack Del Rio.

Washington’s defense lacked a general punch off the edge. Opposing offenses adjusted their protections with attention shifted towards Young’s talent with double teams and chips from pass-catchers and ball-carriers. Injuries limited Sweat to 10 regular-season appearances and a career-low 5.0 sacks. Both pass rushers must show considerable improvement.

It’s of the utmost importance that all parties involved approach Young’s continued recovery with great caution. Avoiding a setback remains of the highest priorities for Young. The Commanders didn’t spend a premium selection on the talented defender only to eventually diminish his impact by prematurely returning him to the field. The Commanders have enough juice in the front seven to field an effective defense while Young heals. If the Commanders are going to qualify for the postseason in a new-look, unpredictable NFC East division, it’s with a healthy and available Young spearheading an improved pass rush. As the Commanders prepare to make a difficult decision regarding Young’s early-season availability, they would be wise to analyze the situation from a broader view.