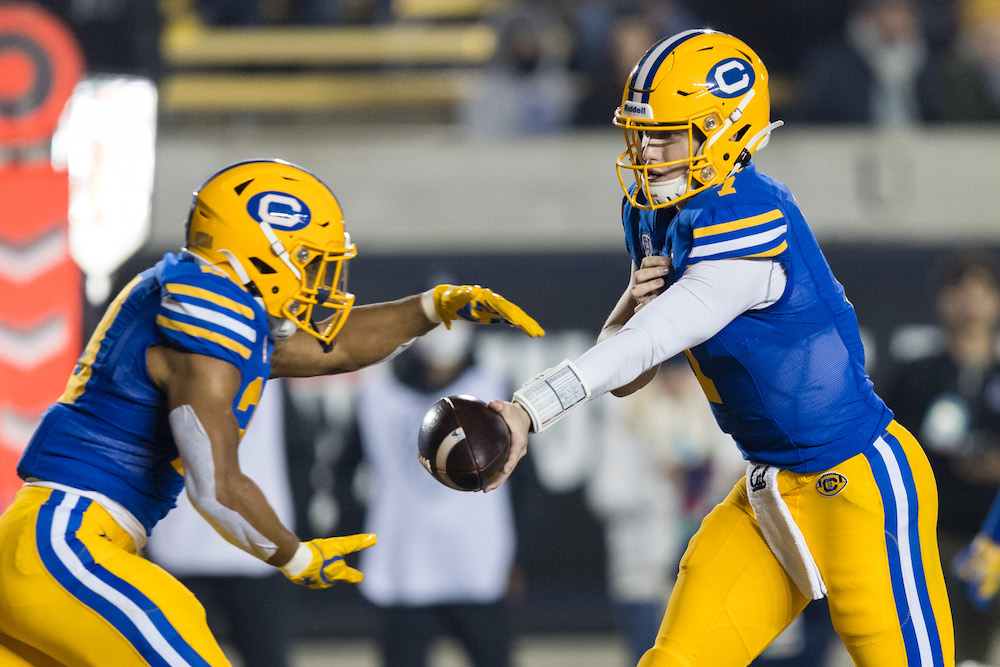 Where Could Chase Garbers Land In 2022 NFL Draft?

Former Cal quarterback Chase Garbers was among the most surprising 2022 NFL Scouting Combine snubs when the list was released last month.

Garbers didn’t always light up the stats sheet at the helm of the Golden Bears’ offense, completing 62.2% of his passes for 6,580 yards with 50 touchdowns and 24 interceptions over four seasons, putting together the best season of his career in several regards with a 64.1% completion percentage, 2,531 passing yards, 16 touchdowns, and eight interceptions. He started in 34 of 36 career games for Cal.

There is still a lot to like about his game, though, that you have to look beyond the numbers to appreciate. Garbers classifies as a dual-threat quarterback with a tough running style, unafraid of contact, and is an adequate athlete with a stout 6-foot-2, 225-pound frame.

He’s put his name in the Cal record books, breaking Joe Kapp’s record as the all-time leading rusher among Golden Bear quarterbacks. Garbers rushed for a combined 1,174 yards in college, a total that may have been even higher if not for a collarbone injury that caused him to miss some time in 2019 and the shortened COVID season of 2020 that lasted only four games. His 11 career rushing touchdowns were also a program record for the position.

Some analysts have knocked Garbers for sometimes having issues performing well under pressure, but that’s obviously not a consistent issue or plays like this one in which a roughing the passer call followed wouldn’t exist.

That’s not to say Garbers hasn’t made some questionable decisions when the defense is bringing the heat, though, like right here.

Garbers hasn’t shown he has a howitzer for an arm, but he has adequate arm strength to get the job done and certainly enough to suffice at the next level. And as a pure passer, he has a smooth release, throws with touch, can fit it into tight windows, and can make throws on the run, even if he’s not a player known for doing a lot off-script.

From an intangibles perspective, there are a lot of positives that have shone through since Garbers was at Corona Del Mar High School. He’s a quick learner who has displayed the capability to understand more difficult concepts well in advance of when most would expect a quarterback to, something that should help him moving forward—and he’s already shown throughout college that he can handle a lot of pre-snap responsibilities.

“I think without a doubt his mental capacity to play the position is his greatest attribute,” coach Daniel O’Shea told me last year. “His ability to process our varsity playbook just in eighth grade was impressive, and it certainly put him in a position as a sophomore to eventually win a job over a returning player on our roster.”

He doesn’t lack self-confidence either, declaring himself the best quarterback in the Pac-12 heading into the 2021 season.

“Yeah, I do think I’m the best quarterback in the Pac-12,” Garbers told me last offseason. “I think that will continue into this season. I’ve just got to go out there, and we’ve got to play some games.”

For now, Garbers projects as a possible day-three pick after a good performance in the NFLPA Bowl. He’ll be a no-risk, developmental player who has exciting traits to build off of that could at least make him into a reliable backup.