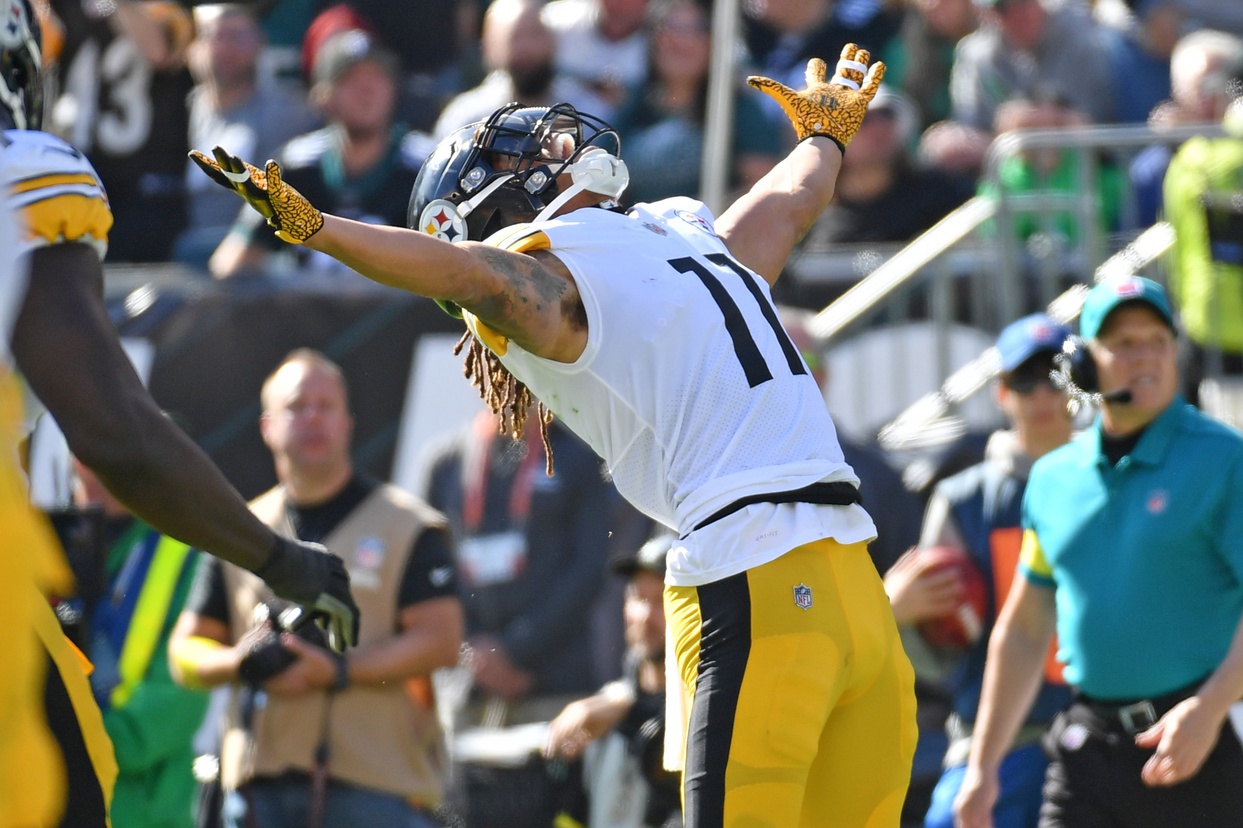 Did Bears Overpay For Chase Claypool?

The Chicago Bears have acquired Pittsburgh Steelers wide receiver Chase Claypool in exchange for a second-round selection in the 2023 NFL Draft, according to multiple reports. The Steelers had been rumored to move on from Claypool leading up to Tuesday’s trade deadline. They’ve now received a premium draft selection in exchange for his services. Meanwhile Bears general manager Ryan Poles has finally acquired some receiver help for surging quarterback Justin Fields.

The Bears entered the deadline date with the league’s 32nd-ranked passing offense. The Bears are averaging a league-low 126.9 passing yards per contest. Fields has been limited by what’s arguably the worst group of pass-catchers across the league. Fields overcame his less-than-desirable surroundings to enjoy the best game of his 2022 campaign in Sunday’s loss to the Dallas Cowboys.

Fields completed 17-of-23 passing attempts for 151 yards, two touchdowns, and zero interceptions. Fields completed a career-high 73.9% (with minimum qualifiers) of his passing attempts while matching his season-high total in TD passes. Fields added 60 rushing yards and a third touchdown with his legs. Fields is playing with more confidence, and he now has a shiny new weapon in Claypool at his disposal.

Poles didn’t enter Tuesday’s deadline as an aggressive buyer given the nature of his rebuilding Bears, but Claypool represented a unique opportunity altogether. Claypool is a 24-year-old boundary receiver who secured 10 touchdown receptions as a rookie. Claypool’s arrow continues to point up. Claypool could play a role in the Bears’ hopeful ascension. Pairing Claypool with Darnell Mooney gives the Bears the kind of respectable one-two punch at receiver they lacked just a day ago.

Claypool is under contract through the 2023 campaign at a cost-controlled $1.5 million. Claypool will enter the fourth and final year of his rookie contract next season. It made acquiring him especially appetizing. Claypool’s representation may look to negotiate a long-term extension with the Bears this offseason. Poles is projected to possess a league-high $116.4 million in cap space, via Spotrac, and can easily afford to sign Claypool beyond 2023.

It’s worth acknowledging the Bears acquired an additional second-round selection in a Monday trade that sent All-pro linebacker Roquan Smith to the Baltimore Ravens. The added capital made Poles comfortable enough to part with a second-round pick to pursue Claypool. The Steelers did well to acquire Chicago’s original second-round pick in this deal, which will be an earlier selection than the one Chicago received from Baltimore earlier this week.

Steelers general manager Omar Khan felt increasingly comfortable moving on from Claypool given the emergence of rookie receiver George Pickens. Pickens has been growing in influence. He played a season-high 65 snaps (86% of Pittsburgh’s offensive plays) in Sunday’s blowout loss to the Philadelphia Eagles. Claypool meanwhile accounted for 80% of Pittsburgh’s snaps, his lowest snap-share since Week 4.

Fellow Steelers receiver Dionate Johnson is also signed through the 2024 campaign via a two-year extension signed in August. The Steelers will comfortably move forward with the tandem of Johnson and Pickens. Khan has done well to recoup a second-round pick for Claypool, which matches the selection originally used on the former Notre Dame receiver.

Claypool has totaled 32 receptions for 311 yards and one touchdown this season. He’s been used closer to the line of scrimmage for Steelers offensive coordinator Matt Canada this year and is averaging career lows in yards per reception (9.7) and yards per game (38.9). Claypool will hope that a fresh start in Chicago can breathe life into his weekly outputs.

The Bears arguably overpaid for Claypool. The second-round selection they’ve sent to Pittsburgh will likely be in the 35-50 range. Poles could have drafted a younger, cheaper receiver with that selection. They’ll hope Claypool is capable of becoming the go-to boundary target Fields so desperately deserves.