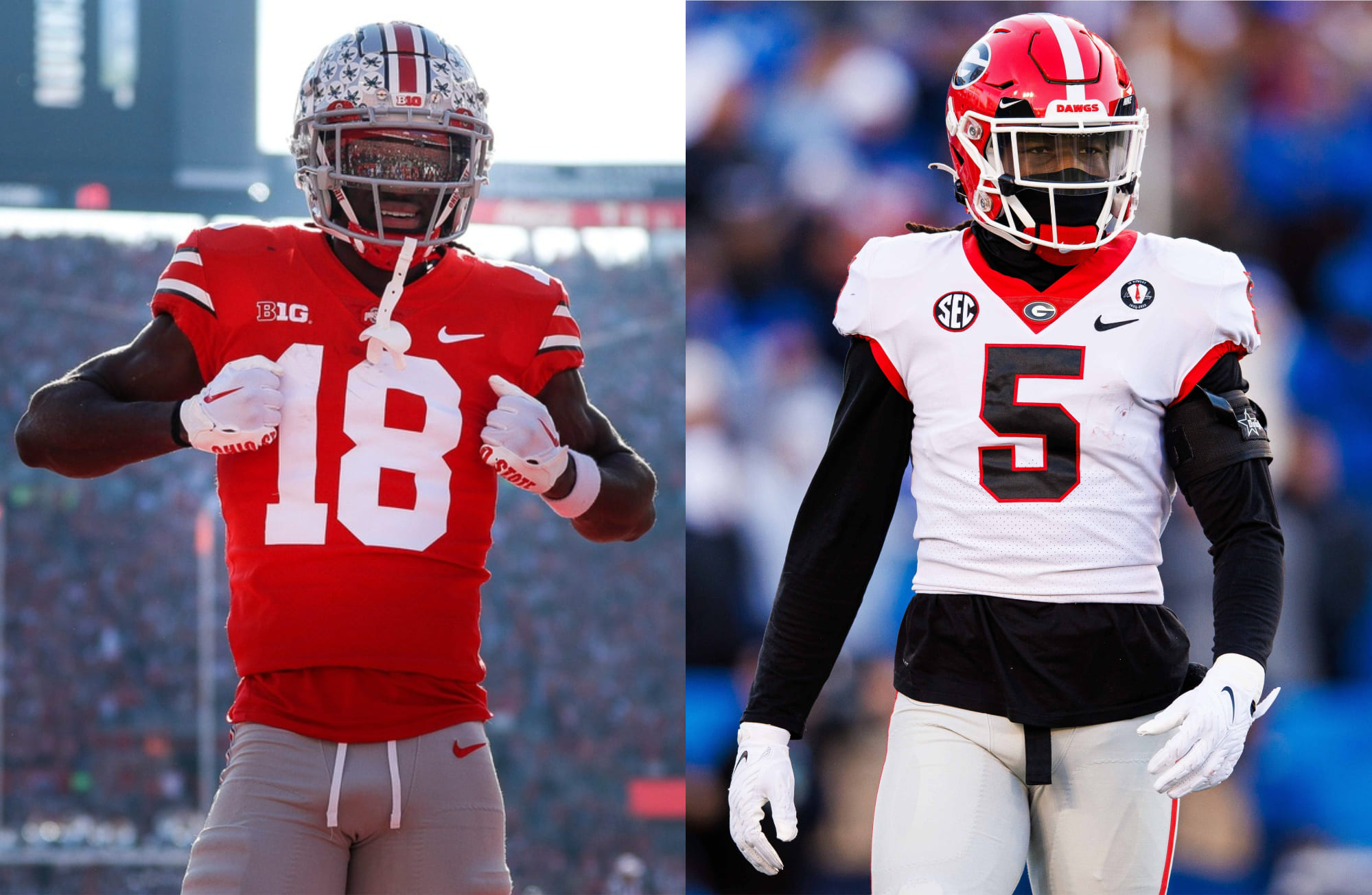 CFP 2023: 5 Matchups That Could Decide Outcome Of Semi-Finals

One of the greatest days on the annual sports calendar, the 2023 College Football Playoff has arrived. It’s a day of action littered with blue-blood prospects and seniors fighting for one last chance to strap up again—get your popcorn ready. With high-level quarterbacks, dynamic wideouts, stud edge rushers, and playmaking corners littered across both CFP games, here are a few matchups I’ll have my eye on this weekend.

One of the most physically impressive pass-catchers in the country, Johnston could solidify his status as the 2023 class’ top WR with a dominant performance. A blend of size and speed unlike anything in the college game, he can run any route and at any depth, take the top off a defense, and win the contested-catch battle above the rim.

For Turner and the true freshman in Johnson, get your sleep and eat your Wheaties because it’s going to be a full day’s work in countering the 6-foot-4 Johnston. Limiting the Horned Frogs’ top weapon could see the Wolverines run away with things. On the flip side, if the future day-one pick is able to get going early, it could be a LONG day on the outside for the Wolverines’ secondary.

Two potential day-two selections in April, an unstoppable force in Smith meets an immovable object in Avila. There will be a ton of noise surrounding the skill positions during the CFP, but winning the line of scrimmage still holds the key to success no matter what year we’re in.

Leading the way for RB Kendre Miller will be paramount for Avila and creating chaos around the feet of QB Max Duggan will remain of utmost importance for Smith in limiting the Heisman semifinalist through the air. Avila hasn’t allowed a sack all year and Smith has six pressures combined in the last two weeks.

Don’t overlook Hodges-Tomlinson because he’s 5-foot-9—he’ll take your lunch and let you know about it on the perimeter. While Michigan will look to get RB Donovan Edwards (2024 eligible) going early, I expect Harbaugh to test the TCU secondary with the big bodies of Johnson and Bell, who both eclipse the 6-foot threshold. J.J. McCarthy isn’t a world-beater by any means under center, and Hodges-Tomlinson’s 37.1% reception percentage allowed this year will be tough to crack.

Wypler has allowed just six pressures in 402 snaps in pass pro, but Carter is an entirely different beast— he may be the top overall player from the 2023 class when we look back five years from now. Wypler will have more than his hands full in stymying a guy that could start in the NFL tomorrow. A blend of size, strength, and speed, it’s going to take the entire Buckeyes front five to keep Carter away from C.J. Stroud and their CFP journey alive—and that still may not be enough.

The top wideout in the country, Harrison Jr. has lived up to expectations and then some this fall. The Buckeyes have pumped out elite pass-catching talent in the last handful of years and Harrison may be the best. While we’ll have to wait until spring of 2024 to hear his name called, he’s got everything you look for in a modern-day ‘X’ on the outside. He will make Ringo, one of the top corners in the 2023 class, work his tail off to keep him out of the endzone.

I expect Georgia to bracket and double Harrison throughout the CFP game, but it’s going to be a lot of mano e mano for Ringo who could see his stock rise even further with a standout performance against both Harrison, and a loaded Ohio State receivers room.