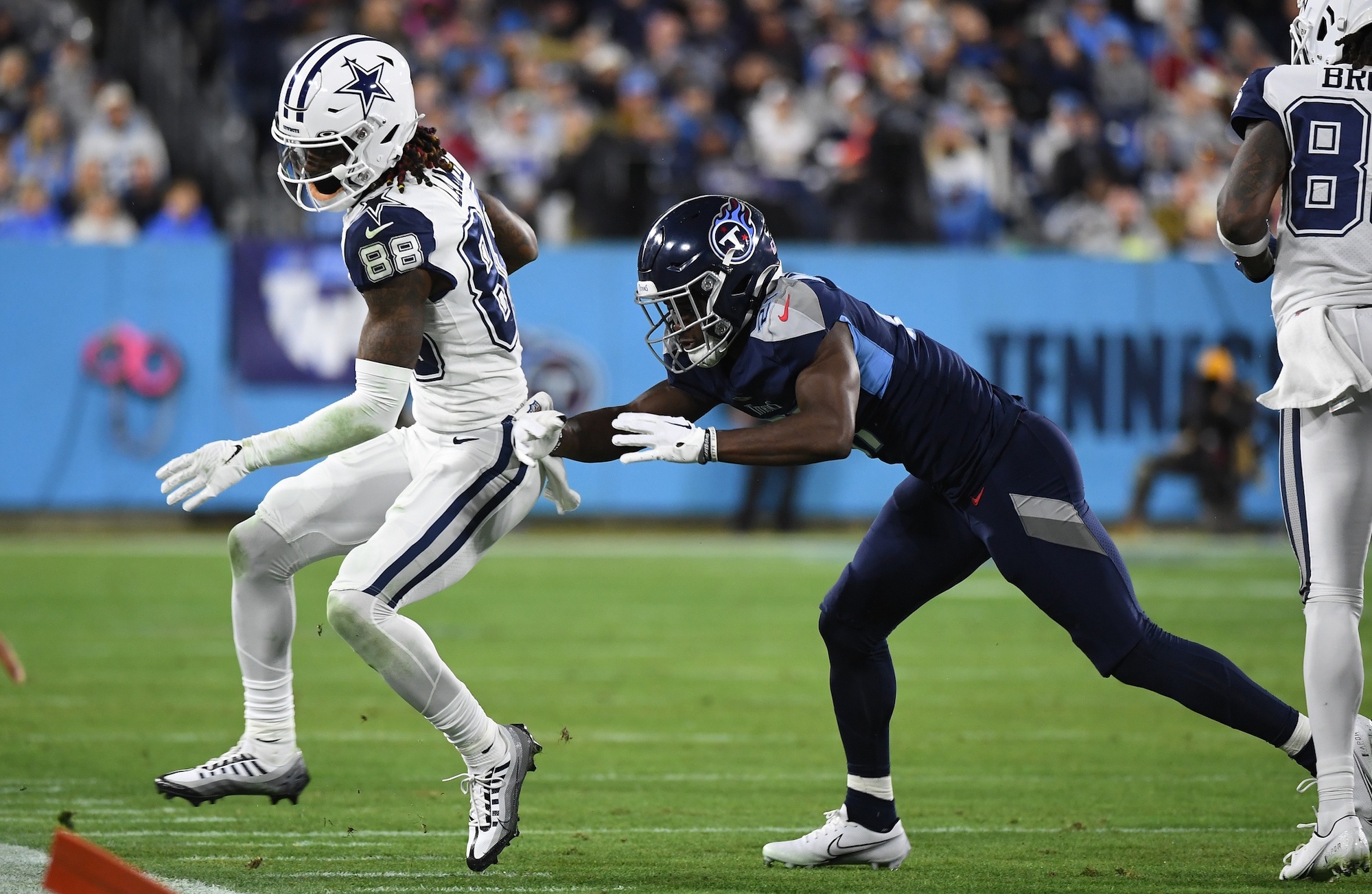 Dallas Cowboys wide receiver CeeDee Lamb was outstanding in Thursday’s multi-touchdown victory over the Tennessee Titans. Lamb secured 11-of-14 targets for 100 receiving yards. It marked Lamb’s second consecutive contest with double-digit receptions and his third straight showing with 100-plus receiving yards. Lamb is emerging as a dominant go-to receiver right before our eyes.

Lamb has now recorded career-highs in receiving yards (1,307), receptions (102), and touchdowns (8) this season. He’s peaking at the opportune moment with the Cowboys swiftly heading toward the postseason. Lamb has totaled 28 receptions for 346 receiving yards and two touchdowns in Dallas’ last three outings.

Lamb entered the season with question marks surrounding his ceiling after the Cowboys traded his running mate Amari Cooper in the offseason. Lamb had previously benefited from Cooper’s presence, earning advantageous matchups while Cooper served as Dallas’ No. 1 receiver. Those advantages disappeared alongside Cooper, and Lamb began the season in a rather uninspiring fashion. The former Oklahoma standout failed to record 100-plus receiving yards in a single showing until a mid-November loss to the Green Bay Packers. Lamb has crossed the century mark four additional times since, proving his critics wrong.

Secondary pass-catching options have been an issue behind Lamb. The Cowboys recently signed T.Y. Hilton to a one-year contract. Hilton recorded four receptions for 50 yards against the Titans on Thursday. Cowboys owner Jerry Jones hasn’t shut the door on signing free-agent receiver Odell Beckham Jr. There was even an outrageous report linking the Cowboys to 49-year-old Hall of Fame receiver Terrell Owens earlier this week. Lamb’s emergence means the Cowboys don’t have to desperately pursue Beckham.

The Cowboys could draft a receiver in the offseason to complement Lamb. Draft Network recently sent Oklahoma’s Marvin Mims to the Cowboys in the second round of our latest NFL mock draft. Lamb would embrace a fellow Sooners alumni with open arms.

The sure-handed Lamb has been credited with four drops this season. Lamb is averaging a chain-moving 13.3 yards per reception. Cowboys quarterback Dak Prescott routinely identifies Lamb when the Cowboys’ passing attack requires a jolt in the arm.

Lamb is creating issues for opposing defenses after the catch. He’s averaging an elusive 4.7 yards after the catch per reception, according to Pro Football Focus. Dallas’ signal-callers have enjoyed a combined quarterback rating of 107.6 when targeting Lamb.

Cowboys offensive coordinator Kellen Moore is utilizing Lamb in a variety of formations. Lamb has played 446 snaps in the slot versus 433 snaps on the boundary, per PFF. It’s a statistic that perfectly captures Lamb’s versatility. The Cowboys are moving Lamb around in search of mismatch opportunities.

Lamb has been surprisingly efficient on deep-passing opportunities given their low-percentage nature. Lamb has hauled in 52.2% of his 20-plus-yard targets (12-of-23). Four of Lamb’s eight receiving touchdowns have been of the deep variety. Lamb is creating explosive passing gains with regularity. He has been particularly effective underneath the coverage with 429 receiving yards and three touchdowns arriving via 0-9 yard gains. Lamb is effectively working all three levels of the field.

The 12-4 Cowboys are scoring 28.8 points per contest. They’re the third-ranked scoring offense in the league. Lamb is playing a massive role in their offensive success and has officially earned No. 1 receiver status.