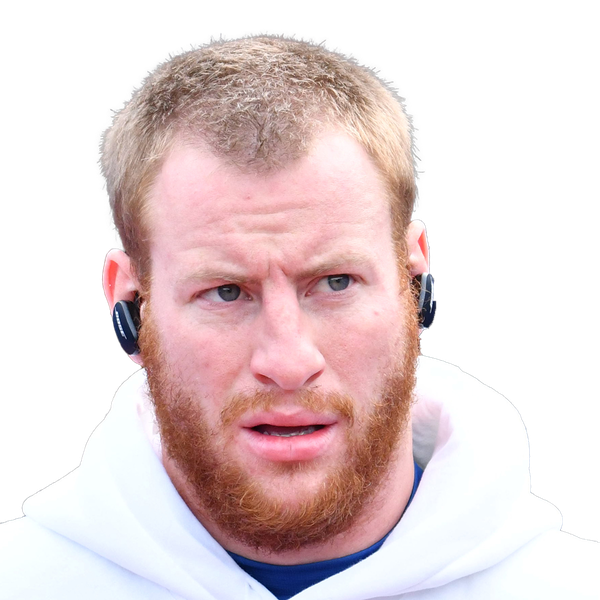 How Does Carson Wentz Fit In Washington?

Hear that faint screeching noise in the distance? Slowly but surely, and for at least today, the ear-piercing continuous spin that has been the carousel at quarterback for the burgundy and gold has come to a halt in the form of Carson Wentz.

A franchise in desperate need of stability under center, after swinging and falling on their face last spring in an attempt to acquire Matthew Stafford, only to stand up, get back in the box, and proceed to land face-first again in a trade for Russell Wilson, Wentz is QB1, whether you like it or not.

A 29-year old signal-caller who has failed to replicate anything close to his near-MVP season in 2017, Wentz enters D.C. with much to prove within an organization known for captaining QBs’ careers into the basement. After multiple seasons of success in Philadelphia, last fall in Indianapolis was, well, not good. Don’t let the 27:7 touchdown to interception ratio fool you; Wentz, at times, looked unplayable. But, I digress, and for burgundy and gold faithful, there are positives to look at considering his fortuitous past and how his skill set could fit with the talent currently under contract in Washington.

As an Eagle, Wentz enjoyed the luxury of playing behind a top 10 offensive line, but without an elite run game and tier-one pass-catchers on the outside. While you could make the case that 2017 Alshon Jeffery was a ‘WR1,’ there hasn’t been a wideout close to the vicinity of the target Terry McLaurin will present him on the outside.

One of the league’s most dominant young pass-catchers, if McLaurin can post three consecutive 900 plus-yard campaigns to start his career working with the likes of Case Keenum, Dwayne Haskins, and Taylor Heinicke, it’s no disrespect to the aforementioned quarterbacks, but Wentz would surely represent the most talented signal-caller he’s worked with in his career—success, in waves, should follow. Add in a healthy*** Curtis Samuel, 2021 third-rounder Dyami Brown, flex talent Logan Thomas, running back Antonio Gibson, all behind one of the top lines in football, and there are flashes of optimism. After all, Wentz did have eight games totaling a 100+ passer rating last fall, tied for eighth-most in the NFL.

While two third-rounders (potential to become a second with a 70% snap threshold met) looks rough on the surface—especially when you add Washington took on the rest of his massive $128M contract—desperate times call for desperate measures, and general manager Martin Mayhew made his intentions clear.

The shuffling of bodies under center since Mark Rypien led the charge in the late 1990s has been a running joke and mockery to the rest of the NFL. A failure to address the sport’s most important position has restricted Washington’s progress to anything above substandard since the turn of the century. While Ron Rivera’s seven-win NFC East title-winning season in 2020 is fun to joke about, entering year three under Dan Snyder with consecutive sub-.500 campaigns under your belt… the laughs fall silent quickly.

For Wentz, and looking toward the 2022 season, who knows if he’s the answer. If history is any indication, it’ll be a bunch of Taylor Heinicke, Kyle Allen, or *insert QB name here* leading the Commanders come Thanksgiving. But for today, and hours after a move centered around a window for success with youth-infused talent on both sides of the ball, a 100 mph throw at a dartboard in hopes of a bullseye could, soon, kick the carousel into fifth-gear once again.