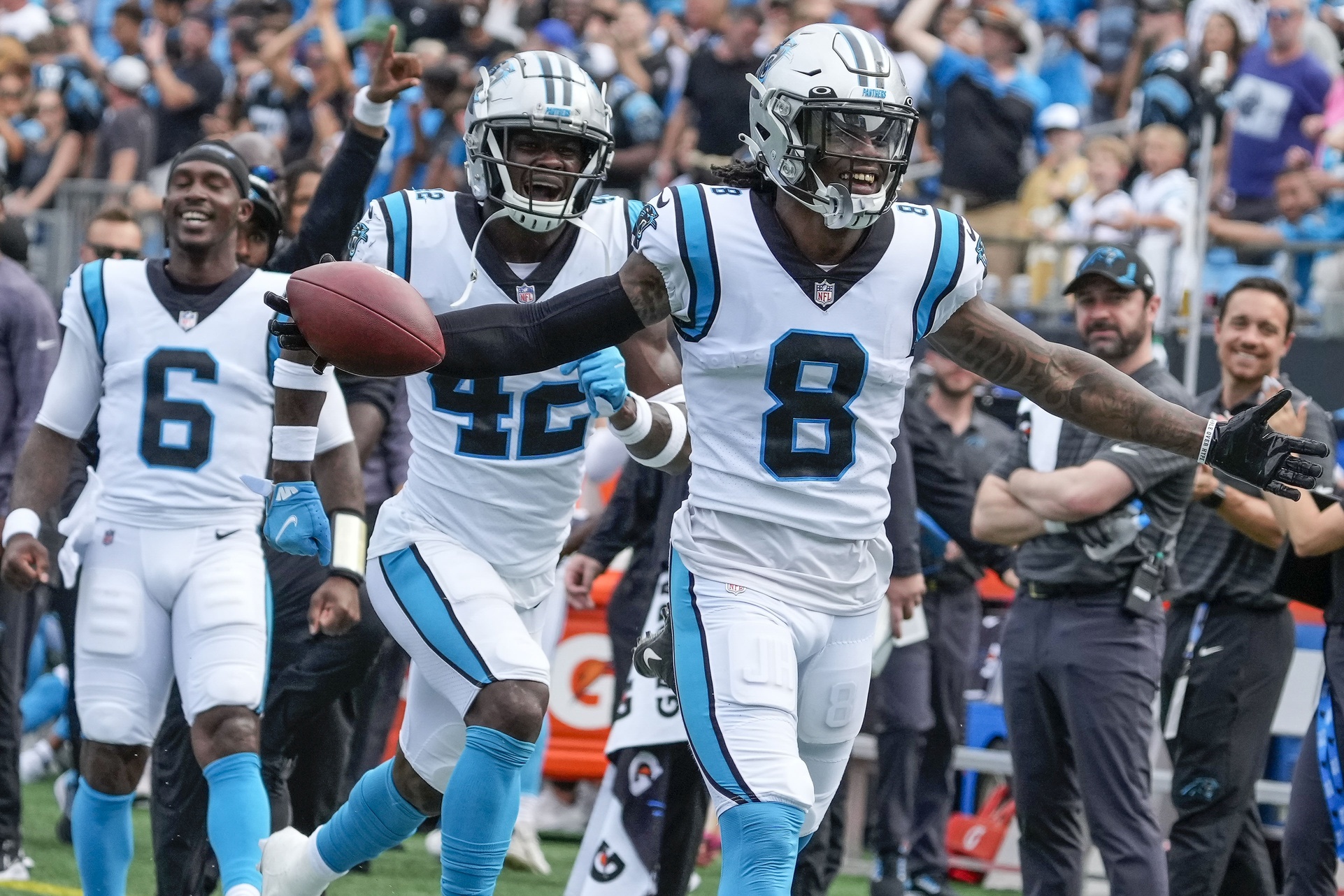 What Will Make 2022 Season A Success For Panthers?

Entering year three of the Matt Rhule experiment, who knows what to expect from the Carolina Panthers in 2022. A roster with budding talent on both sides of the ball, while Rhule’s leash calling the shots is shortening as we speak, at some point—you’d hope—the cream would rise to the top for an intriguing roster in the top-heavy NFC South.

Like it does when projecting each team’s success, it starts and stops at the quarterback position. A positional group as wild and wacky as any in the NFL, the addition of Baker Mayfield will see him ‘compete’ with Sam Darnold for the starting gig come Week 1. Where questions arise—among many—is the immediate future for first-year quarterback Matt Corral, who the team traded up to draft in April.

Initially looked upon as the immediate successor to Darnold, who would inevitably play himself into holding a clipboard, Mayfield’s arrival has left the former Ole Miss standout on the outside looking in with training camp approaching. The only way to improve is with live reps both in practice and under live fire on Sundays. While Corral was never expected to start from the opening whistle this fall, limited work in the classroom and during game prep as now the QB3 leaves a muddied path to the pocket for the foreseeable future.

Outside of the quarterback spot, however, things begin to drastically improve for Carolina. While the front five has a ways to go even with Ikem Ekwonu now in the fold, the group of skill position players Mayfield will have at his disposal is full of high-level impact players. While it remains to be seen if Christian McCaffrey can stay on the football field, if he’s able to recapture his success from years ago and remain healthy for a full 17 games, his dynamic skill set remains one of the most impressive of any running back in football and will present defenses with a headache to counter every single week. On the outside, D.J. Moore remains one of the most underrated pass-catchers in the game.

We talk about it with Terry McLaurin, but get D.J. Moore some help under center, too.

1,100+ yards in each of the last three seasons working in tandem with Kyle Allen, Bridgewater, Darnold, and Newton (among others). pic.twitter.com/3hMdeANJLw

An inside-out versatile threat that has dominated opponents despite working with nothing more than journeyman talents his entire career, although Mayfield by no means ranks among the league’s elite pocket-dwellers, he’s an improvement. For Moore, that could be all he needs to jolt his production even further in year four.

Alongside Moore sits Robbie Anderson, an experienced vet who despite having a down year in 2021 could be in line for another high-impact year especially if defensive eyes remained focused on the duo of McCaffrey and Moore. Where the story remains however is in the slot, where second-year talent Terrace Marshall Jr. will challenge newcomer Rashard Higgins for starters reps.

An early-day-two pick last spring, I’ll be the first to say Marshall was one of the rookies I was most excited to watch last fall. A 6-foot-3 blazer on the edge, Marshall took over WR1 reps for Ed Orgeron’s Ja’Marr Chase-less offense for seven games at LSU in 2020—and boy did he impress. Marshall totaled 48 receptions for 731 yards with six touchdowns, highlighted by a dominating performance against the Missouri Tigers in which he torched the secondary to the tune of 235 yards and three touchdowns.

He isn’t just a vertical threat, however, as he worked seamlessly in the intermediate portions of the Tigers’ offense behind Justin Jefferson and Chase during his tenure in Baton Rouge. Looked upon as a backend first-round talent during his draft cycle, Marshall’s skill set, although without a WR1 designation throughout his time in college, presented one of the easier evaluations of the entire class. Among second-tier wideouts, he presented ideal size, ball skills, experience, and fluidity as a route-runner. Pairing his frame, eye-popping tape, and elite raw measurables, it wasn’t hard to see why he enjoyed immediate success in his first slate of preseason games last fall. Although the regular season wasn’t as kind, as Marshall appeared in 13 games but totaled just 30 targets that accumulated 138 yards on 17 catches, the slot spot—for me—looks like his to lose with a full year of NFL experience under his belt and foundational explosiveness the Panthers have yet to tap into.

On defense, despite finishing in the back end of the league in points allowed for the fourth consecutive season, they allowed a stingy total of 5,201 total yards (second only to Buffalo) and should only continue to improve under Phil Snow. The loss of Haason Reddick will hurt working opposite of sack artist Brian Burns, but where I’m most excited for this group is in the secondary where a fully healthy Jaycee Horn should quickly assert himself as one of the premier corners in all of football.

After appearing in just three games in his rookie campaign, his presence working both inside and out should allow Snow to be creative on the back end with Jeremy Chinn also roaming the roof of the defense. Despite teasing with free agency, Donte Jackson is back to start opposite of C.J. Henderson—although the former top-10 pick has failed to live up to expectations early in his career.

If the Mayfield-led offense is able to keep Carolina in games, and the onus off of Snow’s group to limit teams on the scoreboard, the Panthers should be able to work their way out of the divisional basement and challenge for .500 football. Nothing less should be accepted with the talent on either side of the ball for Carolina.