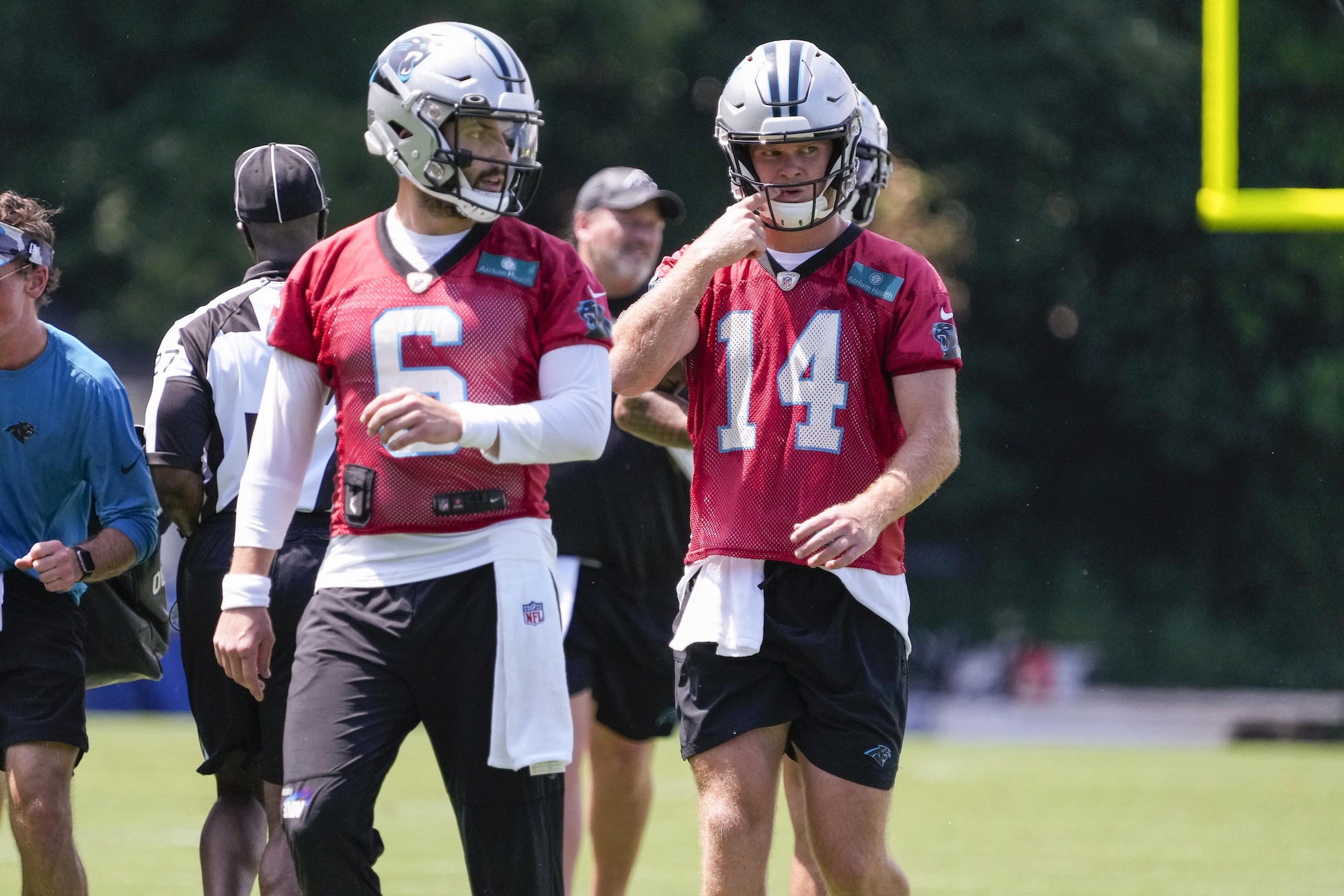 Another day of Carolina Panthers training camp is in the books. The start was a little slower than on Wednesday. It eventually picked up and the quarterbacks took center stage.

I came into practice questioning how the first and second-team snaps would be distributed. Eventually, those questions were answered once the action picked up with 7-on-7 and 11-on-11 periods.

Baker Mayfield led the quarterbacks on Wednesday, while Sam Darnold struggled to find a rhythm. This was not the case during Friday morning’s practice. Not only did Darnold receive the majority of first-team reps, but he was also able to stack good, quality reps. His day began with combo work with two receivers versus two defensive backs. He began to pick up steam from there on.

Darnold processed coverages and made decisions quicker than the day prior. He had throws exhibiting good velocity and ball placement. He operated the offense well, especially during the red zone drills. He was not perfect—he missed a few open windows—but he exuded far more confidence than we are accustomed to.

Mayfield took more reps with the second team, but his command and confidence never wavered. He was cool, calm, and collected. He did not seem rattled by playing with the second team at all. He had some off-target passes also, but his ability to push the ball downfield is exciting to see with the weapons at his disposal.

My belief remains that Mayfield is ahead at this time. Saturday morning will be my last practice and I cannot wait to see how the quarterbacks fare!