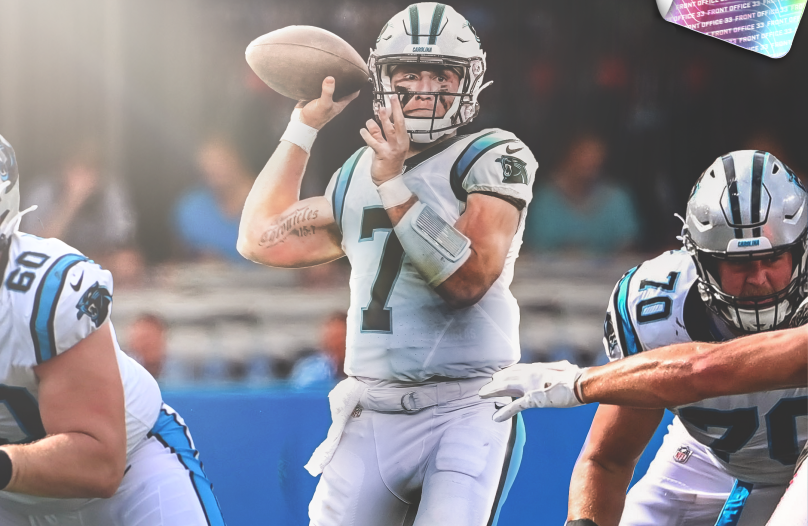 2022, in a lot of ways, has been a lot like 2021 for the now 2-7 Carolina Panthers. While last season saw them sit at 4-5 through nine weeks, hope for the future remains minimal for the head coach-less Panthers. But like every year since 2017—when they last made the postseason—the NFL draft has provided a sense of optimism and will do so again as we sit in early November.

For a roster with loads of talent on both sides of the ball despite the departure of Christian McCaffrey, fresh new legs under center could be the answer for a rewarding future in a truly ‘up-in-the-air’ NFC South. With the regular season of college football quickly coming to a close, and the pre-draft process primed in the wings to get going, here’s a look into the headlining names of the quarterback class and how each skill set would fit within Carolina’s offensive attack.

The Crimson Tide has been battered and bruised this fall. And for Young, the 2021 Heisman trophy winner, he’s had to consistently pull rabbits out of his hat to keep Nick Saban’s group competitive.

While his height (5-foot-11) will continue to raise concerns about his performance ceiling on Sundays, Young is a flat-out gamer who is one of the most intelligent, accurate, and competitive prospects in the entire class. He’s a legit gamechanger, and while every scout is looking for the next Patrick Mahomes and Josh Allen, Young’s knack for making something out of nothing and the toughness to consistently make plays within the chaos of the pocket and outside of structure would see him succeed from the moment he suits up in Panthers threads. While his days with Jameson Williams and John Metchie III last fall made it easy at times to sit back and play catch, the inability of Alabama’s wideouts to create separation this year provided a clear window into who Young will be when things aren’t perfect around him.

Long story short, with an improved front five headlined by blindside protectant Ikem Ekwonu, and talents like D.J. Moore, Terrace Marshall Jr., and exciting young back Chuba Hubbard around him, Young could very easily be the long-term answer for general manager Scott Fitterer.

Stroud may be the most gifted passer in the entire country. A big, strong kid, he looks all the part of a top-five pick and the future face of the franchise. However, only some things have been perfect for the Buckeyes’ gunslinger.

Mechanically, he gets lazy at times, and while Young had his fair share of talent to work with in Tuscaloosa, it’s been no comparison to the pass-catchers Stroud has had at his disposal the last few years—which makes his job just that much easier each week. With 2022 first-rounders Chris Olave and Garrett Wilson, a potential day-one selection this spring in Jaxon Smith-Njigba, five-star prospects Emeka Egbuka and Julian Fleming, and a talent you’ve probably heard of in Marvin Harrison Jr., some may argue Stroud has it easy. And while it’s not Stroud’s fault that he’s had such a deep arsenal of athletes to work with, microscoping his game into a place like Carolina where the atmosphere isn’t comparable to the collegiate atmosphere in Columbus, I would pass on Stroud if I’m Fitterer.

There won’t be any comparisons to the likes of Josh Allen—whom Levis has been linked to too often from strictly a ‘tools’ perspective—made here. Levis remains one of the biggest question marks in the entire class. The ceiling, well, is limitless. The floor… turn on any of his games in the last month.

It’s a lot of give and take with Levis, but the biggest thing to remember is the success he’s had behind a battered front five and with an extremely young wide receiver corps. It’s not easy to win in the SEC, and expectations reached astronomical levels following the Wildcats’ win in The Swamp over Florida in Week 2, but it’s going to take time for Levis before he evolves into the dynamic true dual threat talent he could be.

Moving forward, I would like to see him involve his legs more as a physical athlete behind a strong lower half. He isn’t a burner by any means, but expanding his skill set will only make things easier at the next level when things begin to go wrong around him.

I really like Richardson, and for a league that bets on traits when it comes to the quarterback position, he would align nicely with the athletes currently under contract for the Panthers. He can do it all through the air and on the ground.

Who knows where Carolina ultimately ends up on draft night, but Richardson could be one of the top players from this class when we look back five years from now. He leads by example, is dedicated to his craft, and wherever he lands, will provide an energy and unique dynamic to the offensive playbook. His game fits the modern offensive trends of the NFL. While there are concerns about his accuracy and processing ability, improvement comes with snaps. I believe he will put in the time to become a high-level talent on Sundays.