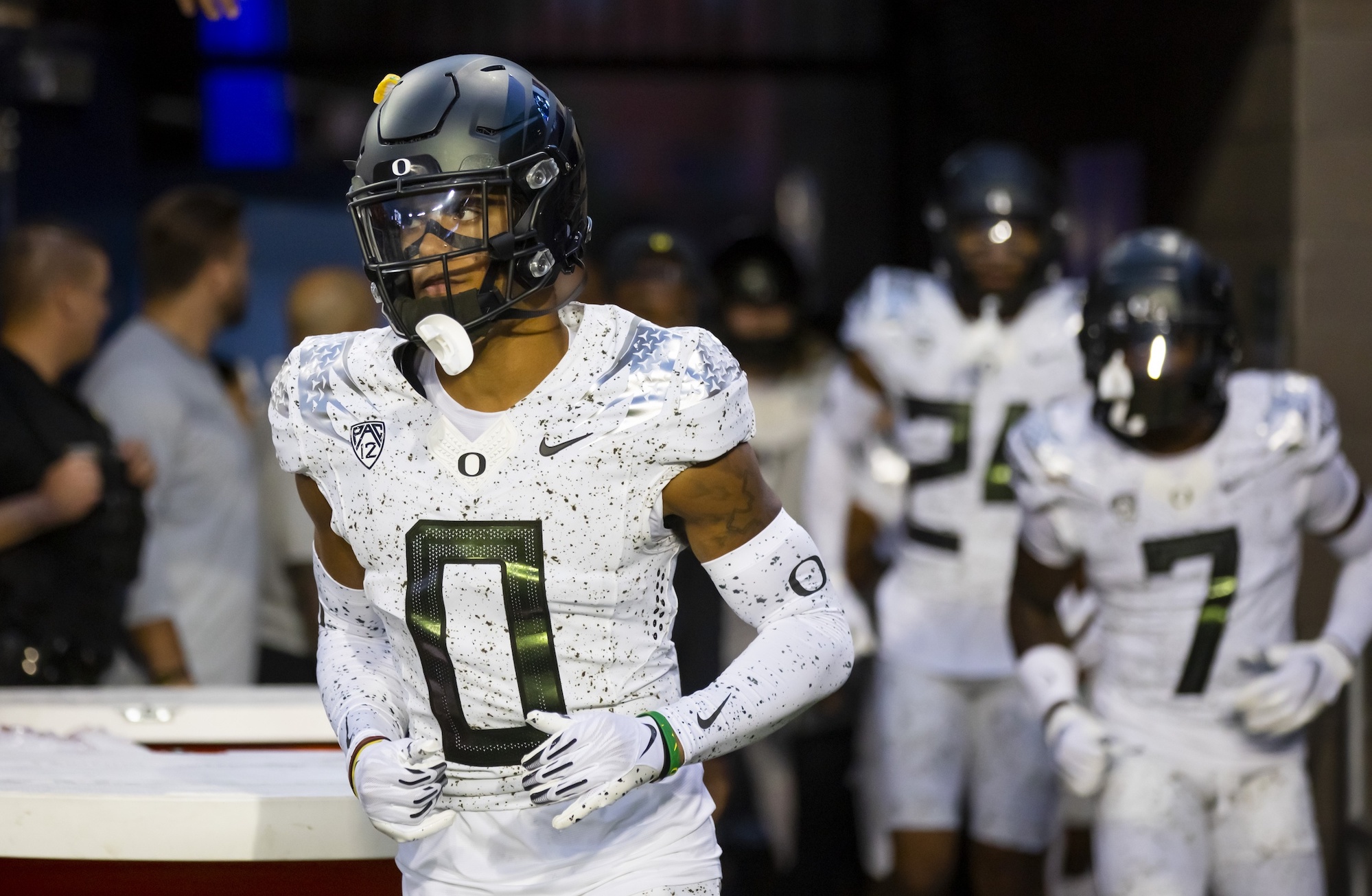 There’s no beating around the bush on this one: the Arizona Cardinals had a rough season. On top of their abysmal 4-13 record that was bad enough to get head coach Kliff Kingsbury fired, quarterback Kyler Murray tore his ACL in a non-contact injury late in the season. General manager Steve Keim also stepped down after the season, citing health issues. If that weren’t enough, the current roster has 32 players set to become free agents this offseason (one of whom, J.J. Watt, is retiring).

The good news for Arizona is that this provides a perfect opportunity to hit something of a reset at two of the most important positions in the building: general manager and head coach. The Cardinals have already hired their new GM, former Titans executive Monti Ossenfort, and it will be his job to build this roster back up to get the team back to playoff contender status. One of his biggest early challenges is navigating the 2023 NFL Draft, which might look something like this when it’s all said and done.

The state of the Cardinals’ roster and lack of need for a quarterback suggests their best move in the first round is to trade back from the third overall pick. The Raiders need a quarterback, and their seventh overall pick means Arizona wouldn’t have to trade too far back in the first round. With Las Vegas’ pick, the Cardinals get one of the best cornerbacks in the 2023 draft class. Gonzalez has the length, athleticism, and instincts to give the Cardinals’ secondary a much-needed upgrade after they allowed the ninth-most passing yards in the NFL next year.

Besides getting help in the secondary, putting more pressure on the quarterback is another way for the Cardinals to improve their passing defense. Arizona was a middle-of-the-pack team in that respect this year, but between their sack leaders, defensive tackle Zach Allen is set to become a free agent and Watt has retired. On top of that, edge rusher Markus Golden also played 2022 on an expiring contract.

The 6-foot-3, 235-pound Smith is an excellent option early in the second round as one of the most physical and athletic players in college football this year. He’s exceedingly hard to block in the run game with his strength and explosiveness, and he uses that explosiveness off of his first step to generate hand power and get the jump on offensive linemen in his pass-rush attack. Smith even has some experience dropping into coverage, so this is a player that would be able to play every down for Arizona in the near future.

As a sixth-year senior, Mauch’s experience and age lend themselves to him being a plug-and-play starting offensive lineman wherever he ends up. Primarily a left tackle throughout his time at North Dakota State, Mauch’s lack of length might mean he projects better kicking inside to guard at the next level.

Don’t let that one trait fool you. Mauch has good size at 6-foot-6 and 310 pounds and great athleticism to pair with it. His great mobility lends itself well to lead blocking on pulls and screens as well as getting depth in pass-blocking sets. Arizona could use some blocking help up front so Murray isn’t running for his life. Mauch could easily follow in the footsteps of his Bison teammate Cordell Volson, a right tackle that shifted to guard for the Bengals this year and has played well.

Arizona may be losing Allen, their excellent run-stuffing interior defensive lineman with pass-rush upside, in free agency. So why not replace him with a prospect that excels in similar facets? They passed on a chance to draft top prospect Jalen Carter with the third overall pick, so they finally got their guy here in the third round.

Smith was a top-tier run defender in Michigan’s defense thanks to his massive frame and outstanding strength. He uses that power to drive blockers backward and into the quarterback’s lap in the passing game, and he can also take advantage of twists and stunts with his great athleticism. The pass-rush upside is there for sure with some development, but at the very least, his run-stopping ability would be a massive asset for Arizona.

Cardinals running back James Conner enters the second year of his three-year contract extension next season, but behind him, they really only have Keaontay Ingram, their 2022 sixth-round pick. In very limited action, Ingram didn’t give much reason for optimism, rushing 27 times for just 60 yards in his rookie season, an average of just over two yards per carry.

Brown was a standout player as a volume rusher in the Illini offense this season, averaging five yards per carry on 328 carries for 1,643 yards and 10 touchdowns. With fantastic speed and good elusiveness, Brown always has a chance to hit a home-run play when he’s on the field. He could very well rotate with Conner to take some of the load off of the veteran starter and help contribute on passing downs as a pass-catcher and has some upside in pass protection.

There’s a non-zero chance wide receiver DeAndre Hopkins plays elsewhere next season, and the Cardinals can save $12 million in cap space if they cut Robbie Anderson at any point this offseason. On top of those two, A.J. Green and Greg Dortch are both set to hit free agency (though Dortch is a restricted free agent). That really would only leave Murray with Marquise Brown and an injury-prone Rondale Moore as his weapons at wide receiver.

Nacua excelled as Zach Wilson’s top weapon in 2021 and ran it back as Jaren Hall’s No. 1 guy in 2022. He’s an explosive athlete with excellent ball skills that could end up stepping into Arizona’s “X” receiver spot should Hopkins leave.

The Cardinals have two young guys, Zaven Collins and Isaiah Simmons, that were solid as their two starters at linebacker this season, but behind them, every single depth piece is set to become an unrestricted free agent. Williams doesn’t project to be a starter in his first year, and that’s OK for the Cardinals defense. He needs some development at the position as far as strength, play speed, and instincts, but he can be a contributor on special teams right away until he’s ready to step up on defense.

Zach Ertz will be back healthy at some point next season after tearing his ACL and MCL in Week 10, and Trey McBride showed some promise for the Cardinals’ future starting tight end spot late in the season.

Taking Schoonmaker in the sixth round provides more depth at the position. He’s a reliable blocker in the run game and can be a solid pass-catching option downfield with good hands, ball skills, and contact toughness.

What if the Cardinals’ new regime doesn’t love the idea of keeping Murray around as the franchise quarterback? Taking a flier on a guy like Duggan late in the draft would be a strategic move.

Duggan started this season for TCU as their backup quarterback and finished it as a Heisman finalist thanks to his playmaking ability. He can push the ball vertically downfield as a passer, succeed in a quick-game, RPO offense and rip off big runs himself. He’s inconsistent with reading defensive coverages and accuracy, but his upside as a pure athlete at the position could be something that intrigues the Cardinals’ new regime from a developmental standpoint. If nothing else, he could end up being a solid backup.