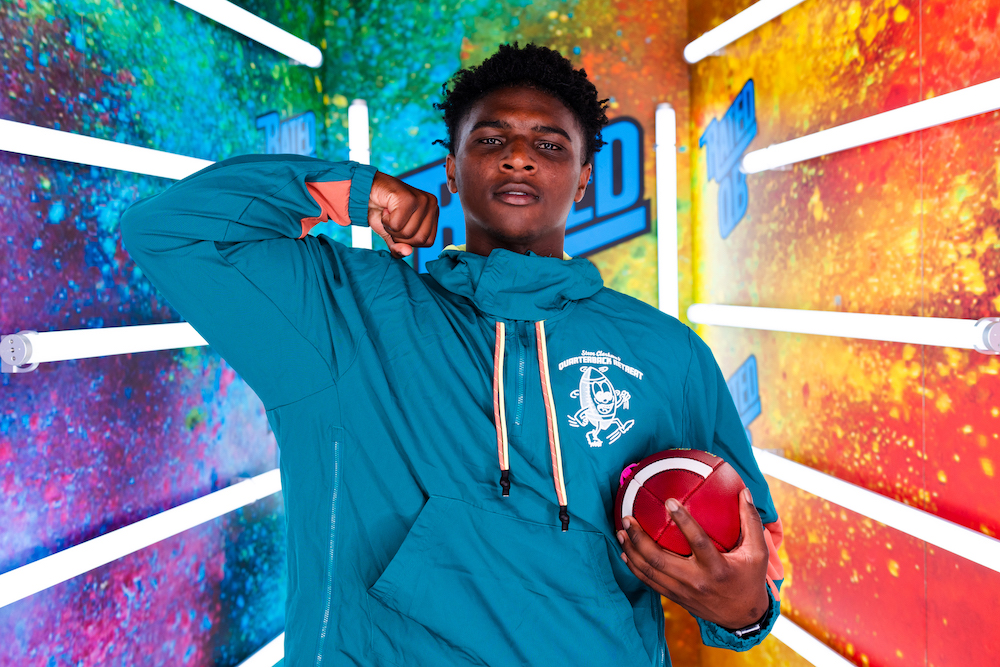 How Cameron Ward Can Elevate His Game At Washington State

The talk of the 2023 NFL Draft quarterback class  is centered around a slew of familiar names from all-too-familiar faces:

But that isn’t where this quarterback class stops. And as recent years have reminded us, top quarterback prospects like to come out of left field in their final season of pla —as Baker Mayfield, Kyler Murray, and Joe Burrow did in evolving their respective narratives from fringe prospects to top-flight picks. The success stories are, of course, of varying degrees. But nevertheless, draft stock can be quickly inflated with a high-level performance in one’s final season.

That’s why despite the fact that this year’s quarterback class feels pretty elementary at the top, I’d contest it is still very much a wide-open race in all phases. While the previously mentioned names offer plenty of appeal, there’s a slew of talented passers who could take massive leaps this season.

BYU’s Jaren Hall is one. Georgia Tech’s Jeff Sims just got a glowing review from our very own Damian Parson for his athletic gifts. Hendon Hooker and Anthony Richardson in the SEC are dual-threats with big arms. And let’s not forget about Washington State’s Cameron Ward.

Ward is the furthest off the beaten path as a transfer into Washington State this year after two seasons at the University of Incarnate Word. UIW, by the way, is based in San Antonio, Texas and posted its first 10-win season in program history under the direction of Ward at quarterback. You know, just in case you weren’t familiar with the program.

Ward helped put it on the map before making the transition to Washington State this past offseason, posting monster numbers—he had nearly 7,000 passing yards in 19 games as the team’s starting quarterback. Now, I’m not a math guy, but I know more than 360 passing yards and 3.5 touchdowns per game is impressive. And then you turn on the tape.

Ward played these past two seasons in a pass-heavy spread offense engineered by coach Eric Morris. Morris, who is now also in Washington State as the offensive coordinator, was Patrick Mahomes’ offensive coordinator at Texas Tech once upon a time—and it shows. Ward’s stylistic play echoes plenty of the thrilling reps that made Mahomes a bundle of fun and Ward has his own fair share of physical talent to call upon at any given time as well. The free-wielding style, the casual arm slot throws, the extended play ability to allow things to develop down the field, and the high-level ball-handling skills in the mesh point… you can see the flashes.

And with the success of the aforementioned Mahomes, who is a top-three quarterback in the game (and he ain’t No. 3), one can very easily envision a skyrocketing stock for Ward this fall and winter. He’ll still have Morris and the same offense at his disposal, but he’s going to have to take some big steps forward in several areas of his game.

While the numbers are eye-popping, they are aided by a lot of schemed throws and quick access with screens to the perimeter. And while you enjoyed seeing Ward extend plays and make things happen amid a chaotic offensive front in front of him, the chaos of a poor offensive line has bred some bad habits that he’ll need to polish out. If Ward is going to maximize his stock for the next level in 2022, here are the phases I’d like to see the most growth:

If Ward can successfully engineer changes for the better on all (or even some) of these fronts while transitioning from the FCS level to playing Power 5 football, he’s going to be a highly intriguing prospect to assess and grade versus his colleagues eligible for the 2023 NFL Draft. From a raw skills perspective, he may be near the top. And, as a former Wing-T quarterback in high school, he’s still new to doing a lot of the things he’s done over his first two years of college ball at Incarnate Word.

All of this adds up to a high variance of outcomes for Ward as he enters his junior year. But thanks to how productive he’s been and how physically gifted he is, one has to imagine that the vast range of outcomes features several astronomically high-end results—high enough to assert himself into the upper echelon of a very wide-open quarterback class for the year ahead.

Step one is a season-opening date with Idaho, but we’ll find out what kind of season Ward is going to have fairly quickly given the Week 2 matchup against Jim Leonhard’s Wisconsin Badgers’ defense (in Madison!) and a Week 4 matchup against Dan Lanning’s Oregon Ducks. Pass those tests with flying colors and you’ll quickly see Ward’s name shooting up stock watches.