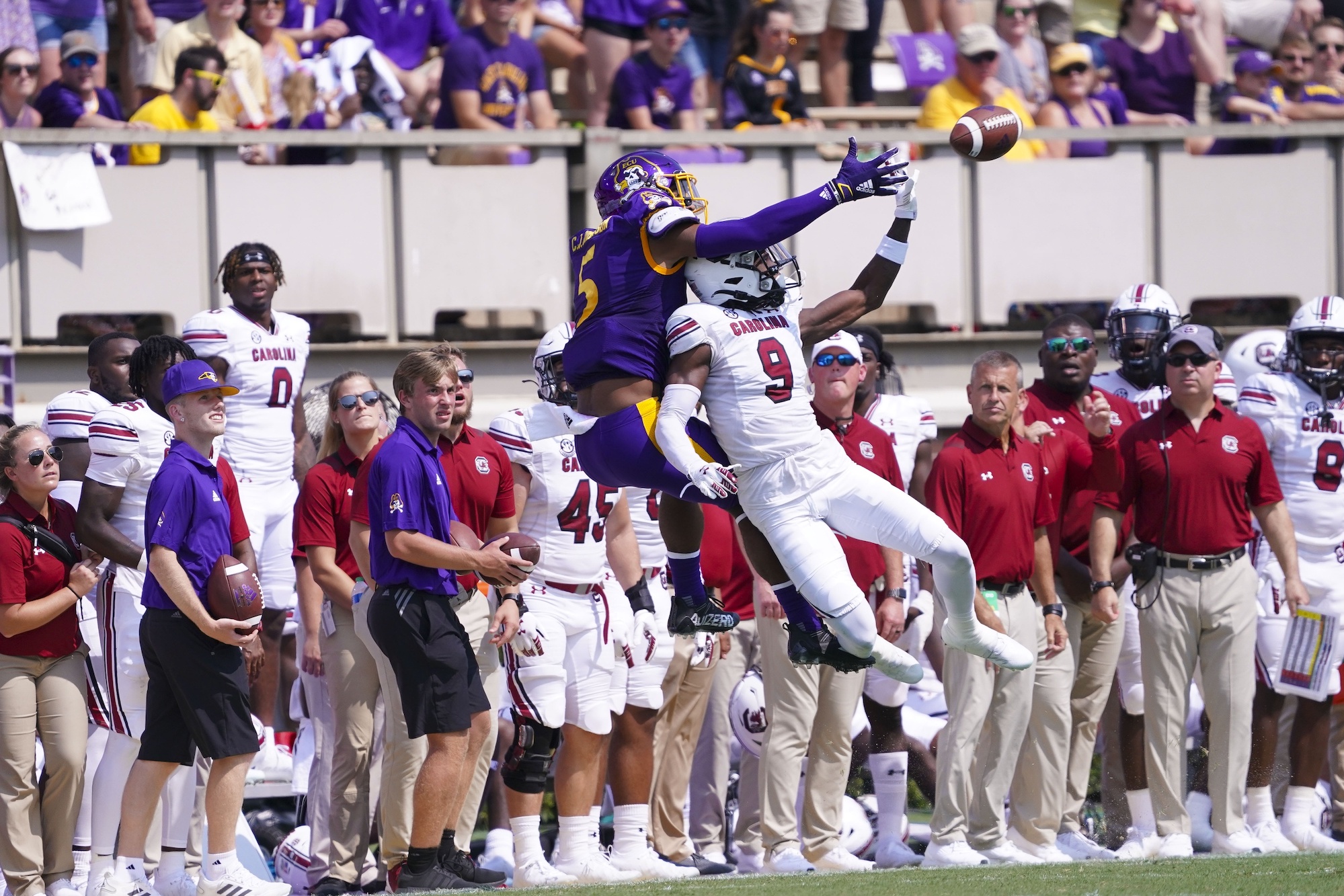 Why Cam Smith Can Be 1st-Round-Caliber Prospect

There’s no denying that the evolution of the NFL into a passing league has placed a premium on the cornerback position. With all the dynamic young quarterbacks and wide receivers across the NFL in addition to favorable rules for throwing the football, teams are desperate for talented defenders in coverage to slow down the explosive passing attacks across the league. In each of the last three NFL drafts, two cornerbacks were picked among the top 10 selections, including two of the top four picks in 2022.

In The Draft Network’s summer scouting efforts, we’ve identified some intriguing prospects at the cornerback position that are eligible for the 2023 NFL Draft. To the surprise of absolutely nobody, the highest saturation of premium cornerback talent is found in the SEC. Perennial powerhouses Alabama and Georgia feature the likes of Eli Ricks and Kelee Ringo respectively, but South Carolina’s Cam Smith cannot be overlooked when discussing the top cornerback prospects in college football.

A four-star recruit, the South Carolina native took his talents to Columbia despite offers from Georgia, Tennessee, North Carolina, and Florida State, among others. While South Carolina has mostly been a middling team, it has produced big-time NFL talent at the cornerback position like Jonathan Joseph, Stephon Gilmore, and Jaycee Horn. Smith could be next in line.

Smith is a rising redshirt junior that earned playing time in 2019 and 2020 before breaking out in 2021 en route to second-team All-SEC honors. Smith was dominant last season, conceding just 15 receptions on 32 targets in 11 games. Only 10 of those catches resulted in a first down while opposing quarterbacks had a passer rating of 36.5 when targeting Smith in coverage.

The data indicates that quarterbacks found little success when testing Smith in coverage and the skill set revealed when studying his game tape makes it clear why that is the case and why he is such an appealing prospect.

Smith is a complete defender that offers versatility and appeal in any coverage technique. He has the quick feet, loose hips, and reactive athleticism to mirror routes and stay in phase in man coverage. Smith is aggressive in press coverage to crowd releases and creates early disruption at the line of scrimmage. He is a sharp processor with strong play recognition skills that thrives in zone coverage.

While Smith is a skilled defender with an appealing athletic profile, it’s his mindset and competitive toughness that drew me in when studying him this summer. This is a player that embraces the physical components of the position. He loves to tackle and is enthusiastic about playing off contact with no passive tendencies. With NFL defenses gravitating more toward subpackages, which leads to lighter boxes and smaller personnel on the field, defensive backs that are eager to trigger downhill and tackle are needed. Smith firmly checks that box.

What often separates good corners from great corners is ball skills and how a defender can produce game-changing plays on the football. In 2021, Smith collected three interceptions and 11 pass breakups. When you are reminded that he was only targeted 32 times and allowed just 15 completions, it’s remarkable that 41% of the time that Smith was tested he got his hands on the football.

I’ve certainly painted a rosy picture of what Smith brings to the table but he isn’t a flawless prospect. Smith is listed at 6-foot and 185 pounds and he would benefit from adding mass and functional strength to complement the physical and aggressive style of play he exhibits on the field. Speaking of aggressive play, it can get the best of Smith in press coverage where there are instances of him over-extending and losing control when his sequencing isn’t as intended. There is also another level of consistency he can achieve as a tackler—there are some occasions where he fails to wrap up and comes up empty on tackle attempts.

The player Smith reminded me of when studying his tape was Greg Newsome. A first-round pick by the Cleveland Browns in the 2021 NFL Draft out of Northwestern, Newsome earned a starting role as a rookie and illustrated plenty of promise that he can be an impact defender in the NFL. Smith and Newsome have similar body types and athletic profiles and execute with a high football IQ, physicality, toughness, and coverage instincts. They both offer versatility and I can see Smith having a similar arc as a prospect to complete the comparison. That said, Smith has the upper hand on Newsome when it comes to ball skills.

With any prospect that has garnered preseason hype, how they perform with those expectations is always quite telling. Smith isn’t a secret and expectations are high for him in 2022 to cement himself as a top cornerback prospect. He has every requisite trait needed to fulfill that promise and facing an SEC schedule with Clemson among the Gamecocks’ non-conference schedule, Smith will have every opportunity to stack another dominant campaign on top of last year and solidify himself in the first-round conversation.