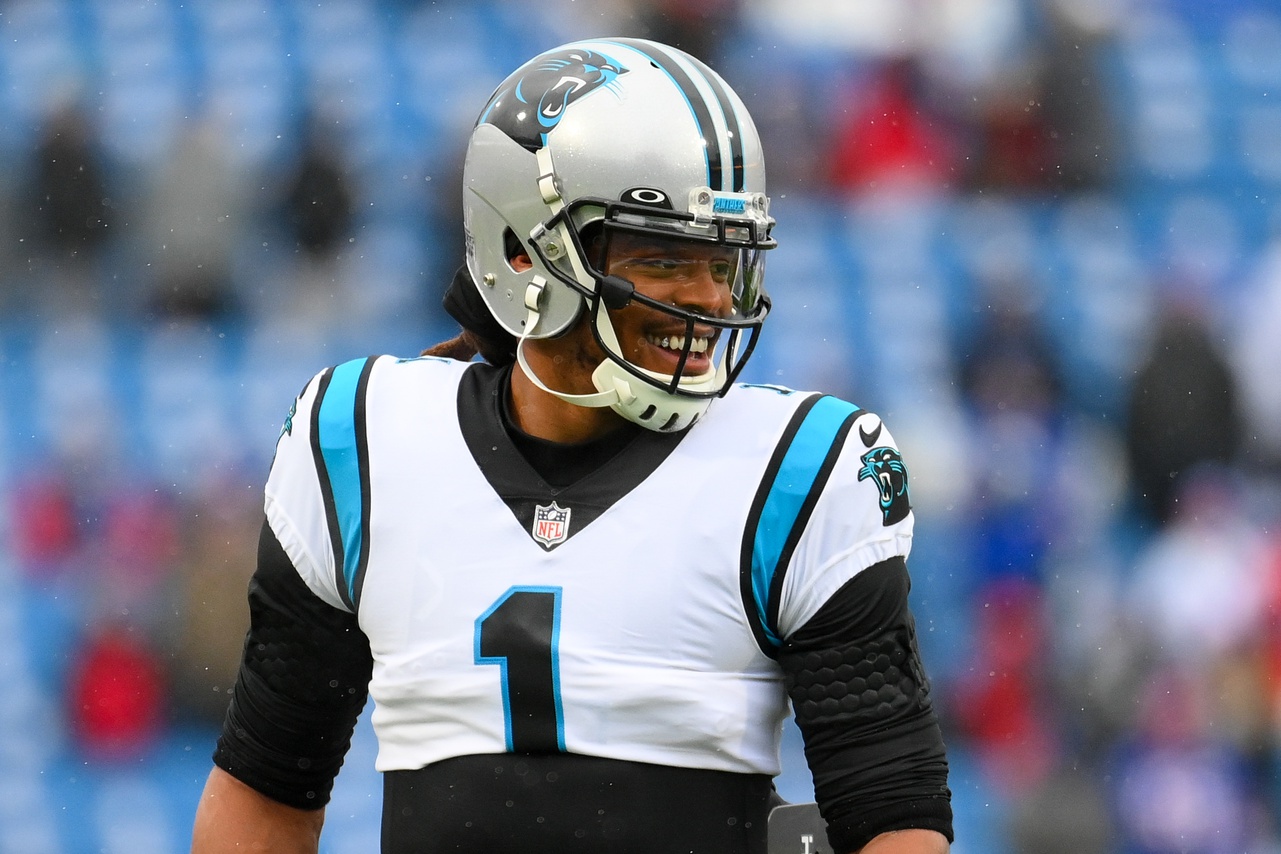 According to a ProFootballTalk report, the Cleveland Browns are internally bracing for an eight-game suspension for quarterback Deshaun Watson. The league continues to investigate Watson’s alleged off-field behavior and a suspension is expected to arrive sooner rather than later. Once the league’s punishment is officially announced, the Browns will have to decide who to move forward with at quarterback during Watson’s absence. The same report indicates that there has been some “chatter” about the Browns adding veteran free-agent quarterback Cam Newton as a stopgap option.

While it’s wise for the Browns to consider all avenues, signing Newton wouldn’t move the needle forward.

The 33-year-old Newton looked well past his prime in 2022. The 2015 MVP signed with the Carolina Panthers in mid-November but proved incapable of writing the legendary reunion story the masses longed for. Newton ended up appearing in eight contests for the Panthers, starting five. The Panthers went 0-5 in Newton’s starts, and his performances left plenty to be desired.

Newton completed just 54.8% of his passing attempts (60-of-126) for 684 yards. Newton threw more interceptions (five) than touchdowns (four). He also averaged a career-low 5.4 passing yards per attempt, which was a full yard less (6.4) than his previous season-low average. A week 12 lowlight especially stood out, as Newton completed just 5-of-21 passing attempts for 92 yards, two interceptions, and a 5.8 passer rating in a blowout defeat to the Miami Dolphins. Newton’s 23.8% completion percentage was the lowest for a quarterback with at least 20 passing attempts since Joey Harrington in 2004. Newton showed additional carelessness with the ball, fumbling five times, and was lucky enough to lose just one of those fumbles.

In the interest of fairness, it’s worth acknowledging Newton would be inheriting a much better supporting cast in Cleveland than the one he joined in Carolina. The Panthers had issues all across their offense, particularly at running back (with Christian McCaffrey on the sidelines) and throughout the offensive line. Fellow quarterbacks Sam Darnold and P.J. Walker didn’t fare much better in Carolina last season than Newton did, and there’s a reason the Panthers have spent the previous few campaigns rotating quarterbacks in and out of the lineup. Baker Mayfield is the next man up, with rookie Matt Corral waiting in the wings.

In Cleveland, Newton wouldn’t be asked to do the heavy lifting. He’d be tasked with leading a run-heavy offense that arguably features the league’s best one-two backfield tandem in Nick Chubb and Kareem Hunt. The Browns are expected to be a little pass-heavier with Watson under center, but head coach Kevin Stefanski will likely wait for Watson to be cleared before fully unleashing his new-look offense. If signed shortly, Newton would also have a proper offseason to grasp Cleveland’s system, something he didn’t have in Carolina last season. Although there’s a potential path for Newton to be successful in Cleveland, we can’t endorse such a move based on his performances last year.

Backup quarterback Jacoby Brissett remains the favorite to start at quarterback should Watson be suspended and represents a better fit than Newton. Browns General Manager Andrew Berry understood the risk when he acquired Watson and he identified Brissett as the insurance, signing the veteran journeyman to a one-year contract worth nearly $5 million. Brissett has been battle tested and is plenty familiar with stepping into less-than-ideal situations.

When Andrew Luck unexpectedly retired in Indianapolis, Brissett stepped up to the plate and started 15 games for the Colts in 2019. Brissett played for the Miami Dolphins last season, often replacing the injured (or underperforming) Tua Tagovailoa. Brissett’s crisis-management skills have been off the charts in recent years, and it’s likely at least partially why the Browns identified him as a good fit for their unique situation.

The Browns continue to wait for official word regarding Watson’s suspension. Their front-office brass has gone through the motions by discussing all potential outcomes. Backup plans have been identified. Newton’s name was allegedly mentioned, but he doesn’t represent an upgrade. Brissett is a better option.