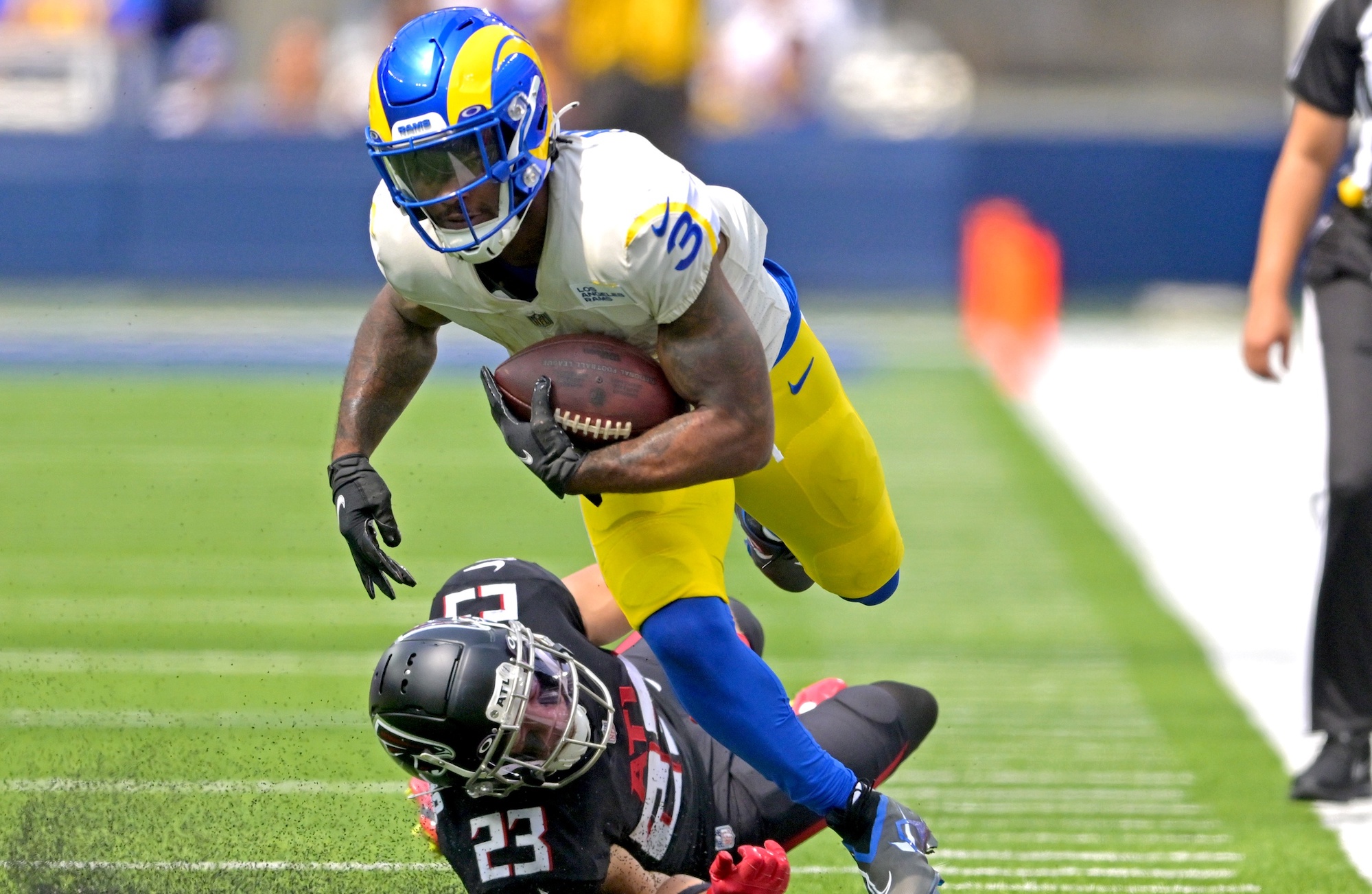 Los Angeles Rams running back Cam Akers has likely played his last down for the team as all parties involved explore potential trade opportunities, according to multiple reports. Rams head coach Sean McVay recently confirmed the two sides are working through some philosophical and football-related differences. Akers was a healthy scratch in Sunday’s win over the Carolina Panthers as a result.

Akers has rushed for 151 yards and a touchdown in five regular-season appearances this season. The former FSU product is averaging just 3.0 yards per carry as he struggles to return to form from a torn Achilles injury. Los Angeles’ underwhelming offensive line hasn’t helped manners, either.

The No. 52 overall selection in the 2020 NFL Draft, Akers averaged 4.3 yards per carry as a rookie. His services will be sought after despite the lackluster performances he’s put forth this season. We’ve swiftly identified three potential destinations.

The Bills have recently been tied to a potential trade for Panthers superstar running back Christian McCaffrey. Acquiring McCaffrey would be expensive from both a contract and compensation standpoint. Akers represents a cheaper alternative option that may interest Bills general manager Brandon Beane. Akers is on the books next season for a base salary of just $1.451 million, per Spotrac.

Bills starting running back Devin Singletary hasn’t placed a stranglehold on the lead job. Singletary has gained 256 yards on 57 attempts (4.5 yards per carry) and has yet to score a rushing touchdown. Presumed backup Zack Moss has been a non-factor.

Furthermore, Akers possesses a fairly notable connection to a member of Buffalo’s staff. Current Bills offensive line coach Aaron Kromer served as Los Angeles’ run game coordinator for three seasons (2018-20), including Akers’ breakout rookie campaign. Kromer knows Akers as well as any coach in the league. He may consider advocating for the Bills to acquire Akers.

The Broncos suffered a significant blow when Javonte Williams suffered a season-ending knee injury in Week 4. Melvin Gordon is averaging 3.7 yards per carry this season and has fumbled on four occasions (losing two). Gordon didn’t appear capable of replacing Williams in Thursday’s horrendous overtime defeat to the Indianapolis Colts. Mike Boone outperformed Gordon in that contest, but the Broncos shouldn’t rely on Boone to carry a heavy workload down the stretch.

Broncos head coach Nathaniel Hackett appreciates how an effective rushing attack could open up the passing game after working alongside Matt LaFleur in Green Bay. Heading into Monday night’s divisional showdown with the Los Angeles Chargers, the Broncos own the league’s 19th-ranked run offense (112.6/game). Improvement must be achieved.

The Vikings aren’t in the market for a starting ball-carrier. Dalvin Cook remains their workhorse, but Akers could be viewed as a cheap, high-upside backup. Minnesota could fit Akers’ 2023 base salary (under $1.5 million) into their plans. Backup running back Alexander Mattison is on an expiring contract and will likely explore alternative options during the upcoming offseason. Mattison has hardly been involved this season. Akers could be effectively utilized as a change-of-pace back behind Cook.