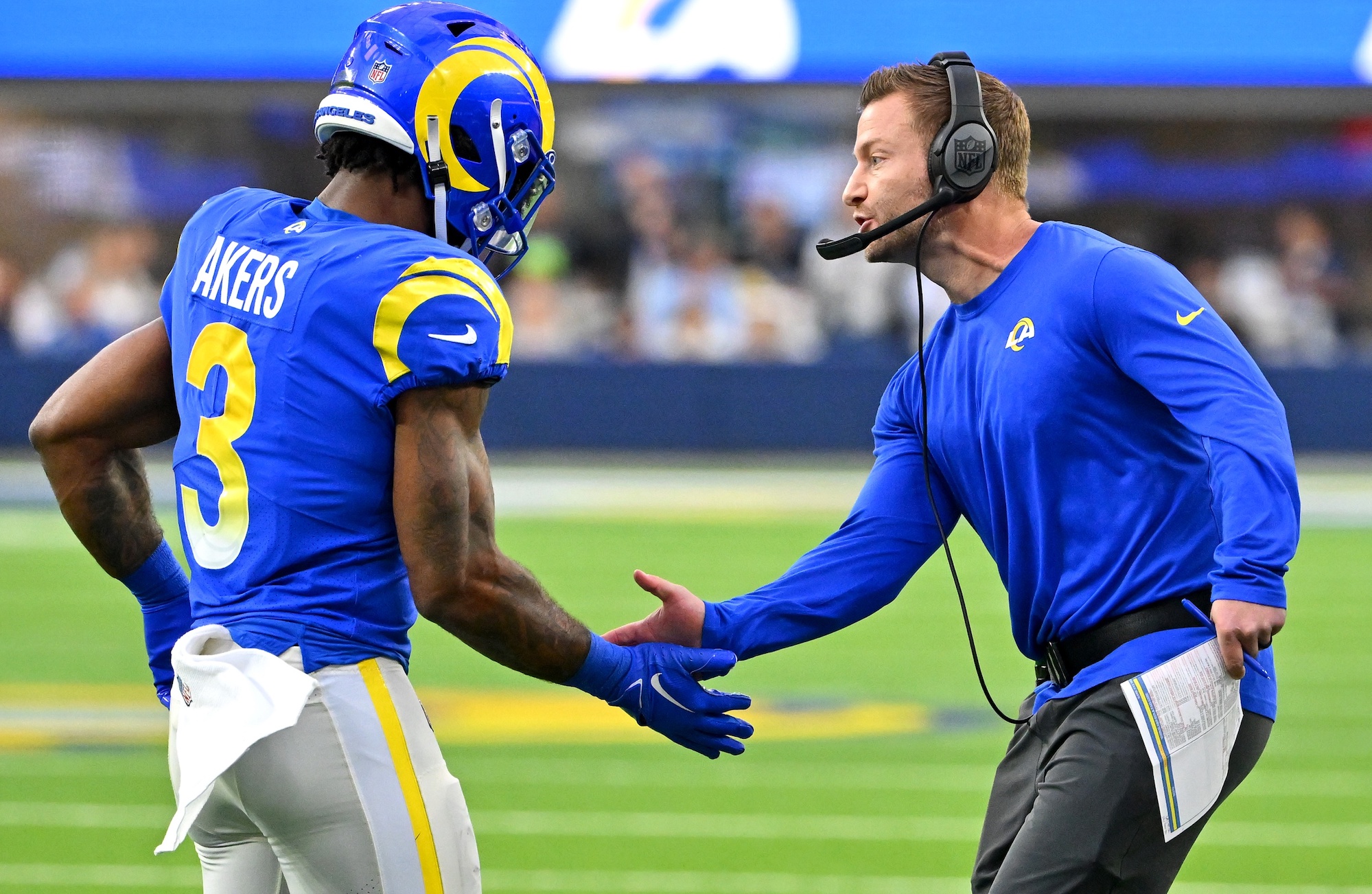 Does Cam Akers Have Long-Term Future With Rams?

After a year full of ups and downs and uncertainty about his future in Los Angeles, Rams third-year running back Cam Akers has started to carve out a role for himself in the offense. As the Rams’ lost season begins to come to a close, it’s worth asking whether that role is enough to keep him around next year.

As a rookie in 2020, Akers was one of the biggest revelations for the Rams when he started to break out late in the season. Playing in his first two career NFL playoff games, the Florida State product rushed for 221 yards on 46 carries (4.8 yards per rush) with two touchdowns and 51 receiving yards. At the time, it seemed to cement Akers’ status as a big part of the future of Los Angeles’ offense.

Disaster struck just a few months later when, during a workout ahead of training camp, Akers tore his Achilles tendon, something that’s almost always a death sentence for running backs. Not for him. Almost miraculously, the then-second-year back managed to make his return to NFL action last January, less than six months after the injury. He took a heavy share of the carries in the Rams’ ensuing postseason run, including three starts in the divisional round, NFC Championship Game, and Super Bowl.

Though his production in 2021 was comparatively limited to what he had done as a rookie, Akers’ shockingly quick return from his Achilles injury suggested he might be able to play a real role for the team in 2022. But despite head coach Sean McVay’s verbal commitment to the third-year player as the starting back ahead of the season, Akers was rarely on the field early in the season. When he did play, he was mostly unproductive. As a result, he requested a trade after Week 5 and didn’t play in the two subsequent games ahead of the trade deadline. The deadline came and went though, and Akers stayed in Los Angeles.

Since then, and especially recently, the Mississippi native has slowly but surely returned to starting form. In Week 10 against the Arizona Cardinals, Akers put up 22 yards on six carries. In New Orleans one week later, he rushed for 61 yards on 14 carries against the Saints. That performance, along with rookie Kyren Williams’ rise into the active lineup, led the Rams to a decision to waive Darrell Henderson Jr., who had been their lead back for most of the season. In the four weeks since, Akers is back to averaging more than four yards per carry with 204 rushing yards and three touchdowns on 49 carries. In that span, he’s looked more confident in himself and his legs with good cuts and physicality to find gaps and gain extra yards.

Opening drive TD for @thereal_cam3 and the @RamsNFL 🙌

Against the Green Bay Packers on Monday night, Akers finally had his first 100-yard game since the 2020 playoffs. He rushed for a season-high 65 yards on 12 carries (5.42 yards per carry) and caught three passes for 35 yards, leading all Los Angeles rushers and receivers on the night. On a night in which the Rams had just 156 yards of offense, the third-year back was one of the only bright spots.

As Akers has rounded back into starting form—and looked good doing it—there’s really no reason for the Rams to move on from him in the offseason with one year left on his rookie deal. Williams, the rookie, has been excellent in limited snaps as well, so now that Los Angeles has been mathematically eliminated from playoff contention, the team may try to give him more looks in the coming weeks. But given Akers’ recent performance, the Rams should be more than willing to give him another chance at the starting gig, at least to start next season, now that he’s started to find his groove a year after his return from injury. He certainly has looked up to the task over the last five weeks.