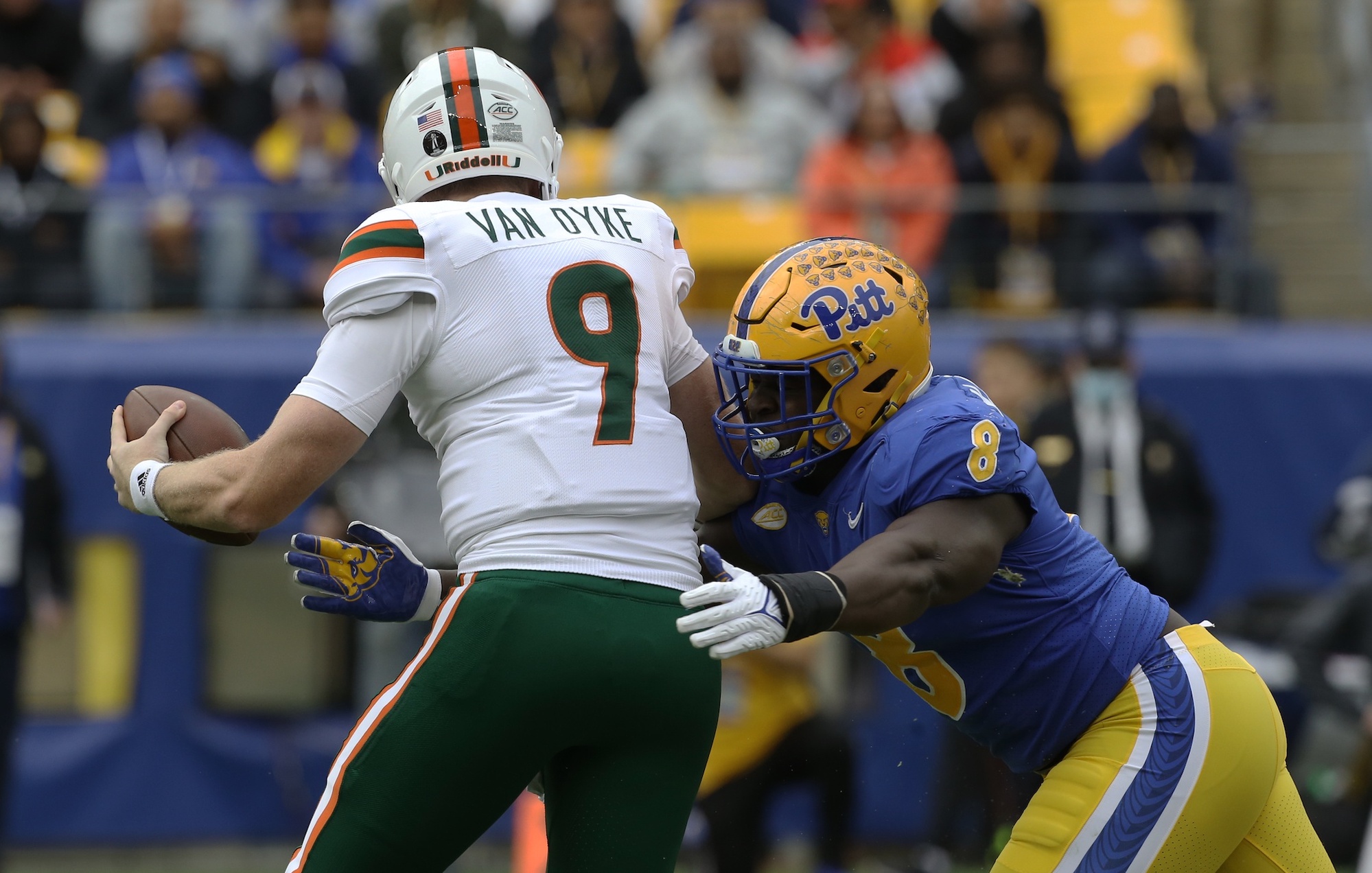 Before we take a deep dive into 2023 NFL Draft prospect Calijah Kancey, let’s remember that Aaron Donald and Jalen Twyman were the last two defensive tackles drafted out of Pittsburgh and both were undersized. The No. 13 pick in the 2014 NFL Draft, Donald measured 6-foot-1 and 285 pounds at the NFL Scouting Combine. Twyman checked in at 6-foot-2 and 301 pounds, but his pre-draft process was focused on bulking up. Pittsburgh listed Twyman at 290 while the Minnesota Vikings, who drafted him in the sixth round of the 2021 NFL Draft, have him at 285.

While Donald and Twyman didn’t check the boxes when it comes to preferred size for an NFL defensive tackle prospect, both performed well at Pittsburgh as penetration-style defensive tackles that lived in their opponents’ backfield. Inevitably, comparisons between Donald and Twyman persisted. In reality, Twyman’s explosiveness, technique, motor, power, pass-rushing prowess, and run defense didn’t come close to measuring up to Donald.

Invoking Donald’s name as a comparison for any defensive tackle prospect should be done with extreme caution. Donald is among the greatest defensive players in NFL history and every undersized defensive tackle that makes plays behind the line of scrimmage isn’t his second coming, even if they don Pittsburgh’s blue and gold.

Kancey is Pittsburgh’s next undersized defensive tackle prospect and there promises to be plenty of Donald references in the coming months. Kancey is coming off a stellar 2021 campaign where he racked up 13 tackles for loss and seven sacks en route to being named first-team All-ACC.

Pittsburgh lists Kancey at 6-foot and 275 pounds, which is well below desired NFL thresholds, and he doesn’t appear to offer much in the way of arm length.

With all the disclaimers regarding undersized defensive tackles from Pittsburgh out of the way, we can focus on what Kancey brings to the table as a prospect and the challenges that exist with his projection to the next level.

When watching the Panthers’ defense, Kancey is impossible to miss because he plays with so much energy. He’s a spark plug on the interior of the defensive line that explodes off the ball with urgency. His lack of size is apparent but so is his competitive toughness—he concedes 30-plus pounds to most blockers he faces but that doesn’t prevent him from bringing the fight to every rep.

Kancey does well to utilize his quickness and built-in leverage to win with first contact and control blocks. He is effective at working to the edges of blocks and he is slippery when working off contact. He features a low center of gravity with impressive flexibility, which blends together to provide him with excellent contact balance. I appreciate Kancey’s ability to get into the backfield while also remaining under control so that he can impact the game. His ability to redirect and work back across his frame is impressive. While he doesn’t have the length to play with consistent extension, his hands stay busy and he battles throughout every rep to work his hand placement and competes to keep blockers from working into his frame.

For a smaller defensive tackle, Kancey isn’t easily displaced from his run fits. Kancey’s quickness, hot motor, and ability to shoot gaps under control lead to pressure on the quarterback.

There’s no question that Kancey has dynamic playmaking ability in the ACC, but how his game translates to the NFL is fair to question. Overcoming his lack of size in college is one thing but the NFL is another challenge.

It’s easy to love how Kancey plays with quickness and energy, but he has to work overtime to clear his pads and cannot afford any technical lapses in the NFL. His lack of mass and length is notable.

I can’t tell you how many times I’ve had conversations with NFL coaches and personnel evaluators and the phrase “big people beat up little people” comes up. That principle is of an even greater emphasis when it comes to the trenches. Surely NFL opponents will want to “run right at him” and challenge his ability to anchor.

There will be some ideas out there that Kancey could play on the edge to mitigate his size concerns. Perhaps that can be done situationally but he doesn’t have the length to play consistently on the edge and that type of role is a complete projection.

While Calijah Kancey has plenty of time to define his draft stock, I don’t envision the size concerns going away, and counting on players to be the exception to the rule is risky business.