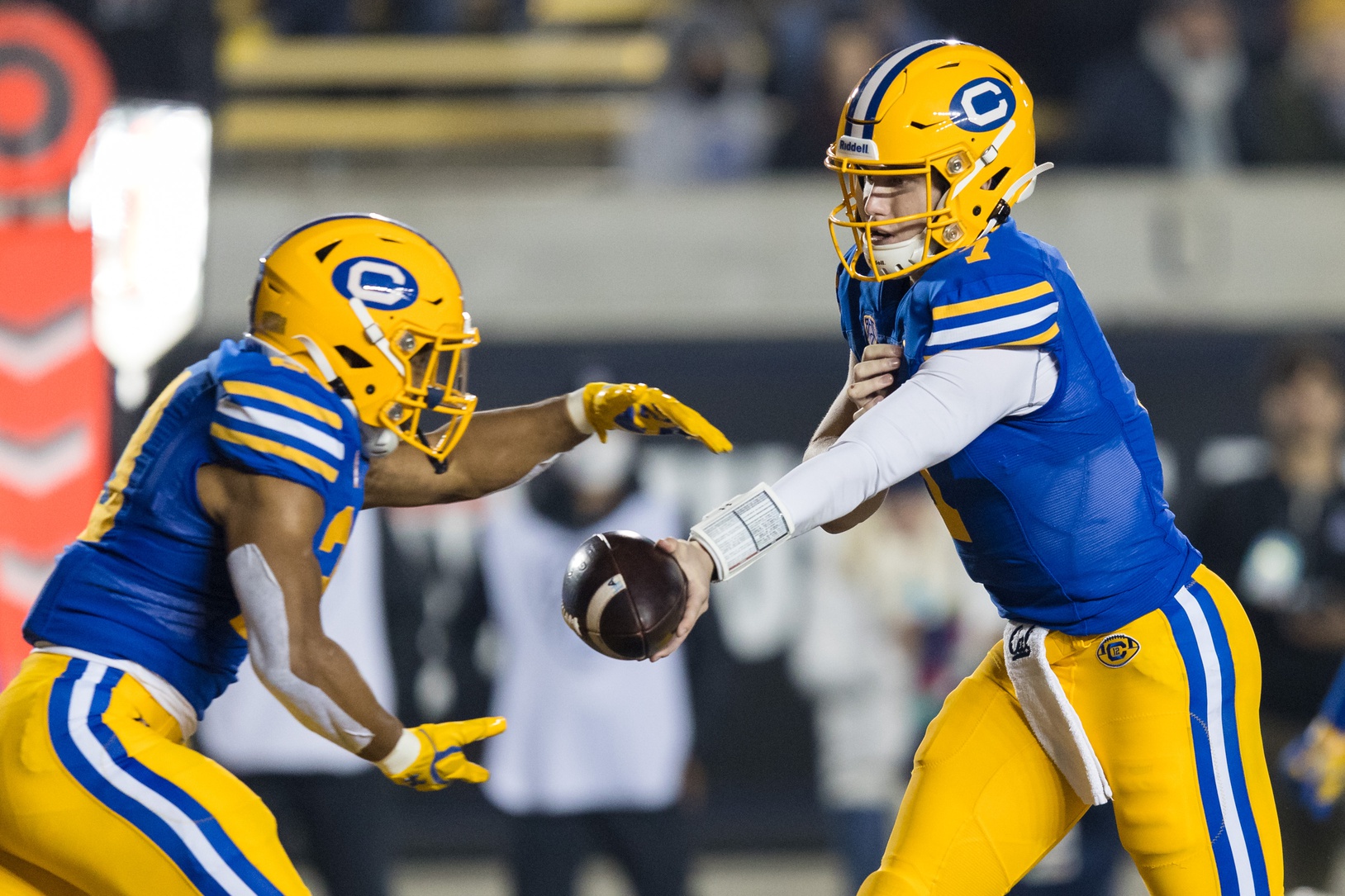 Former Cal quarterback Chase Garbers was surprisingly not on the list when the names for the 2022 NFL Scouting Combine were announced but that hasn’t phased his level of confidence in himself and what he can do in the pros.

“Despite our record this past season, if you go look at the tape from a pure quarterback perspective, I truly do believe I was the best quarterback in the Pac-12,” he said.

Garbers says he was “a little surprised” to not be invited to the combine but that he feels that anything he wanted to show there, he showed at Cal’s pro day.

Much of that has to do with what he’s worked on as a pure passer. He’s already known for how much of an impact he can make on the ground after breaking Joe Kapp’s record as the all-time leading rusher among Golden Bear quarterbacks by rushing for a combined 1,174 yards in college and 11 rushing touchdowns, another program record. Those numbers would have likely been even higher if not for the shortened 2020 season and Garbers’ 2019 collarbone injury.

Garbers credits much of his offseason improvement to working with Jordan Palmer in Dana Point, California and the biomechanics aspect of training that has helped him improve on little things.

“I’ve improved on a lot of things passing-wise,” Garbers said. “Accuracy is one thing […] I was pretty accurate at Cal but I’m taking that next step to NFL accuracy, I would say, and I was very accurate at my pro day. Only two balls hit the ground and they were two big deep balls that were slight overthrows. Deep ball accuracy on my end has improved, though, I know how important the deep ball is in the NFL and just being as accurate as possible to make those big plays.”

The former Golden Bears quarterback met with six or seven teams at pro day, all of which he says he received a lot of positive feedback from.

“The main message between all of them is how smart I am as a quarterback and how the transition for me from college to pro is going to be very easy no matter where I go and how I’m able to pick up and learn a system very quickly,” Garbers said.

Garbers, who was praised by his high school coaches for learning the varsity playbook before he was even out of middle school, has continued to impress teams at every level with his ability to process information quickly and learn a playbook.

“More than half of the game is mental,” said Garbers. “And that’s an area I really pride myself on is knowing the X’s and O’s, the whole mental game. Throwing the ball-wise, [I got] a lot of positive feedback on that: I was pretty accurate, throw well on the run, really good at extending plays with my legs and making plays whether it’s throwing or running.”

He played out his college career in Cal’s old school West Coast offense – a system that bears a great amount of similarities to the styles of offense run in the NFL, something that’s a positive for any quarterback preparing to play in the NFL.

“I think it helps a lot playing in an offense like we did at Cal,” said Garbers. “It’s what probably, I’d say 30 out of the 32 NFL teams run, it’s very similar. It helps knowing a lot of the terminology, knowing what is asked of a quarterback in that system, all the pre-snap checks and all the mental things you have to go through, how to study like an NFL player […] I showed that I could execute that offense at a high level, command a huddle and command a team and lead guys around me and make them better.”

A lot of the responsibilities at the line of scrimmage within the Cal offense are close to what Garbers and other quarterbacks in this draft class will have in the NFL and Garbers took a step in that area between the 2020 COVID season and last year.

Cal didn’t have much of a true spring practice in 2020 and wasn’t able to install a truly complete offense the way it had wanted to but eventually had the chance to do so last season. With that, Garbers’ pre-snap responsibilities grew.

“Obviously looking at the coverage and deciphering what that might be, making checks, kills,” Garbers said. “So we had checks, ‘check with mes,’ kills, alerts, all based off the pre-snap look and what the defense was doing.

“From a quarterback perspective, you have to know the front, where the linebackers are, what blitzes are coming, the coverage behind it in order to get the right play off,” he continued. “Knowing offensive line run schemes so if there’s any miscommunication up there, you can come to the offensive line and know how to block it […] tight ends coming down in protection, checking protections, remixing protections, stuff that you see a lot of great NFL quarterbacks do. I got my feet wet with that in college and how I took that has only progressed and will only continue to progress in the NFL. It’s something a lot of NFL teams like to see going through interviews, breaking down my pre-snap process and how it’s been very similar to what they’ve been doing in the league.”

While he hasn’t received a great deal of attention this offseason the way that some other prospects have, it’s hard to ignore the broad skill set he brings to the table, his ability to make a difference both in the ground game and in the passing game and the tweaks he’s made through draft preparation to become stronger in the latter. These things and more make him a player that should make him an appealing late-round pickup for teams.

Garbers himself is hardly concerned about being passed over or having any issues moving forward.

“The teams who watched the tape know what I bring and know what kind of player I am. At the end of the day, it is what it is and it doesn’t matter how you get to the NFL, it’s how long you stick around – I plan on playing in this league for a while.”