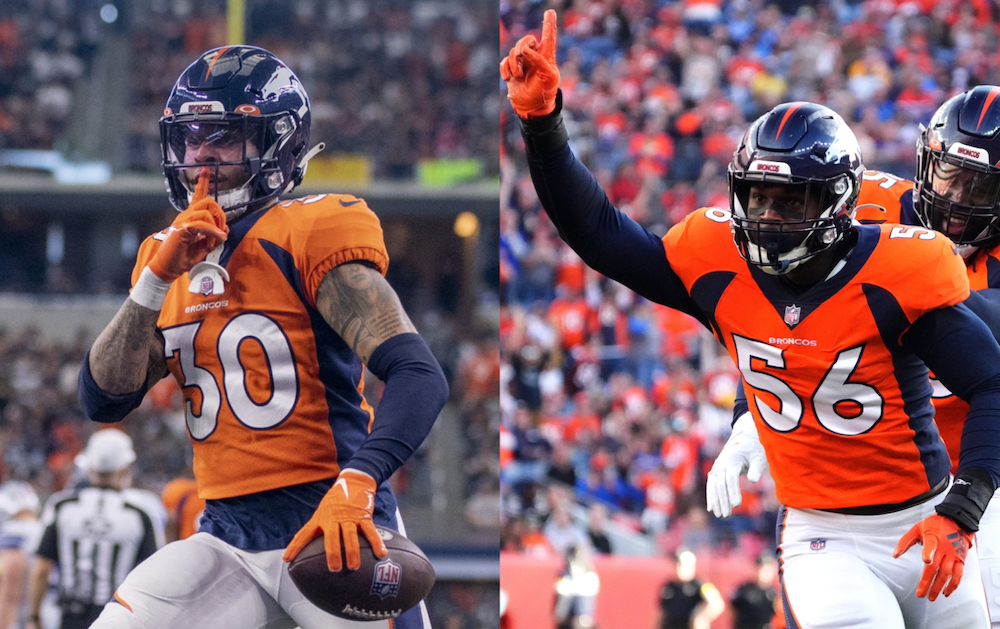 The freefalling 2-3 Denver Broncos were defeated 12-9 in overtime by the lowly Indianapolis Colts in primetime. The ugly contest contained seven field goals, zero touchdowns, and horrid overall offensive play. Denver is left scrambling for answers. The performances of a pair of sophomore defenders represent a banner of optimism in the wake of Thursday’s disappointing defeat, however. Outside linebacker Baron Browning and safety Caden Sterns were outstanding for Denver’s defense.

The No. 106 overall selection in the 2021 NFL Draft, Browning underwent a position change this summer. Browning is notably playing the outside linebacker position despite starting nine games at inside linebacker as a rookie last season. Browning already appears like a natural EDGE defender. Thursday’s performance will surely award Browning with more pass-rushing opportunities throughout upcoming contests.

Sterns wasn’t overshadowed. The No. 152 overall selection in the 2021 NFL Draft, Sterns recorded two interceptions on Thursday while starting in place of injured Pro Bowl safety Justin Simmons. Both of Sterns’ interceptions occurred in the low areas of the middle of the field. Indianapolis’ offense struggled to create spacing issues. The Broncos didn’t respect the Colts’ vertical passing game, and Sterns patrolled the middle of the field for large portions of the contest as a result. It proved to be a fruitful strategy as Sterns forced two crucial turnovers.

Sterns now leads all Broncos defenders in interceptions (2). He’s tied with elite cornerback Patrick Surtain II for the team lead in passes defended (4). Sterns’ willingness to come downhill has allowed him to record 21 total tackles this season. Sterns is living around the football, and the Broncos’ coaching staff will be tasked with finding a way to keep Sterns involved when Simmons returns from injury. Sterns is simply too productive to be stapled to Denver’s bench.

The Broncos need their horses to continue carrying them. Starting offensive tackle Garett Bolles and cornerback Ronald Darby suffered season-ending injuries on Thursday, according to multiple reports. It adds extra emphasis to the performance ceilings of players such as Browning and Sterns.

There’s no use pretending the Broncos are currently meeting expectations, but their defense has been quietly outstanding. Following Thursday’s conclusion, the Broncos are allowing their opponents to score just 16.0 points per contest. That ranks fourth across the entire league. They possess the sixth-ranked passing defense (176.6/game). Continued standout showings from Baron Browning and Caden Sterns would allow Denver’s defense to keep up their elite pace while their offense sorts through troubling issues.